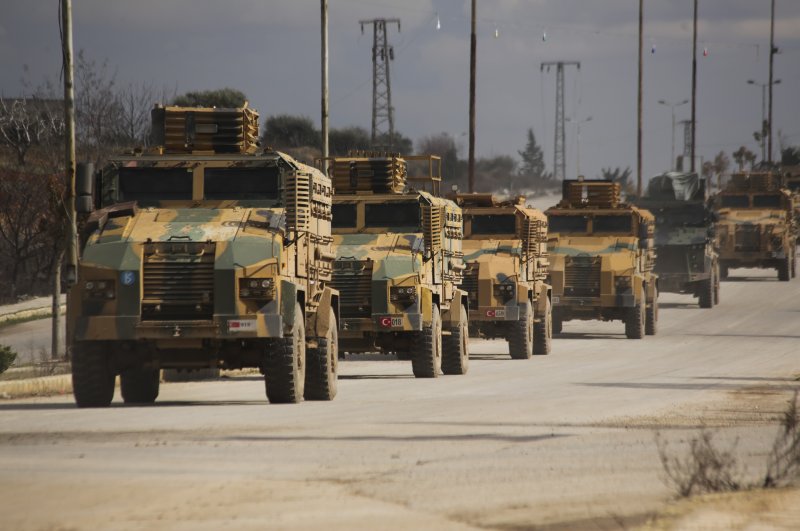 President Recep Tayyip Erdoğan on Friday held a phone talk with U.S. President Donald Trump in the wake of the Bashar Assad regime attack on Turkish troops in Syria’s Idlib.

"President (Erdoğan) reaffirmed our country's determination to clear the area determined by the Sochi memorandum in Idlib from the regime elements," the statement said.

The two presidents agreed on the need for immediate action to avert a humanitarian crisis in Idlib, it added.

Meanwhile, the White House said Trump expressed his condolences over the killing of Turkish troops, condemning the regime attack.

Trump also reaffirmed U.S. support for Turkey’s efforts to de-escalate the situation in Idlib and avoid a humanitarian catastrophe.

Erdoğan and Trump agreed that the regime and its main backers, Russia and Iran, must halt their military assault on Idlib.

The latest crisis stems from a Russian-backed Syrian government military campaign to retake Syria's Idlib province, which is the last opposition-held stronghold in Syria. The offensive, which began Dec. 1, has triggered the largest single wave of displacement in Syria's nine-year war, sending nearly 950,000 people fleeing to areas near the Turkish border for safety.

Turkey has had 54 soldiers killed in Idlib since the beginning of February, including the latest fatalities.