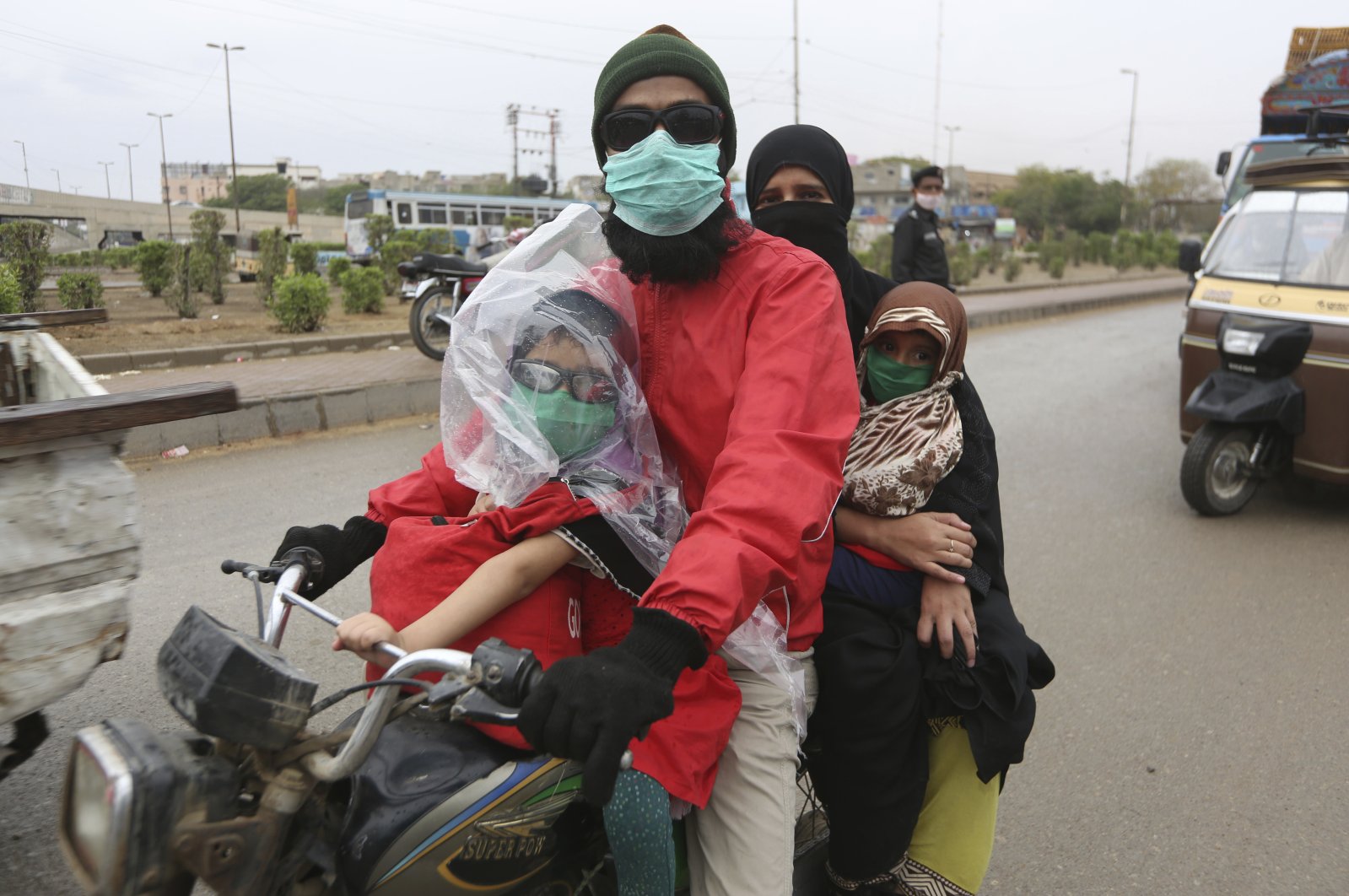 A family travels on a motorcycle wearing face masks during a government-imposed nationwide lockdown, as a preventive measure to contain the coronavirus, in Karachi, Pakistan, Thursday, March 26, 2020. (AP Photo)
by Anadolu Agency Mar 27, 2020 3:50 pm

A hospital Turkey gifted to Pakistan is assisting the government in its battle against coronavirus in the remote areas of northeastern Punjab province.

Prime Minister Imran Khan had inaugurated the facility in February this year.

The hospital is among the three major facilities treating the coronavirus patients in the southern part of the province. It provides free health care to all patients irrespective of their background.

Currently, the hospital, which began its operations in 2014, is treating 25 patients tested positive for the virus, according to Dr. Ibn-e-Rasa, an official of Recep Tayyip Erdoğan Trust, which runs a chain of hospitals in the province.

Apart from Muzaffargarh, the trust is running five hospitals in Lahore, and one in Multan.

It is also handling the management of two major blood transfusion centers in Multan and Bahawalpur districts under an agreement inked with the provincial government in April 2017.

To slow the infection spread, the country has enforced a lockdown with all schools and universities, restaurants, malls and markets remaining shut.