Erdoğan: Turkey will not allow Libyan government to stand alone 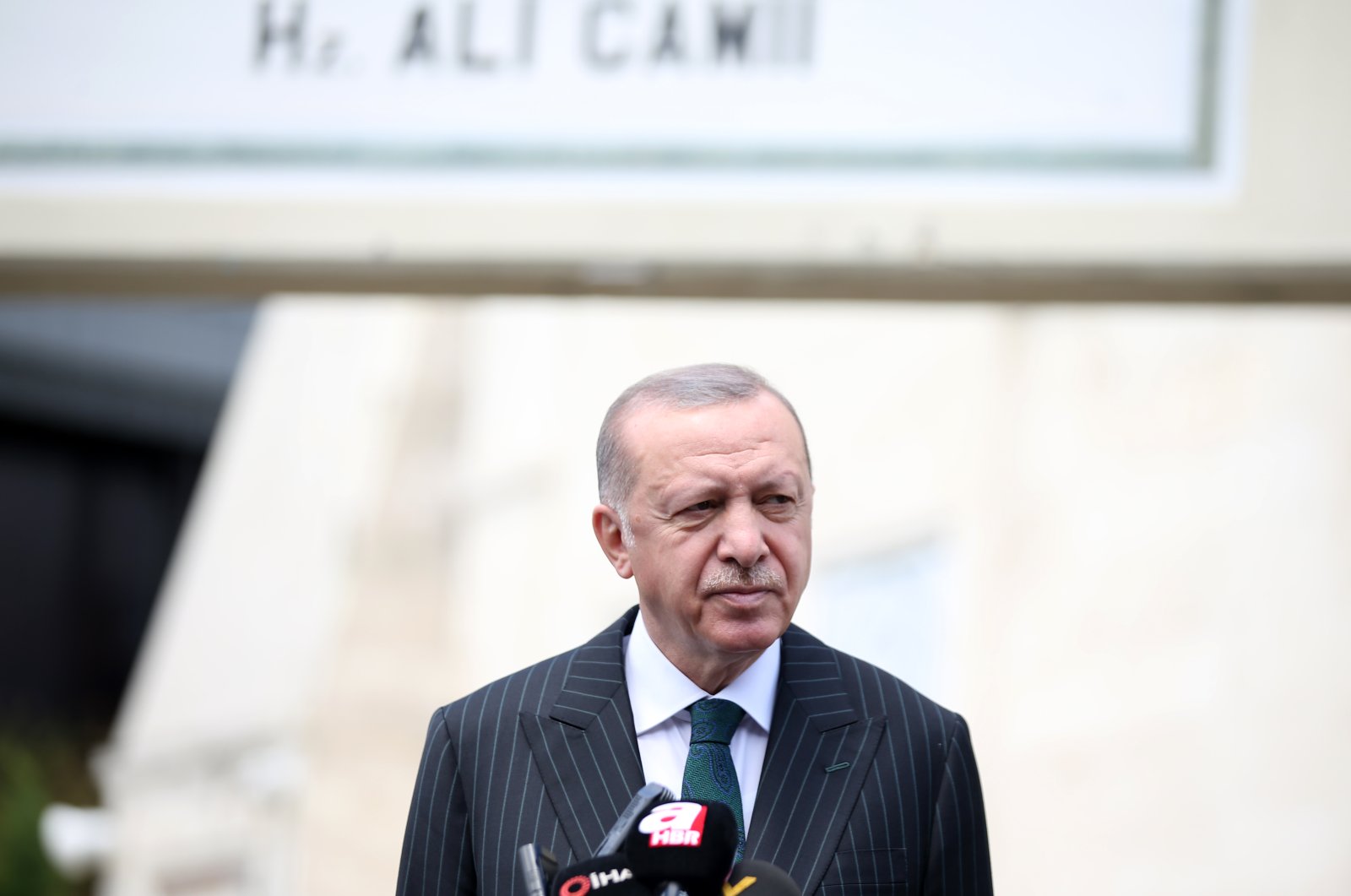 President Recep Tayyip Erdoğan said Friday that Turkey "will not allow our Libyan brothers to stand alone," heralding a new deal with the Libyan government, this time with United Nations involvement.

"Our ties with Libya have a long history spanning over 500 years," the president told reporters following Friday prayers in Istanbul.

Underlining that Turkey was determined to enhance ties with the Libyan government, the president said that the move was part of Turkey's responsibilities.

The maritime pact asserted Turkey's rights in the Eastern Mediterranean in the face of unilateral drilling by the Greek Cypriot administration, clarifying that the Turkish Republic of Northern Cyprus (TRNC) also has rights to the resources in the area. The pact went into effect Dec. 8.

Since the ouster of late dictator Moammar Gadhafi in 2011, two seats of power have emerged in the country – Haftar's forces in eastern Libya, supported mainly by Egypt and the United Arab Emirates (UAE), and the Government of National Accord (GNA) in Tripoli, which enjoys U.N. and international recognition.

"Egypt's steps [in Libya] especially them standing next to putschist Haftar, shows that they're in an illegal process," Erdoğan said regarding recent remarks of Egypt's President Abdel-Fattah el-Sissi.

El-Sissi met on Thursday with the heads of Libyan tribes in his country's capital Cairo, warning that Egypt would "not stand idle" in the face of increasing military mobilization near the city of Sirte in the north of Libya.

His comments came days after the eastern-based Libyan parliament, aligned with Haftar, voiced tacit support for the possibility of Egyptian military intervention in the country.

"Above all," Erdoğan added, "Abu Dhabi's sizeable transfer of arms and money to this putschist in a pirate approach shows their position," referring to the UAE's transfer of mercenaries to the war-torn country.