Erdoğan: Turkey will protect cultural heritage of Hagia Sophia as predecessors did 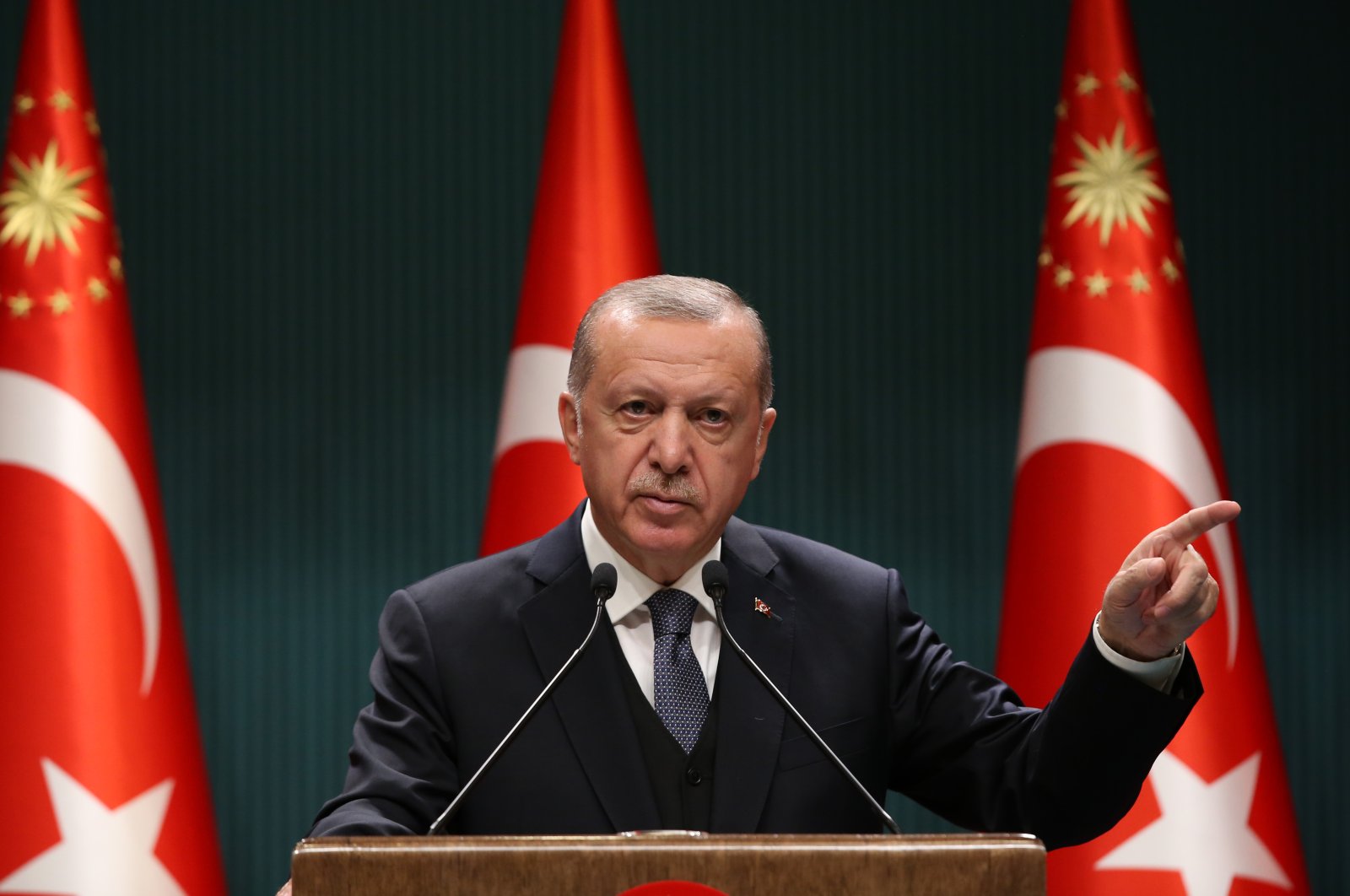 Bringing it back to its roots, Turkey will protect Hagia Sophia cultural heritage like its predecessors did, President Recep Tayyip Erdoğan said Tuesday, amid the iconic structure's recent reversion to a mosque.

"While making Hagia Sophia suitable for its foundation again, we will preserve its cultural heritage feature just as our forebears did," Erdoğan said following a Cabinet meeting in the capital Ankara.

"We turned Hagia Sophia into a museum (in 1934) with a mistaken decision, and we are returning it to a mosque again," the president added.

"I would like to underline once again that Hagia Sophia has been reverted not from a church to a mosque but from a museum to a mosque. No one should worry, we will protect the cultural heritage of Hagia Sophia," he noted.

Turkey’s top administrative court on Friday annulled the 1934 government decree that turned Hagia Sophia into a museum. This verdict by the country's Council of State paved the way for its use again as a mosque after an 85-year hiatus.

Upon the court’s ruling, Erdoğan signed a presidential decree to hand over Hagia Sophia to Turkey's Presidency of Religious Affairs and open it for worship. Erdogan said the historical complex will be ready for worship with Friday prayers on July 24.

One of the world’s most important historical and cultural heritage sites, Hagia Sophia was built in the sixth century during the reign of the Byzantine Empire and served as the seat of the Greek Orthodox Church. It was converted into an imperial mosque with the Ottoman conquest of Istanbul in 1453.

The structure was converted into a museum in 1935, but there had recently been a public push to revert it to a mosque.

Turkey has blasted outside attempts to judge its decision on Hagia Sophia, saying they are attempts to violate its sovereignty and that the monument's status is an internal matter.

Eroğan also stressed that there are four to five times more places of worship in Turkey for non-Muslims than Europe has for Muslims.

The president also condemned the Armenian attack on the northwestern Tovuz district of Azerbaijan.

"We strongly condemn the attack by Armenia against friend and brother Azerbaijan," he said.

At least seven Azerbaijani military personnel, including one general and a colonel, were killed in fresh border clashes with Armenia in the Tovuz region Tuesday.

That brought the total number of Azerbaijani deaths to 11 since border clashes on Sunday reignited the simmering Azerbaijan-Armenia territorial conflict.

Erdoğan stressed Turkey's concern over the tension that has been going on since the invasion of Upper Karabakh turning into conflict with Armenia's "reckless and systematic attacks."

Upper Karabakh is the internationally-recognized territory of Azerbaijan and has been illegally occupied with Armenian military aggression since 1991.

Erdoğan underlined that the attack carried out on the borders of the two states with heavy weapons shows that it was a deliberate attack on Azerbaijan.

"This attack goes beyond the diameter of Armenia. The aim is both to block the solution in the Upper Karabakh and to reveal new conflict areas."

"Turkey will not hesitate to stand against any kind of attacks against Azerbaijan's rights, law and soil," Erdoğan added.