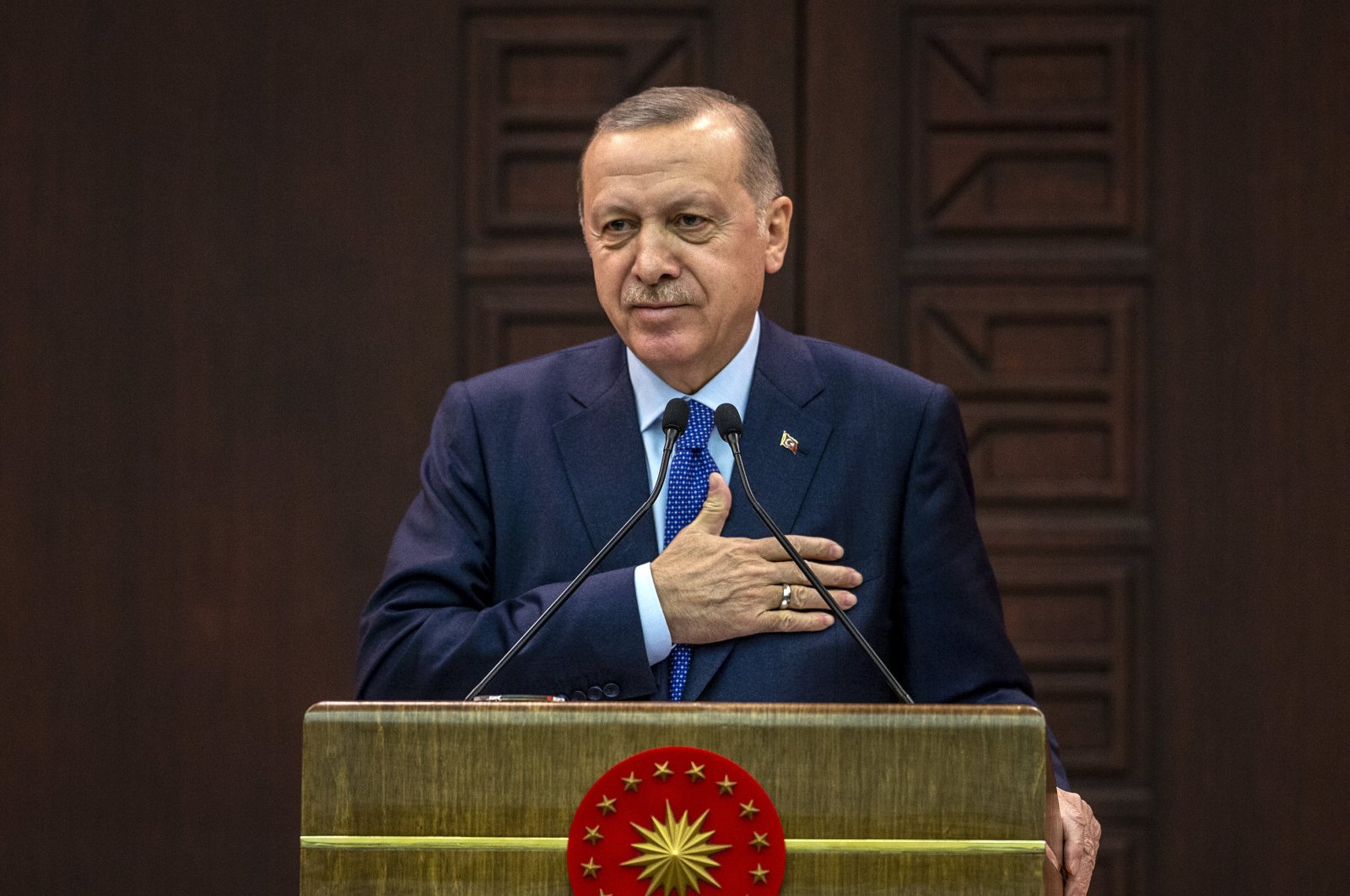 President Recep Tayyip Erdoğan speaks to reporters after a meeting on measures against spread of coronavirus, on Thursday, 19 March 2020, in Ankara, Turkey. (AA Photo)
by daily sabah Mar 22, 2020 12:28 am
RECOMMENDED

President Recep Tayyip Erdoğan called on citizens to stay at home and practice social distancing as the health minister announced 12 new deaths from the new coronavirus.

Speaking in a video released on early Sunday, Erdoğan said all government offices are working at full capacity to overcome the crisis.

He urged people to follow instructions released by the authorities and to stay at home. “Hopefully, we will get over this difficult process together.”

The president said the government has taken necessary steps to ensure adequate food supply and urged people not to panic over individuals “attempting to launch a negative campaign.”

“The state has taken all the necessary precautions. There is no shortage of any product. We have plenty of medical and other products. Do not be misled by [images of empty] shelves in some Western countries,” Erdoğan said.

On Saturday, Health Minister Fahrettin Koca announced that the death toll reached 21 and a total of 2,953 people with suspected virus symptoms have been tested and 277 were positive in the last 24 hours.

The ministry also announced a 15-minute rapid test kit was being distributed across Turkey.

Ankara took its strictest measures so far Saturday, banning people over 65 and those with chronic health problems from leaving their homes. The interior ministry ordered all restaurants to shut down to customers except for deliveries and pickups. Earlier, the ministry banned picnics and barbecues as still, too many Turkish citizens ignored warnings to remain at home.

No all-encompassing lockdown is in place in Turkey yet, but further measures coupled with public compliance of health advisories have left a visible mark on daily life. Streets are empty and famous landmarks and town squares, once swarming with crowds, are now almost completely deserted.

President Recep Tayyip Erdoğan, in a speech earlier this week, urged citizens to stay home for at least three weeks but stopped short of declaring a curfew. Most people have heeded the call, as a dwindling number of people are visible outside.