Erdoğan visits Hagia Sophia ahead of grand reopening as mosque 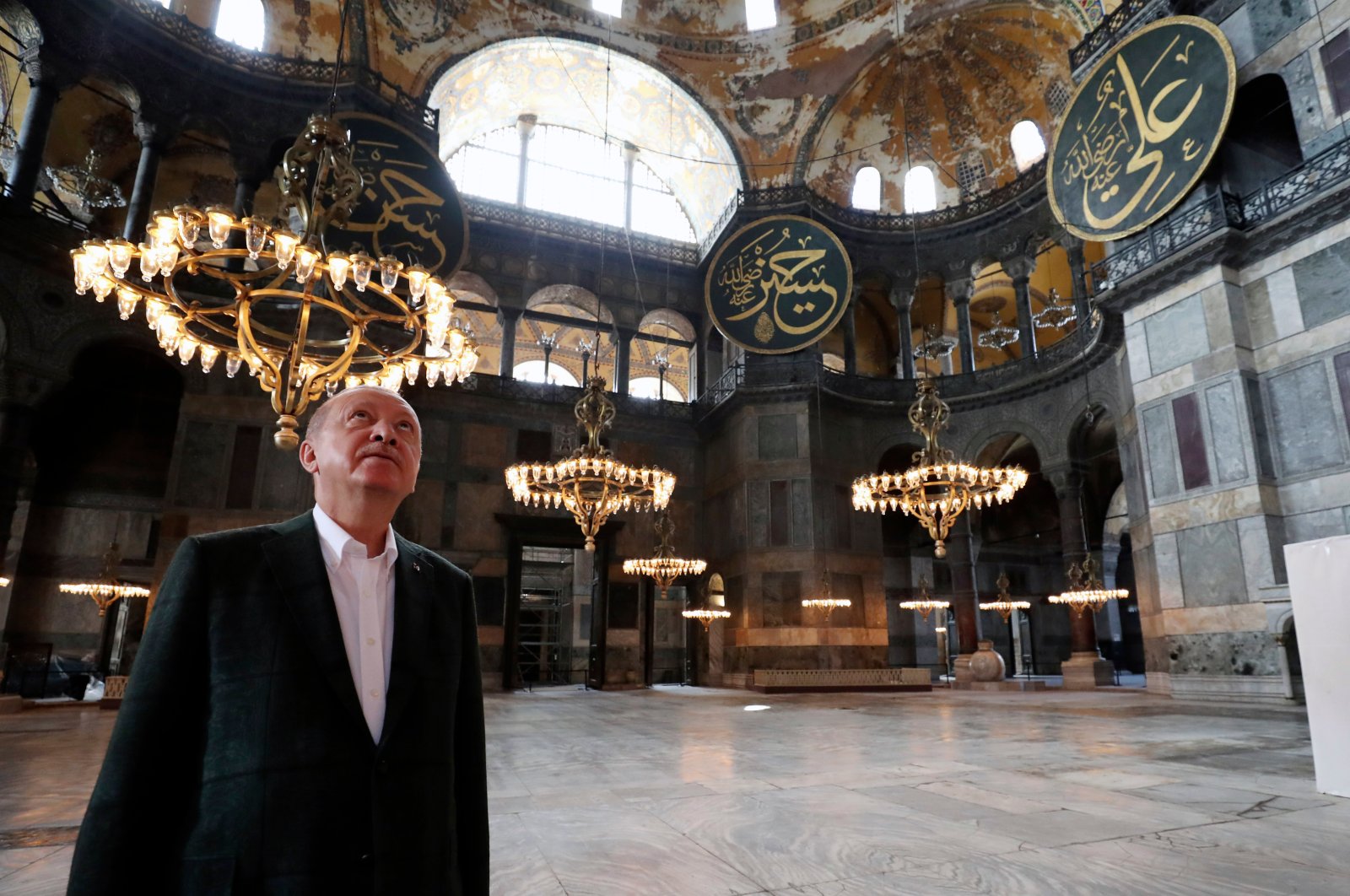 President Recep Tayyip Erdoğan, who recently signed a decree for reverting the status of Hagia Sophia museum to a mosque, visited the iconic Istanbul landmark on Sunday. Erdoğan’s visit comes ahead of the July 24 resumption of Islamic prayers inside the architectural wonder, which is a UNESCO World Heritage Site.

The president, who is expected to attend the first Friday prayers in Hagia Sophia, was accompanied by ministers and head of the Presidency of Religious Affairs during his visit. Culture and Tourism Minister Mehmet Nuri Ersoy and Istanbul Governor Ali Yerlikaya informed the president on the work inside Hagia Sophia which was being readied for worship. He greeted a crowd outside following the visit.

Hagia Sophia saw an increasing number of visitors after the decree which came on the heels of a court ruling paving the way for reverting the museum’s status. After Hagia Sophia, Erdoğan visited a mosque under construction in Istanbul’s Taksim Square and a culture center also under construction across from the mosque.