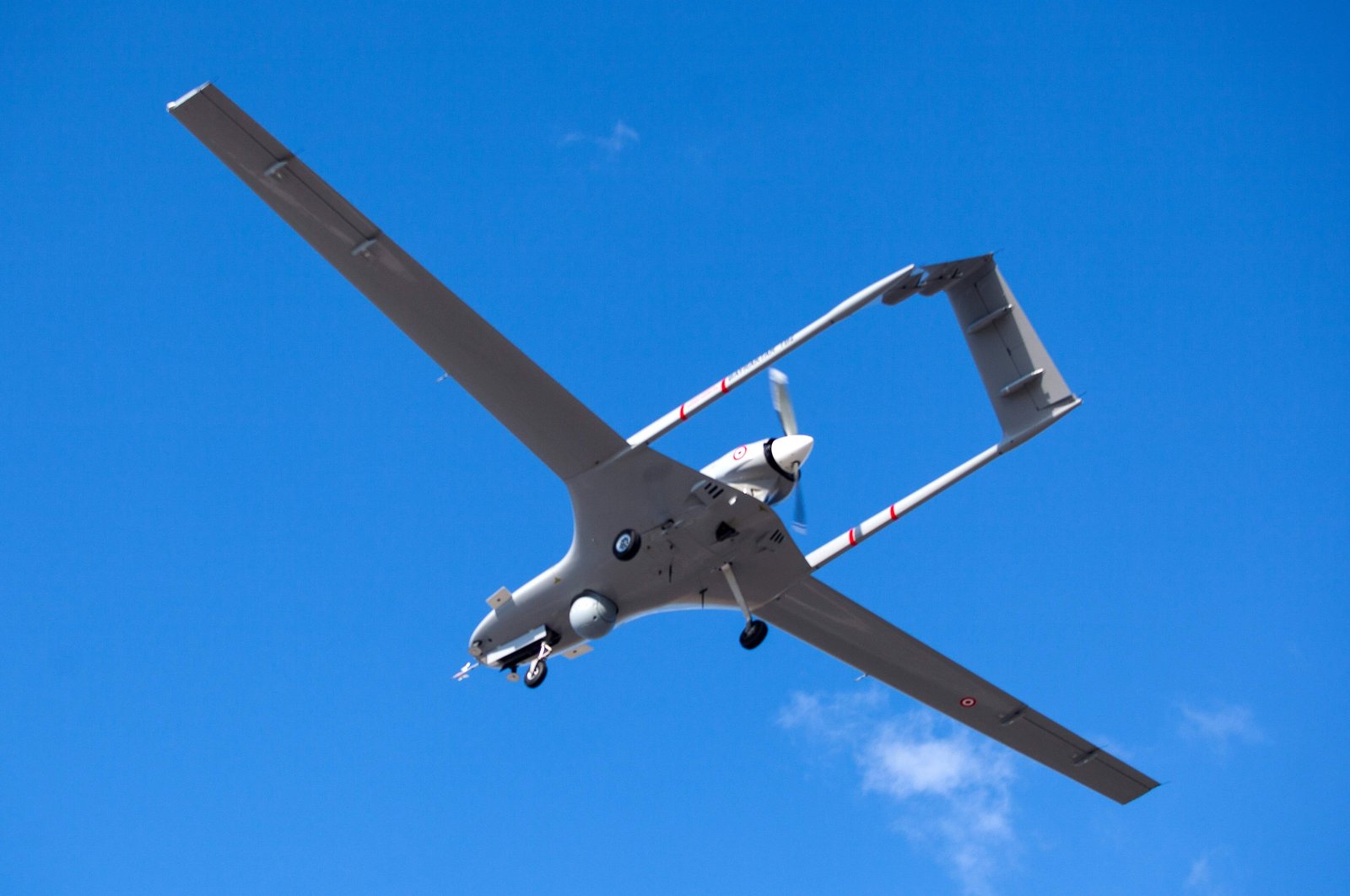 A reporter from one of Germany’s highest-circulating dailies Bild, Julian Röpcke, has written an article on Turkey's drone capabilities. The piece, titled “Erdoğan’s army destroys Putin’s high-tech weapons,” points to the success of the Bayraktar unmanned aerial vehicles in the battleground.

The clip shows a Pantsir S-1 mounted on its eight-wheel-drive truck sitting placidly as the MAM-L smart ammunition projectile, developed by leading defense company ROKETSAN and fired from Bayraktar TB2, barrels toward it. The apparently active system failed to detect the incoming missile or possibly the drone that was flying over the range of the radar.

“It was the second successful Turkish attack on a system of this kind. The Turkish army published a video in late February showing the destruction of another system,” he said, pointing to earlier operations during the beginning of Operation Spring Shield.

“As a result, the Turkish military operation, which also destroyed hundreds of armored vehicles that Assad bought from Russia and previously the Soviet Union, is increasingly becoming a problem for the Kremlin,” Röpcke said.

“Because Assad's power – in addition to the deployment of the Russian Air Force and foreign mercenaries controlled by Iran – is largely based on military equipment and ammunition from Russia. Without this, his army would lose its advantage over the far worse armed rebels,” he added.

The reporter also touched upon Turkish F-16 fighter aircraft’s downing of a Czechoslovakian-made Aero L-39 Albatros belonging to the Assad regime. “Assad's engineers converted this Czechoslovakian training aircraft into a combat aircraft in 2012, having killed thousands of civilians since then,” he concluded.

The expanded air campaign against the Bashar Assad regime in northwestern Syria’s Idlib entirely depends on Turkish-developed armed drones and is said to have showcased Ankara’s technology prowess and its aerial firepower on the battlefield. The success of these weapons is seen by many as a factor that has shaped conditions in the area.

Prompted by an Assad regime attack last week that killed 34 Turkish soldiers and injured dozens more in a de-escalation zone established in northwestern Syria, a number of coordinated retaliatory strikes by swathes of armed Turkish-made drones ended up causing significant damage to Assad regime elements, hitting everything from tanks and air missile defense systems to howitzers, as well as military bases and chemical warfare depots.

The series of strikes since last Thursday has involved an unprecedented number of drones in a coordinated action, a senior official in Turkey with direct knowledge of President Recep Tayyip Erdoğan’s Syria policy told Bloomberg.

It was the first time a country had commanded the airspace over such a large area using drone swarms, the official was cited as saying.

The official said the deployment of such a large number of armed drones demonstrated Ankara’s technological prowess on the battlefield.

Among a large amount of video footage, including a series of those posted on Twitter by the Defense Ministry, showing Turkish drones strikes targeting a range of regime assets, the one showing a domestically developed Bayraktar TB2 armed drone striking an apparently active Russian-made Panstir S-1 air defense system deployed inside Idlib went viral on social media.