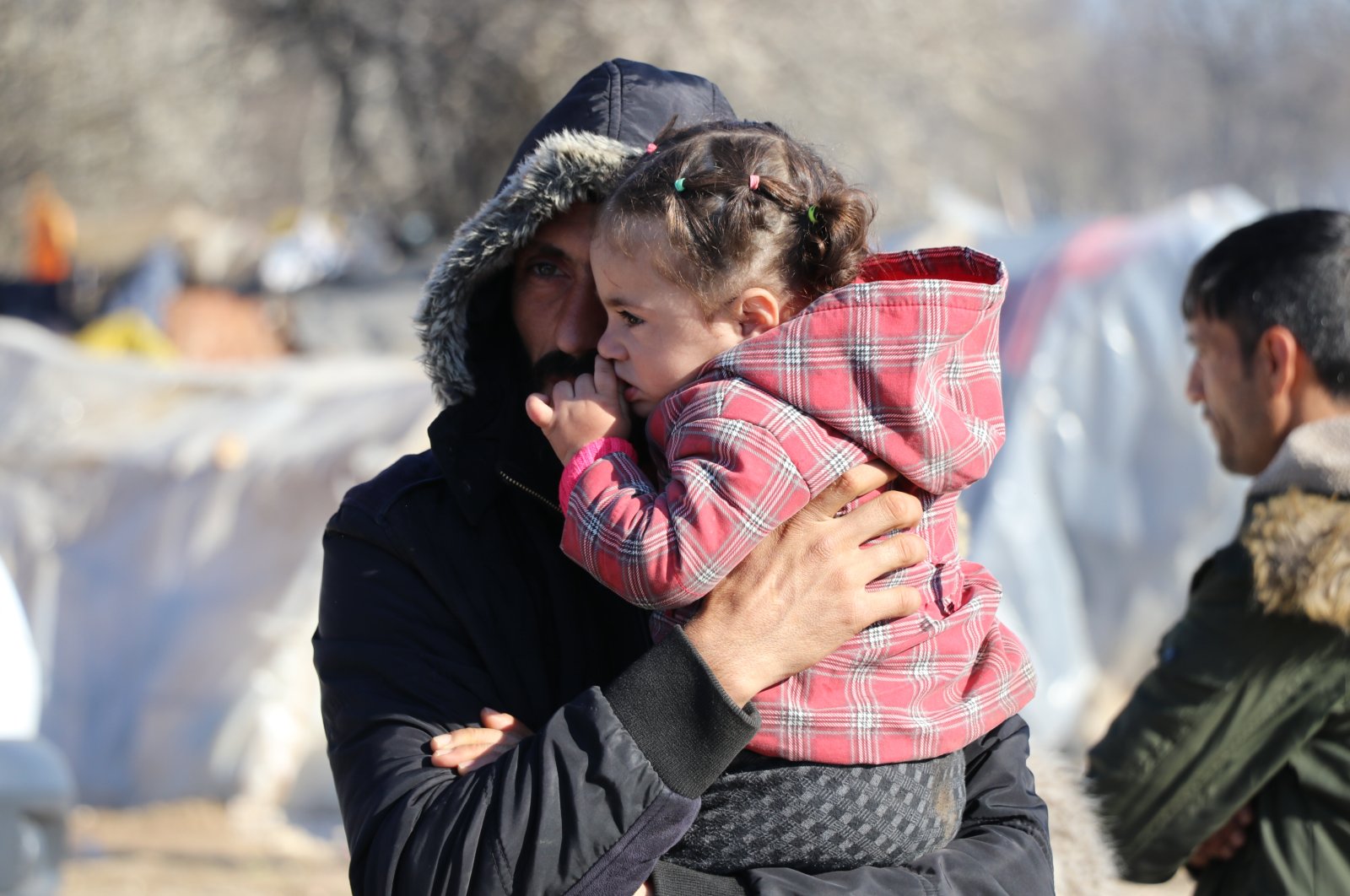 Thousands of asylum-seekers and migrants in March tried to cross over to Europe through Greece, March 16, 2020. (AA Photo)
by DAILY SABAH May 20, 2020 11:56 am
Edited By Dilara Aslan
RECOMMENDED

The Human Rights Watch (HRW) on Tuesday called on Greek authorities to free the 276 unaccompanied migrant children currently detained in police cells and detention centers in the country, in a letter to Greek Prime Minister Kyriakos Mitsotakis, underlining that releasing the children is highly urgent amid the COVID-19 pandemic.

“The prime minister should act on his pledge to protect unaccompanied children and make sure that hundreds of vulnerable children are freed from dirty, crowded cells, sometimes alongside adults, where they are exposed to the risks of COVID-19 infection,” said Eva Cosse, a Greece researcher at HRW. “There is no excuse for failing to give these children the care and protection they need.”

According to the National Center for Social Solidarity, a government body, as of April 30, 2020, an estimated 276 children were in police custody awaiting transfer to a shelter. The rights group said that this number was 19 more children behind bars than when Mitsotakis announced, in November 2019, the No Child Alone plan to protect unaccompanied children.

HRW further stated that it has documented arbitrary and prolonged detention of unaccompanied migrant children in police cells and other detention centers in violation of international and Greek law. “Under Greek law, unaccompanied children should be transferred to safe accommodation, but Greece has a chronic shortage of space in suitable facilities,” it said.

Stressing that these children can be held for weeks or even months in overcrowded and unsanitary conditions where social distancing is impossible while they wait for placement in a shelter, the rights group pointed out that they also often lack access to basic health care and other services.

HRW said that even though decreasing the time an unaccompanied child can be held in protective custody from 45 to 25 days is a step in the right direction, international human rights standards still highlight that detention should not be applied to children. The detention of children for immigration reasons is prohibited under the U.N. Convention on the Rights of the Child.

“According to the latest government data, since April 30, only 1,477 out of the 5,099 unaccompanied children in Greece were housed in suitable, long-term facilities. The rest are left to fend for themselves in overcrowded island camps or on the streets or are confined in police cells and detention centers on Greece’s mainland,” HRW added.

On April 14, HRW opened a campaign to #FreeTheKids, urging people to press Prime Minister Mitsotakis to immediately release unaccompanied migrant children from detention and transfer them to safe, child-friendly facilities.

Apart from the children in detention, tens of thousands of asylum-seekers live in dire conditions in Greek camps. The conditions have worsened recently due to outbreaks of the coronavirus. More than 42,000 people currently live in the overcrowded camps on the Greek islands, including about 5,500 unaccompanied minors. Around 10% of them are under the age of 14, according to the police agency Europol.

Some European Union countries, including Germany, Luxembourg and Portugal, have recently started to take in children from these camps.