Altun: EU, international community should focus on Syria, not Greece 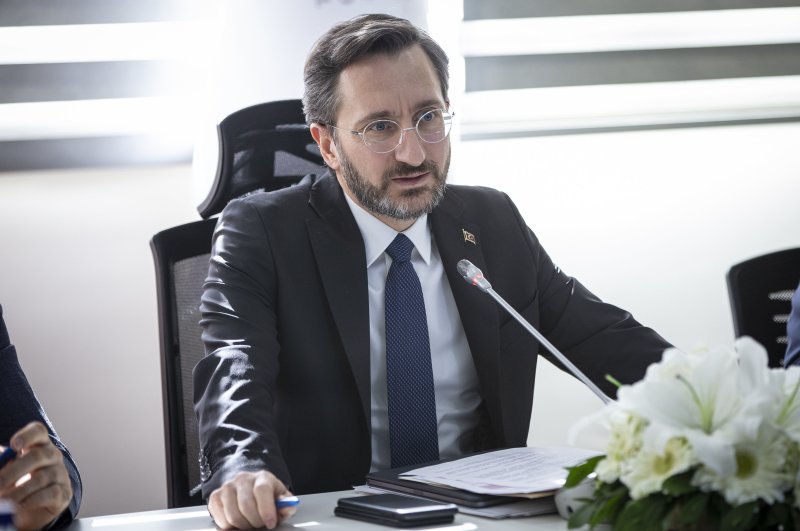 The European Union and the international community should mobilize to help with the continuing humanitarian suffering in Syria, Turkey's communications director, Fahrettin Altun, said Wednesday.

Altun said the EU is trying to help Greece as they clearly see it as the new frontier where it needs to prevent an “invasion” by refugees into Europe. Though it might seem that the refugee crisis has ended for Europe, in fact, its impact on Europe was only softened as Turkey shouldered the burden, wrote Altun on Twitter.

Altun said the EU then acted as if everything was fine, all the while ignoring the humanitarian catastrophe in Syria.

"Greece treats refugees horribly and then turns around to blame Turkey. This is the kind of double standards and hypocrisy we have gotten used to over the years,” he wrote in English.

"The country that just suspended temporary protection and tear-gassed migrants has no moral authority to speak of!" he added.

Turkey last week stopped blocking migrants and refugees in the country from trying to reach Europe, complaining that the EU failed to keep its pledges to help refugees from Syria.

Altun accused the EU of clinging to a security-oriented approach for nearly the last decade when the Syria civil war began.

"The EU’s agreement with Turkey in 2016 aimed at preventing the refugee flows into Europe based on the same security-focused mentality instead of a humanitarian one.

"Even then, the EU failed in honoring its commitments in terms of funding, visa liberalization among others," he said.

Altun stressed how Turkey had to adjust its refugee policy to shift resources away from stemming migration to Europe toward focusing on refugees coming from Idlib, an embattled province in northwestern Syria just across Turkey’s southern border.

"We have mobilized our national economic and military resources, and the EU is still only focused on migration into Europe!" he said.

Nearly 4 million civilians have been trapped in Idlib due to attacks by the Assad regime, with the support of Russia and Iranian-backed forces in the region.

Turkey launched Operation Spring Shield on Sunday after 34 Turkish soldiers were killed in an Assad regime airstrike in Idlib.

They were stationed there as part of the 2018 Sochi deal with Russia to protect the civilian population and counterterrorism groups.

In 2018, Turkey and Russia agreed to turn Idlib into a de-escalation zone in which acts of aggression were expressly prohibited.

More than 1,300 civilians have been killed in such attacks in the Idlib de-escalation zone, sending upwards of a million refugees toward Turkey's border with Syria.