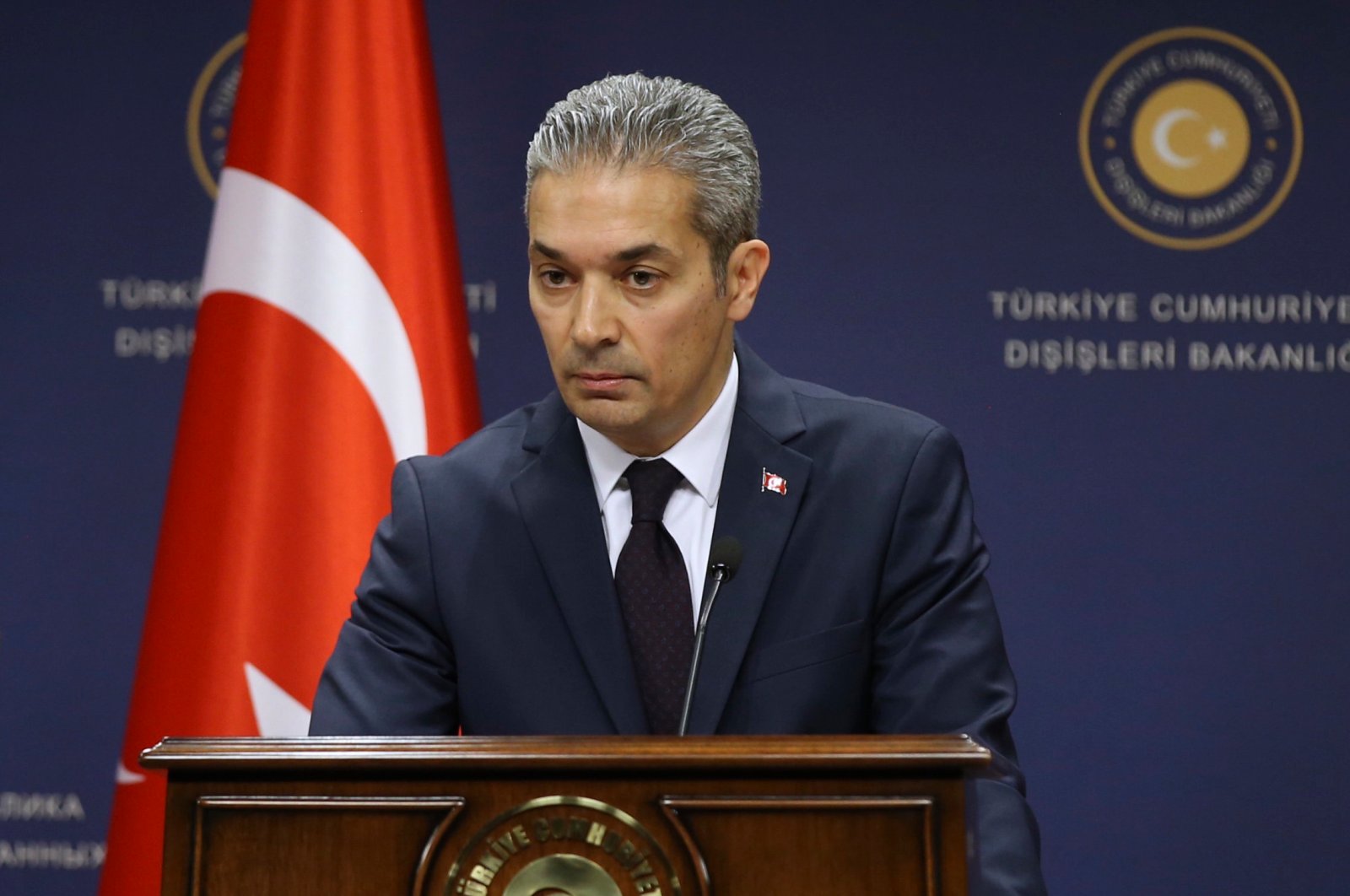 If the European Union wants to contribute to the peaceful resolution of the Libyan crisis, it should favor international legitimacy in line with the relevant decisions of the United Nations Security Council (UNSC), Turkey's Foreign Ministry said Tuesday.

After a meeting of the EU Foreign Affairs Council on Monday in Brussels, Foreign Ministry spokesman Hami Aksoy stressed that Turkey has consistently supported and contributed to all international efforts to reach a peaceful political solution, led and embraced by Libyans, to the crisis in Libya.

Aksoy also emphasized that all parties are aware of Turkey's stance on the issue of the Eastern Mediterranean and the first step toward resolving the issue is to establish a cooperation mechanism for the fair sharing of hydrocarbon resources between the two peoples of the island of Cyprus.

He added that there should be a resumption of dialogue channels with Turkey and that the tensions in the Eastern Mediterranean can only end through the adoption of such approaches by all parties.

Touching upon the issue of Hagia Sophia, Aksoy also said that the Hagia Sophia mosque will be open to visitors of all religions and anyone who wants to can visit this amazing building.

Underlining that nobody can interfere with Turkey's sovereign rights, Aksoy stressed that Hagia Sophia's status is an internal matter and is the property of Turkey.

"Hagia Sophia will continue to embrace everyone with its new status, preserving the common cultural heritage of humanity," he said.

In addition to his criticism of the EU, Aksoy also said Turkish officials welcome EU foreign policy chief Josep Borrell's dialogue and engagement on bilateral relations between Turkey and the EU.

Foreign ministers of the European Union gathered in Brussels on Monday to discuss Turkey and international issues in an actual meeting for the first time since the beginning of the COVID-19 pandemic.

The bloc's relationship with Turkey is "the most important item on the agenda today," Borrell told journalists before the meeting.