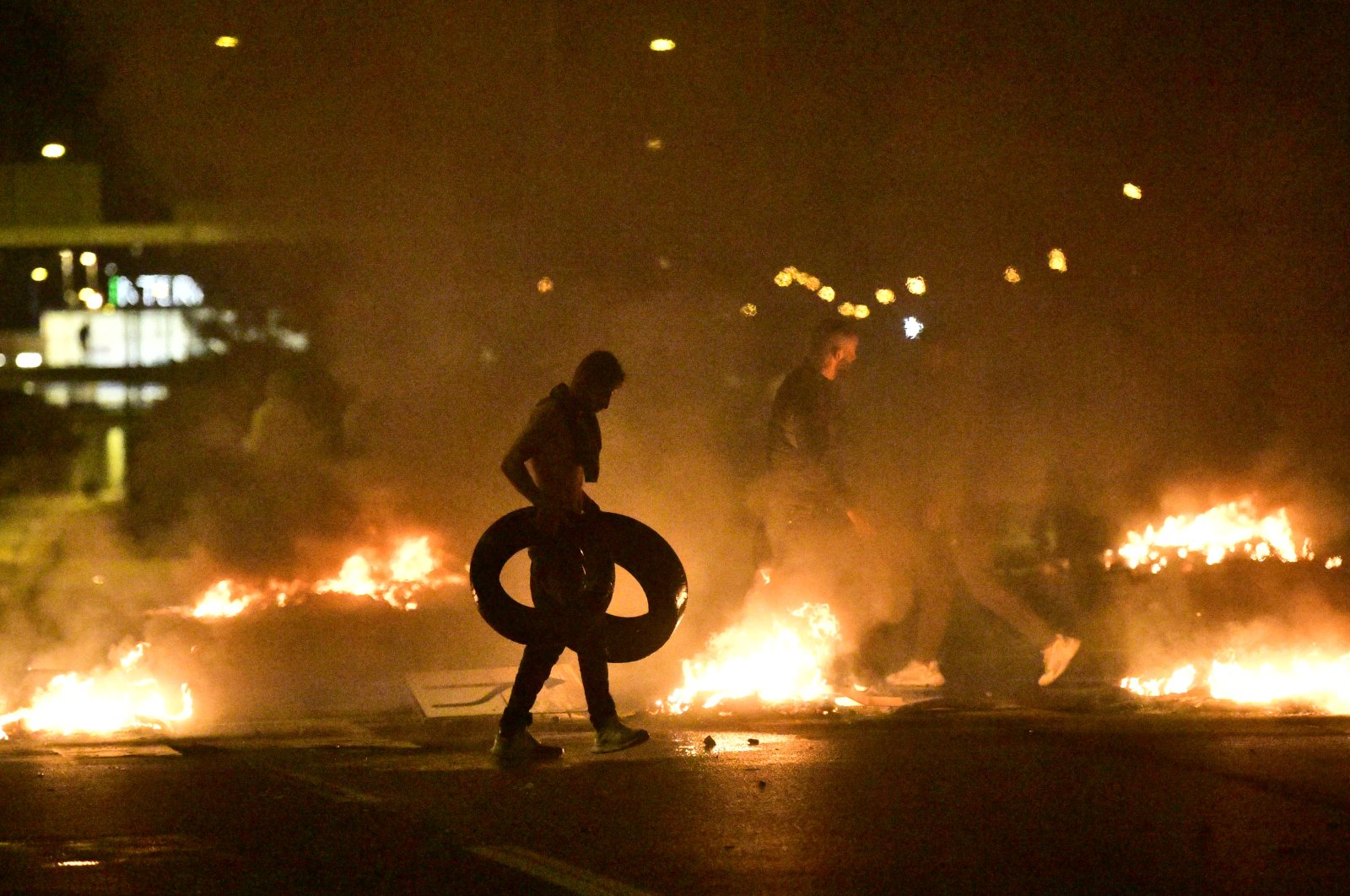 Ankara condemned the burning of the Quran by right-wing extremists in Sweden Friday as numerous Turkish officials released statements.

Those who burned the Quran in Sweden are “modern barbarians” who have a “primitive mindset,” Turkey’s presidential spokesperson said on Sunday in response to the Islamophobic act.

“They shamelessly burn the Qur’an, the sacred book of Islam, in the middle of Europe. They then claim to be the paragons of reason, logic, freedom and justice,” Ibrahim Kalın said in a tweet. “They label anyone not like them as anti-reason bigots and retros. Modern barbarians know no limits in primitive mindset,” he expressed.

“We are condemning disrespectful act against the Quran by racist/fascist group. Disrespect against Quran means disrespect against all values of humanity,” the ruling Justice and Development Party (AK Party) spokesperson Ömer Çelik also said on Twitter on Saturday.

Rasmus Paludan, leader of Danish far-right political party Hard Line, burned a copy of the Quran in Malmo. A riot broke out Friday in the city, where at least 300 people had gathered to protest against anti-Islam activities.

Protesters were throwing objects at police officers, and car tires had been set on fire, a police spokesperson said.

Daily Aftonbladet said several anti-Islam activities had taken place in Malmo on Friday, including three men kicking a copy of the Quran between them in a public square.

"We strongly condemn the hideous provocations by the Islamophobic and racist politician and his followers who came to Denmark from Sweden's Malmo city," the Turkish Foreign Ministry also said in a statement on Saturday.

"These provocative acts are a heavy blow to European values and the culture of coexistence," the Foreign Ministry statement added.

Stressing that Muslims living in Europe had been systematically exposed to discriminatory and racist attitudes in their daily lives, the statement said: "This despicable act against our holy book is an exemplary act, as it reveals the extent of the threat Muslims face in Europe."

The statement also underscored that the Swedish authorities had not allowed the demonstration and had imposed a ban on the so-called politician on Aug. 28.

The ministry added that Swedish authorities should take all necessary measures against those trying to provoke Muslims in the country in the future.

The year 2019 distinguished itself greatly by cold and ruthless Islamophobic terror attacks in places such as New Zealand’s Christchurch, Germany, the U.K., France and Norway.

Mosques have been targeted all across Europe, resulting in deaths and injuring dozens.

Some European governments work hard to track and neutralize far-right terrorist groups. On the other hand, they participate in the normalization of Islamophobic conversations in Europe through discriminative declarations, bills and security policies targeting Muslims.

In a statement, the Jeddah-based bloc described the burning as an "act of incitement and provocation" that "contradicts with global efforts to combat extremism and incitement to hatred based on religion and faith."

Meanwhile, the OIC Islamophobia Observatory, a body that monitors Islamophobic incidents across the world, welcomed the measures taken by the Swedish authorities against those who burned the Muslim holy book.

In a statement, the Observatory called on the Islamic community in Sweden "to exercise restraint and avoid violence."