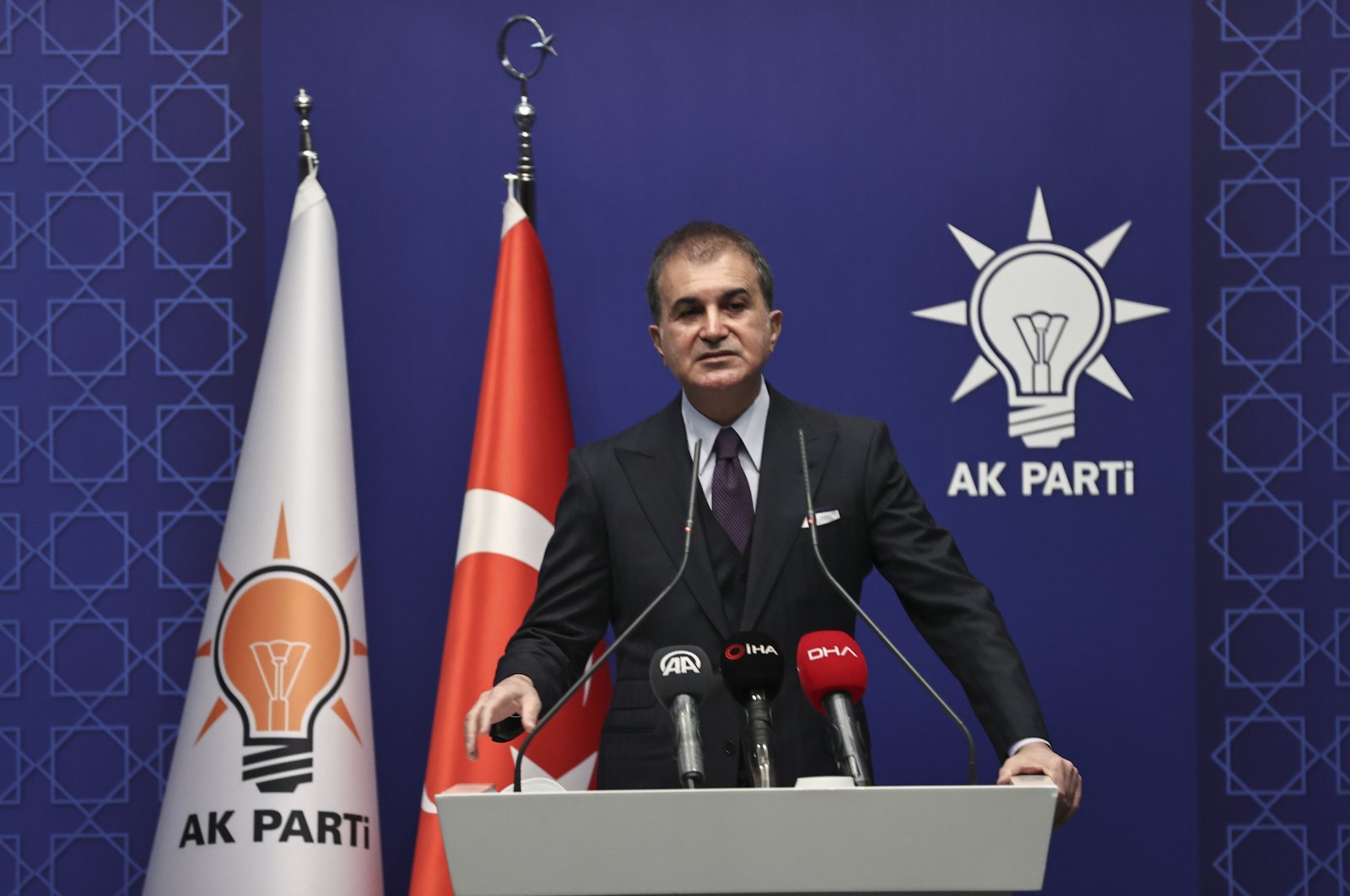 Whoever speaks against Turkey in the European Union actually seeks to destroy Europe's future, the spokesperson for Turkey's ruling party said Monday.

Accusing some European leaders of taking a different approach when trying "to cause disturbances in Turkey," Justice and Development Party (AK Party) spokesperson Ömer Çelik said after a meeting of the party's Central Executive Board (MYK) that these leaders "apply double standards when turmoil begins to emerge in their own countries."

As Brexit came to an end and the United Kingdom left the EU on Jan. 1, Çelik said: "Europe now is a Europe that needs to establish more strategic relations with Turkey."

After a year that saw ups and downs in Turkish-EU relations, Turkish leaders recently reiterated the country's candidacy for membership in the bloc, saying that relations can improve this year if the EU takes steps that show respect for Turkey.

Turkey hopes to normalize its ties with the EU in 2021 following a year in which tensions have characterized international relations, Faruk Kaymakçı, deputy foreign minister and director for EU affairs, told Daily Sabah last week. In the upcoming year, the country aims to promote win-win relations, to find a fair solution to the Eastern Mediterranean crisis and to update the March 18 statement with all of its dimensions, including migration, carrying out reforms and bringing Ankara closer to the bloc, he added.

EU leaders during a meeting in Brussels on Dec. 10 decided to draw up a list of Turkish targets to sanction over what they described as Ankara's "unilateral actions and provocations" in the Eastern Mediterranean. Ahead of the summit, Greece called for additional sanctions, an EU arms embargo on Turkey and the suspension of the Turkey-EU customs union, but during discussions, a majority of European leaders opposed severe economic sanctions, opting for a softer approach, creating space for a positive agenda.