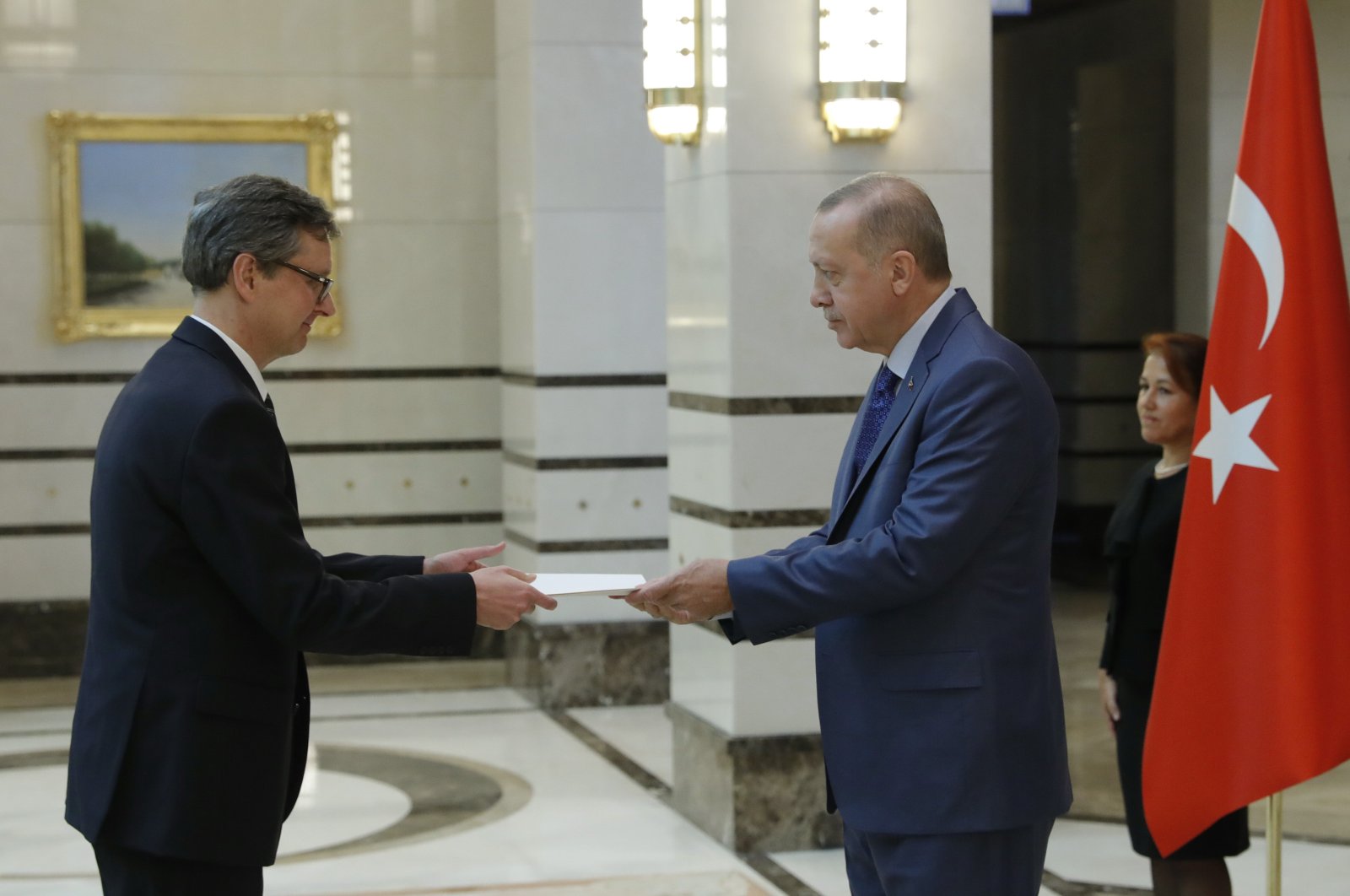 Bilateral political disagreements between the Ankara and Vienna governments do not necessarily mean they will not cooperate on matters of importance for both sides, the Austrian ambassador to Turkey said on Tuesday.

"Our bilateral political relations are definitely not without disagreements, but this does not impede Austria and Turkey from cooperating on matters which are important to both of us," Ambassador Johannes Wimmer was quoted as saying by Anadolu Agency (AA).

"Our overall relations are solid and have resilient historical roots. Austria and Turkey have been working together for decades in a number of areas, including the economy and tourism, security, multilateral cooperation, academic exchange and culture. There are challenges, yes, but there are good prospects for our cooperation, too," he said.

In response to a query as to whether new measures would be taken to enhance cooperation in areas such as culture, education and technology, the ambassador confirmed that the two countries have recently agreed on a Year of Science Dialogue for 2022 and that they will be preparing relevant science and research projects.

We also hope that Austrian and Turkish students as well as academics will continue to positively respond to the opportunities provided by the EU's Erasmus program. Since Turkey joined the program, Erasmus greatly contributed to our bilateral academic exchange, he said.

Wimmer said Austria respected Turkey for hosting millions of refugees, and the 2016 migration deal EU reached with Turkey has made "positive contributions for both sides."

He continued: "However, it is important in this regard to strengthen trust and avoid any steps that would erode this trust. Misusing the desperate situation of refugees and displaced persons as an instrument of pressure against the EU is not acceptable at all."

Referring to the terror attack in Vienna on Nov. 2 this year, which left four people dead and 22 others wounded, the ambassador said his country valued the expression of sympathy and solidarity from Turkey.

"We very much appreciated such reassurance at that difficult moment. We were also grateful for the response and support of Turkish security authorities concerned in the terror attack's immediate aftermath," he said.

He added: "Our existing bilateral cooperation in fighting terrorism and organized crime is solid. We will keep building on our regular consultations and exchange."

Also commenting on the heroic acts of two Turkish men, who helped an elderly woman and took an injured police officer safely into an ambulance amid the deadly terror attack, the ambassador said it was "very heartening to see many examples of courage and readiness to help others in distress ..."

"In our contemporary societies, identities are manifold and diverse, but what really counts, in the end, I believe, is our unity and care as human beings, no matter what we consider our backgrounds," he said.

Citing Austrian Prime Minister Sebastian Kurz, the ambassador concluded that the issue of terrorism is not a dispute between Christians and Muslims, or Austrians and migrants, but a fight between those believing in peace and those favoring war.

Relations between Ankara and Vienna deteriorated after Vienna restricted Turkish politicians from attending campaign rallies ahead of a key referendum in 2017 in a campaign that targeted Turkish nationals living in Austria. Ankara is critical of Vienna's illiberal integration policies, indifference toward PKK terrorists, populist rhetoric and failure to take a strong position against growing racism and anti-Muslim hatred. However, the two countries started mending relations after 2018.

Still, the country's controversial stance toward Muslims and PKK terrorists continues to fuel tension in bilateral ties from time to time.

Back in June, pro-PKK demonstrations have taken place in the Austrian capital Vienna, causing Turkish authorities to react harshly. The Turkish Foreign Ministry said that demonstrations held by the terror group and its sympathizers were "a new manifestation of insincerity in the fight against terrorism."

The developments in the European country also prompted Turkey’s ambassador to Austria, Ozan Ceyhun, to step in and urge the Turkish community to remain calm against all the PKK provocations in order to protect the peaceful environment.

Islamophobia in the country has also reached concerning levels recently. An annual report published back in June by the European Commission against Racism and Intolerance (ECRI) elaborates that the public discourse in Austria has become “increasingly xenophobic,” and the political scene is taking part as well. The report describes political speeches as “highly divisive and antagonistic,” targeting Muslims and refugees. According to the Civil Courage and Anti-Racism Work (ZARA), which conducts anti-racist work in Austria, the racist incidents against Muslims increased even more during the past two weeks after the deadly attack in early November. ZARA association official Caroline Kerschbaumer said last month that following the attack, more than 80 racist incidents against Islam were recorded in approximately 15 days.

According to the Austrian diplomat, his country's cooperation with Turkey in the fields of trade and economy is "strong and stable," and some 250 Austrian companies, ranking fourth in terms of foreign direct investment from 2002 to 2020, are active in Turkey.

While the volume of bilateral trade in goods and services amounted to some 4 billion euros ($4.88 billion), these figures could climb higher as Austria and Turkey have greater potential to deepen their economic ties, according to the ambassador.

"Turkey's economy relies on a very robust and steady productive sector. We see many opportunities and chances for cooperation between Austrian and Turkish businesses in fields such as infrastructure, renewable energy, information technology and environmental technology," he added.

The Austrian diplomat added that the bilateral labor agreement of 1964 with Turkey led to the arrival of thousands of Turkish citizens in Austria at a time when the country faced labor shortages and their contributions played a great role in the development of Austria.

"People from Turkey working in Austria have therefore contributed significantly to Austria's economic success story over almost six decades," he said. "However, this does not mean that there are no problems related to integration."

Stating that his government is worried about attempts "aimed at polarizing or even radicalizing parts of the community," he further noted: "Nonetheless, people from Turkey in Austria form a living bond between our two countries, and they are a major factor in the exchange between our societies and cultures as well as in our bilateral relations in general."