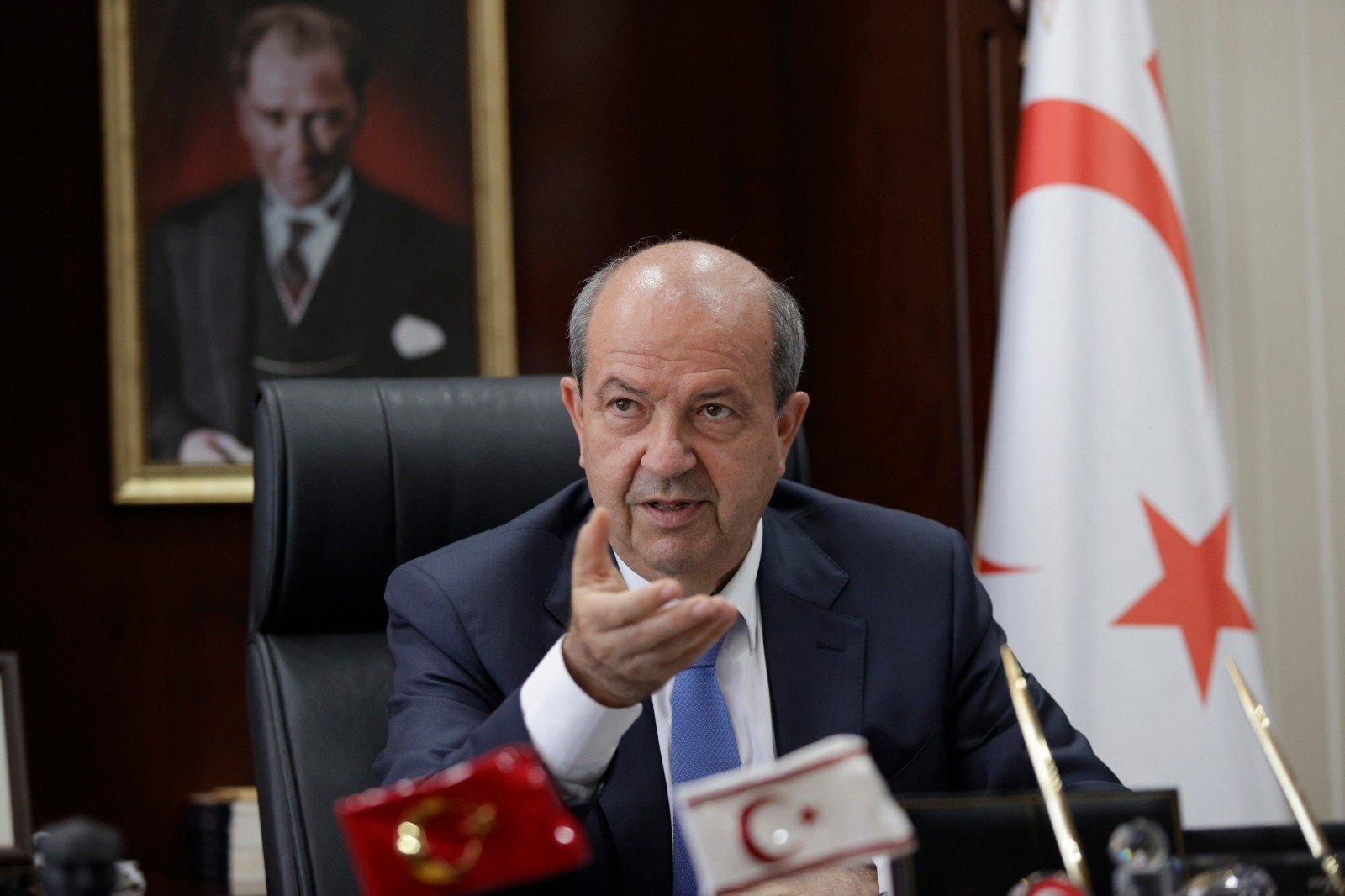 The Turkish Republic of Northern Cyprus (TRNC) President Ersin Tatar said the only way to start successful negotiations is through accepting the sovereign equality of the Turkish Cypriots.

The Turkish Cypriots would prefer the present conditions rather than risk their future by accepting the Greek Cypriot administration as the sole owner of the island, Ersin Tatar told Turkish News Agency-Cyprus (TAK).

The Greek Cypriot administration believes that the Turkish Cypriots must accept the terms and conditions dictated to them, but they will not, he added.

Stressing that he does not believe in a federal solution for the Cyprus issue, Tatar said he instead favors an agreement through negotiation, calling this policy realistic and rightful.

Regarding his meeting with U.N. Secretary-General Antonio Guterres last week, he said that they successfully informed the whole world about the reality of Cyprus, namely that it has two separate nations and states.

On claims in the Greek Cypriot press that the U.N. secretary-general might include the words "self-governing regions" in a Cyprus report to be submitted to the Security Council this July, Tatar said this would amount to a sub-governance model.

There are two separate states on the island, and since only within this context can there be a solution, our state should be accepted, he added.

Cyprus has been divided since 1964, when ethnic attacks forced Turkish Cypriots to withdraw into enclaves for their safety. In 1974, a Greek Cypriot coup aiming at Greece's annexation led to Turkey's military intervention as a guarantor power. TRNC was founded in 1983.

The Greek Cypriot administration, backed by Greece, became a member of the European Union in 2004, although that year most Greek Cypriots rejected a U.N. settlement plan in a referendum envisaging a reunited Cyprus joining the EU.