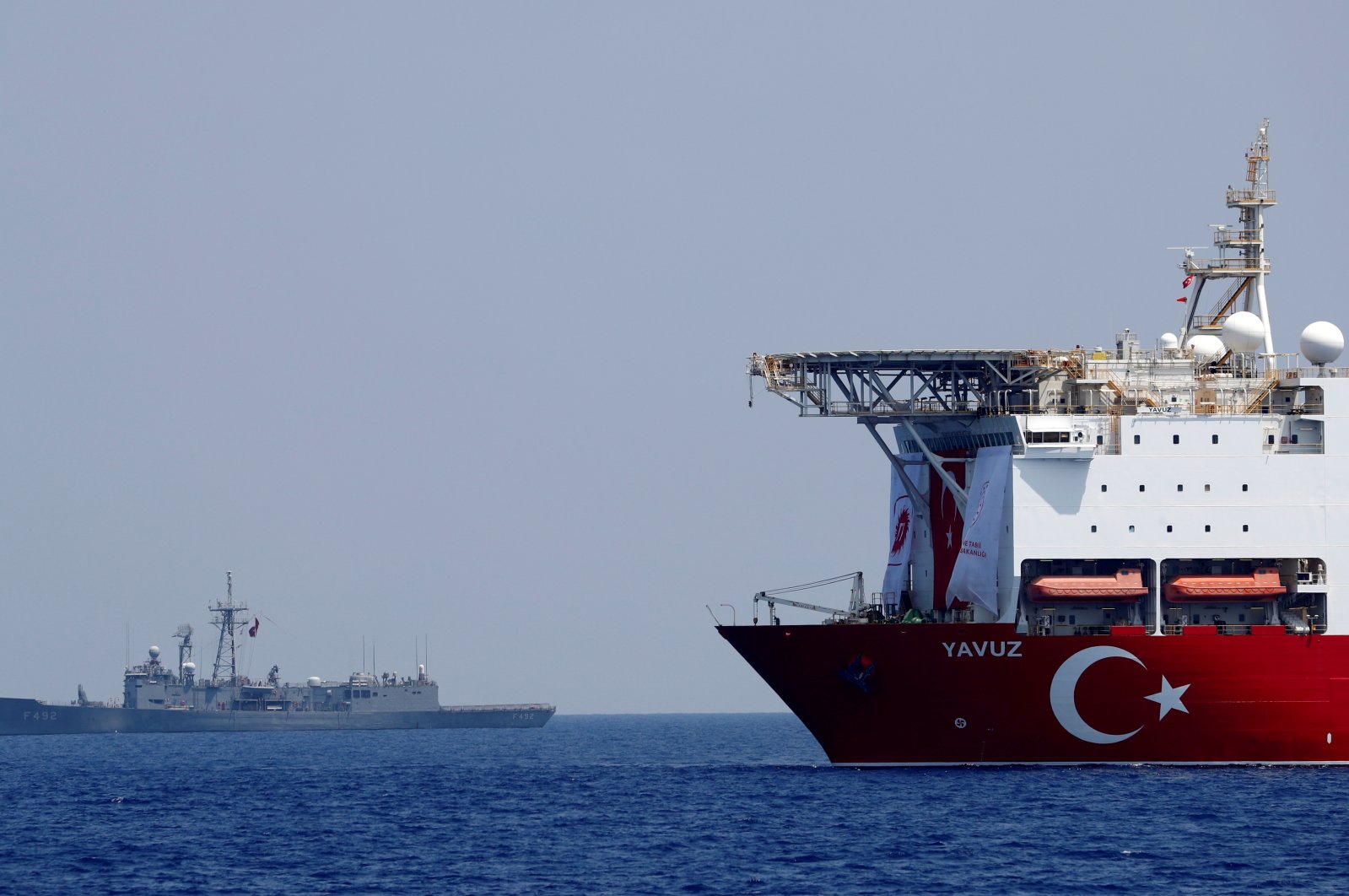 The Turkish drilling vessel Yavuz is seen being escorted by a Turkish Navy frigate in the Eastern Mediterranean, Aug. 6, 2019. (REUTERS)
by Anadolu Agency Sep 17, 2020 7:10 pm
RECOMMENDED

Dialogue and negotiation are key to calming tensions in the Eastern Mediterranean, said the Spanish and Maltese foreign ministers in a news conference Thursday following a meeting in Madrid.

The growing dispute between Greece and Turkey over energy exploration in the Mediterranean was one of the main topics of discussion during the meeting that marks the first time in nine years that a Maltese foreign minister came to Spain.

"We are both trying to boost sincere dialogue and negotiation between Greece and Turkey," said Spanish Foreign Minister Arancha Gonzalez Laya, pointing to her recent trips to Ankara and Athens, where she said she was "discreetly" trying to foster conversation.

Spanish Prime Minister Pedro Sanchez has also been in discussions with his Turkish and Greek counterparts. According to Laya, Sanchez has spoken to President Recep Tayyip Erdoğan twice so far this week.

Distancing themselves from France's pro-Greek position, the two foreign ministers said they are neutral parties that are working to facilitate dialogue between the feuding countries.

"We have to help the countries resolve the conflict, not tell them what to do," said Maltese Foreign Minister Evarist Bartolo.

"History doesn't help, and geography even less so. It's difficult to find consensus, but the alternative is much worse," he said. "A military conflict would only serve to postpone a resolution."

Bartolo also dispelled rumors that Turkey was going to set up an air or military base in Malta, reaffirming the country's commitment to neutrality.

He also added that until the problems surrounding Cyprus are unsolved, there will always be tension in the Eastern Mediterranean.