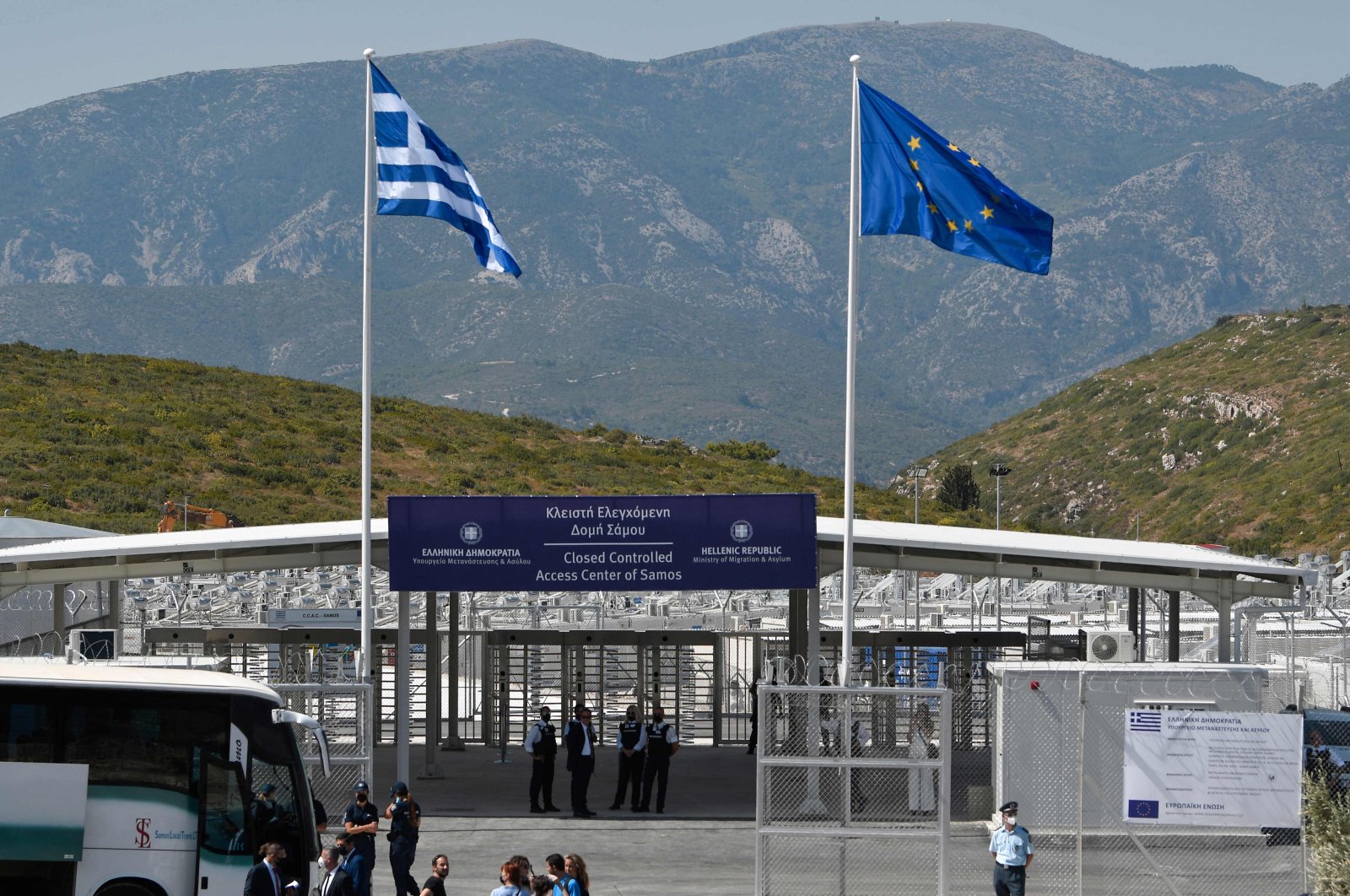 The entrance of the new EU-funded multi-purpose RIC ( reception and identification center) of migrants on the island of Samos, Greece, during its inauguration, Sept. 18, 2021. (AFP Photo)
by DAILY SABAH Sep 24, 2021 11:38 am
RECOMMENDED

In a new report, the European Union Agency for Fundamental Rights (FRA) revealed that the difficult conditions and violations of rights in detention and reception centers for migrants at EU borders continue. The report also noted that pushing migrants back to Turkey has become the de facto border policy of Greece, and that torture, ill-treatment and pushbacks continue.

According to the report of the Vienna-based FRA on fundamental rights, covering June 1-June 30, there have been cases of violent pushbacks in Croatia, Greek Cyprus, France, Greece, Hungary, Malta, Romania, Serbia and Slovenia.

In the report, it was stated that children seeking asylum without an accompanying person or with their families were detained in Bulgaria, Croatia, Greek Cyprus, France, Greece and Poland.

While emphasizing the Greek Cypriot administration's readmission facilities are still overcrowded and detainees are deprived of their de facto freedom, the report pointed out that migrant smuggling continues to be an ongoing concern in Hungary.

Reiterating that more than 400 undocumented migrants have been on hunger strike in Belgium for weeks, the report noted that sea passages to England from France began to pose a danger and that the living conditions in unofficial camps in the north of the country have worsened.

Referring to another report published by Amnesty International on June 23, it was stressed that pushing migrants back to Turkey has become Greece's de facto border policy and that torture, ill-treatment and pushbacks continue.

According to the FRA's report, the practices include police intervention after crossing the border, confiscating their mobile phones and identification documents, and keeping them in an unidentified building without any official procedures being initiated.