EU calls for end to violence in Libya 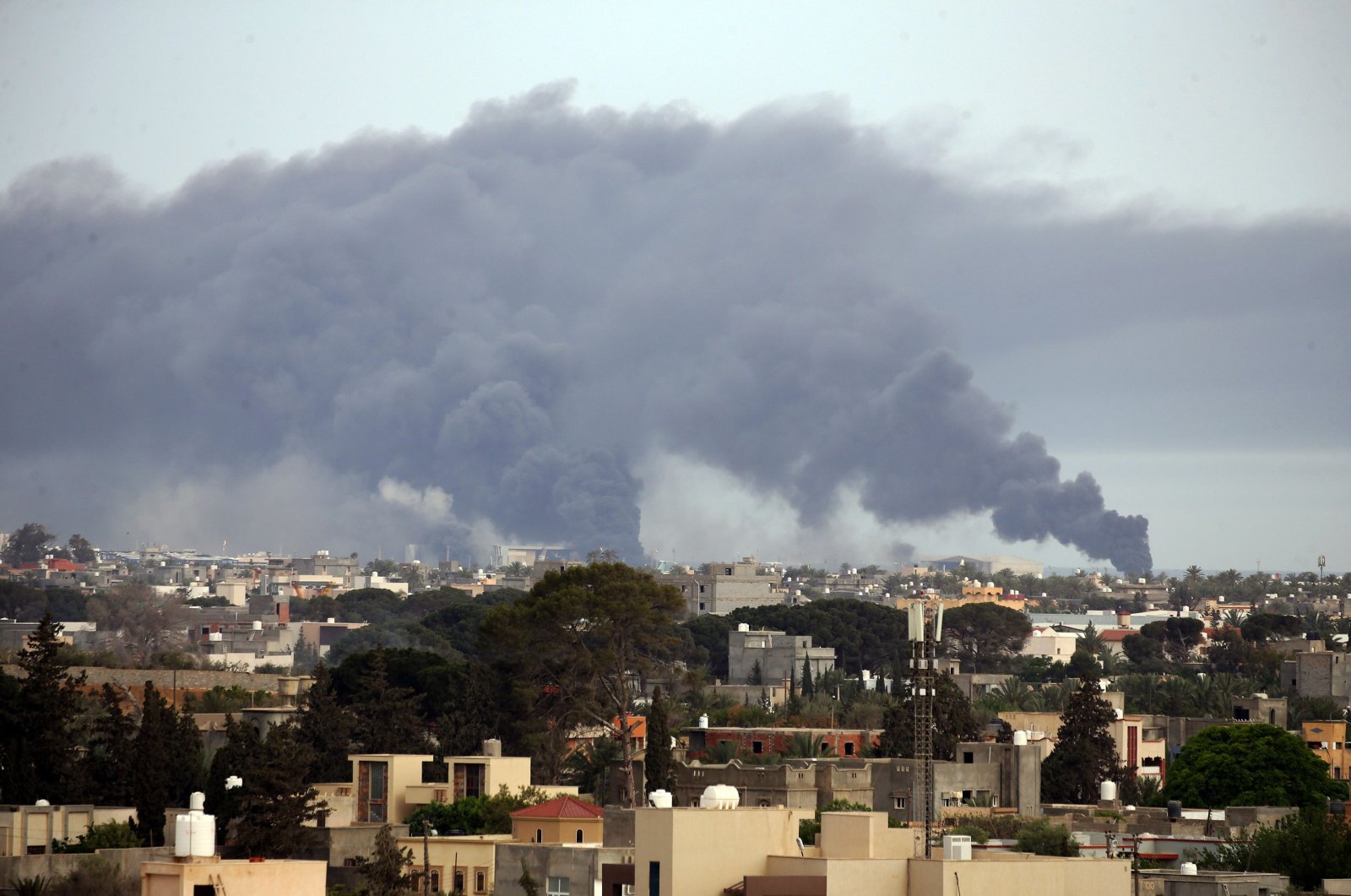 Smoke fumes rise above buildings in the Libyan capital Tripoli, during reported shelling by Khalifa Haftar's forces, on May 9, 2020. (AFP Photo)
by Compiled from Wire Services May 12, 2020 7:21 pm
RECOMMENDED

The European Union on Tuesday demanded an end to fighting in Libya, announcing the bloc was "determined" to enforce a U.N. arms embargo on the war-torn nation.

As defense ministers from the 27 EU countries held video talks on the coronavirus pandemic's impact on European security, the bloc's foreign policy chief Josep Borrell renewed a call to halt the civil war raging in Libya.

The EU's new naval mission to block the flow of arms to Libya by sea got underway last week, with Borrell vowing to make it work.

He said further efforts were needed to "ensure the full and effective implementation" of the embargo, particularly through Libya's land and air borders.

Operation Irini aims to halt the flow of arms into Libya, where the UN-recognised Government of National Accord (GNA) in Tripoli is under attack from the forces of putschist Gen. Khalifa Haftar, who controls swathes of the country's east.

Operation Irini now has a French frigate patrolling the eastern Mediterranean to look for arms shipments, backed up by aerial and satellite surveillance.

But critics have warned that by focusing on sea shipments, the new EU mission may deprive the Tripoli government of weapons but not Haftar, who receives supplies overland and by air.

On Sunday, the GNA said Haftar's forces had rained more than 100 rockets and missiles on residential areas in Tripoli, killing at least four civilians.

Borrell said that in view of the escalating violence, the EU was renewing its call for a truce.

"The European Union demands that all parties act responsibly and immediately cease the fighting all over Libya," he said in his statement.

"The truce must proceed hand in hand with an immediate resumption of U.N.-brokered talks between the parties," he added.

Borrell also reaffirmed the EU's commitment to the 2015 Libyan Political Agreement-under which Libya's government was formed-as the basis for ending the conflict.

The EU condemned the "continued escalation of violence" in the country which affects "first and foremost civilians" and shows disrespect for international law.

The statement also called the parties involved to "allow and facilitate the safe, rapid and unimpeded delivery of humanitarian aid and services to all those affected."

Signed by all the parties involved in the conflict following the ouster of late ruler Muammar Gaddafi in 2011, the 2015 Libyan Political Agreement set up the country's government.

In April 2019, Haftar's armed forces launched an attack against the capital and the territories controlled by Libya's government. Since then, Haftar's illegal forces have been responsible for the death of more than 1,000 people.

The Libyan government launched Operation Peace Storm on March 26 in order to push Haftar's forces away from the capital.