EU cannot be center of power without Turkey, Erdoğan says 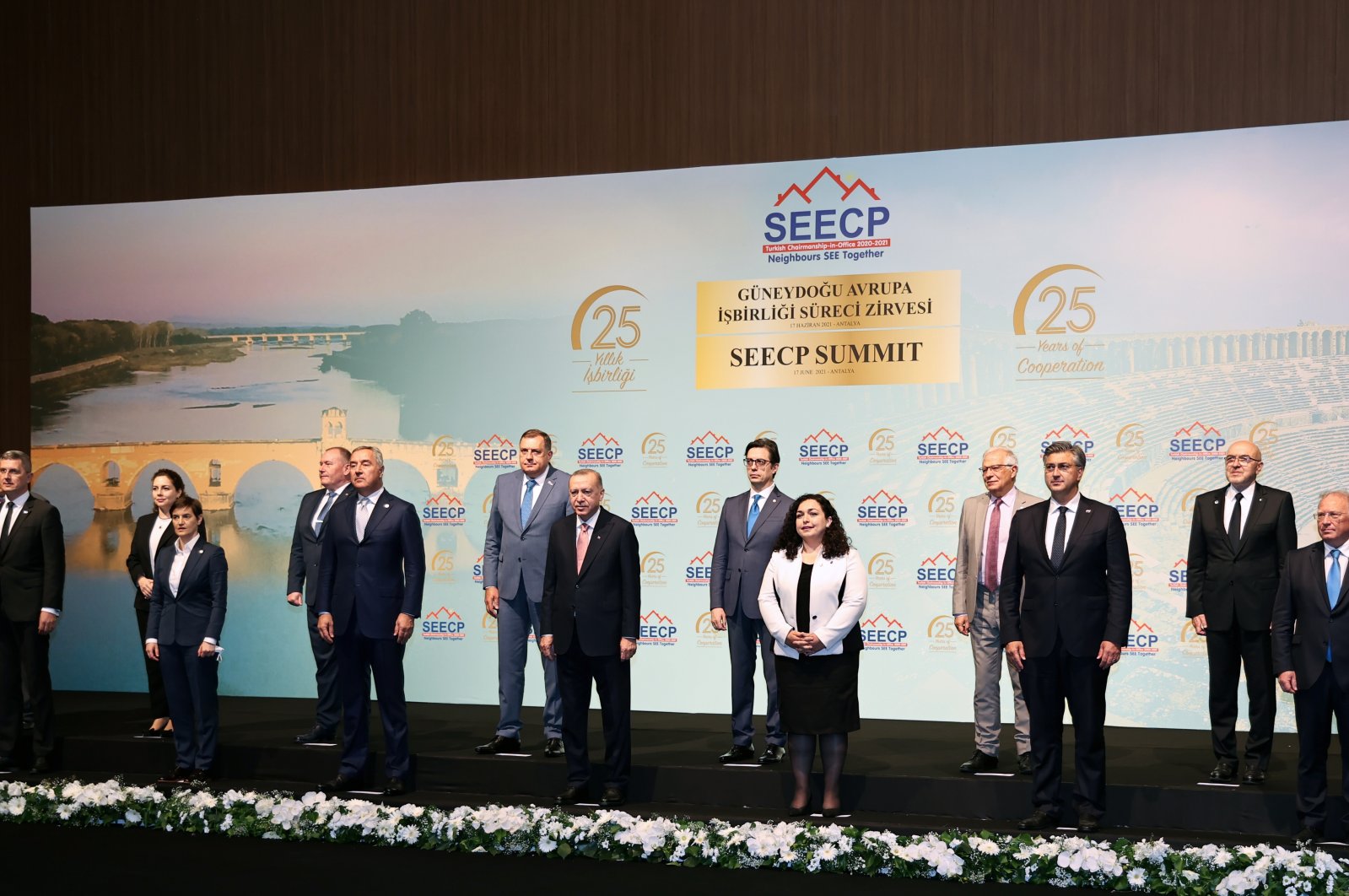 President Recep Tayyip Erdoğan highlighted Turkey's importance for the European Union, as he said the country's integration is vital for the bloc to become a center of power.

"It is not possible for the EU to reach its goal of being a center of attraction and power without Turkey," Erdoğan told the Southeast European Cooperation Process (SEECP) summit in Antalya on Thursday.

He continued by noting that countries in the Southeast Europe region do not have the "luxury" to sit and watch what is happening regarding irregular migration.

The SEECP brings together Turkey, Albania, Bosnia and Herzegovina, Bulgaria, Republic of Macedonia, Romania, Serbia, Greece, Croatia, Moldova and Montenegro and "is a symbol of the common will of the countries of the region to improve cooperation among themselves and to bring lasting stability in South East Europe," according to Turkish Foreign Ministry.

The next term president for the SEECP will be Greece.

Erdoğan arrived early Thursday in Antalya to attend the summit and the Antalya Diplomacy Forum on Friday following an official visit to Azerbaijan.

The Antalya Diplomacy Forum will be held by the Turkish Foreign Ministry under the theme of "Innovative Diplomacy: New Era, New Approaches" from June 18-20.