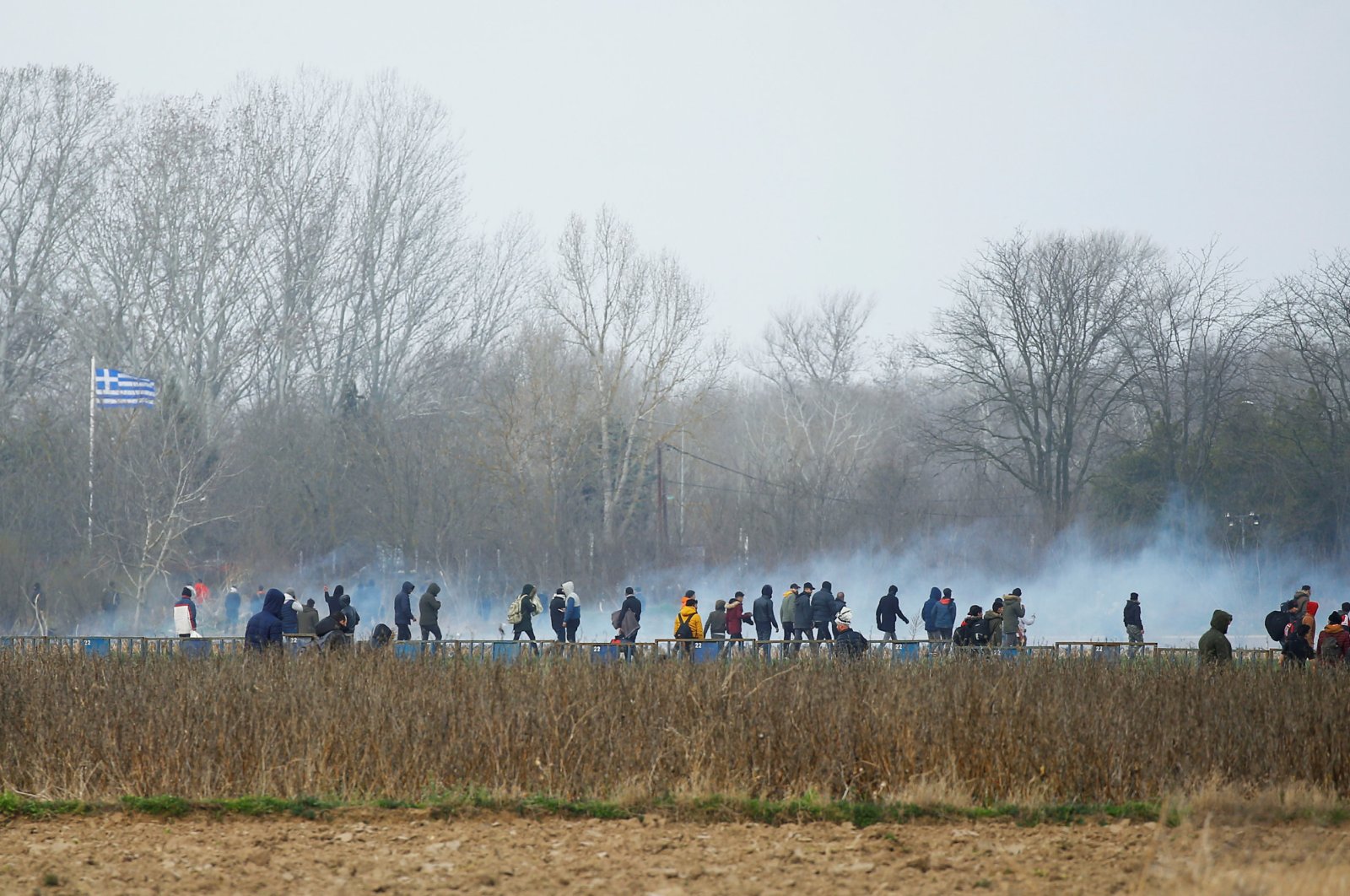 Tear gas thrown by police floats in the air among migrants near Turkey's Pazarkule border crossing with Greece's Kastanies, near Edirne, Turkey, March 4, 2020. (Reuters Photo)
by DAILY SABAH WITH AA Jul 07, 2020 11:28 am
RECOMMENDED

The European Union commissioner for home affairs on Monday called on Greece to investigate pushbacks of migrants at its border with Turkey.

"We can't protect EU borders by violating European rights," Ylva Johansson said at a hearing on the migrant situation at the Greek-Turkish border, which was organized by the civil liberties committee of the European Parliament.

The commissioner called on all EU states as well to investigate and follow illegal pushback cases.

She also proposed to set up a new EU mechanism to verify allegations of illegal pushbacks because the EU does not currently have the mandate to do so.

Also participating in the debate was Greek Minister of Citizen Protection Michalis Chrisochoidis. He denied the allegations but promised to investigate all cases.

He also stressed that Greece is a democratic country that respects human rights and EU law.

Based on evidence from asylum-seekers and human rights activists, at least 250 asylum-seekers have been forcibly expelled from Greece since late March, according to a report in May by The Wall Street Journal.

The Greek police chose people who had not officially filed asylum claims and drove them back from refugee centers to the border, using the coronavirus pandemic as a cover for human rights abuses, according to the report.

In 2019, German weekly Der Spiegel released 11 clips of video footage showing masked men forcing dozens of refugees and migrants to the Turkish side.

Turkey, which hosts over 3.5 million Syrian refugees, is a main crossing point for migrants trying to reach Europe via the Greek islands across from Turkey’s Aegean coast. Others also try to sneak into Greece across the Maritsa river along the border.

An agreement signed between Turkey and the EU in 2016 aimed to curb the massive flow of irregular migrants from Turkey to Europe, but the deal unraveled in late February when Turkey made good on a warning to open its borders. Ankara, fearing a new migration flow from northwestern Syria, said it can no longer hold back migrants who want to go to Europe. Greek forces resisted, leading to scenes of chaos and violence, the deaths of at least two migrants and hundreds of injuries.