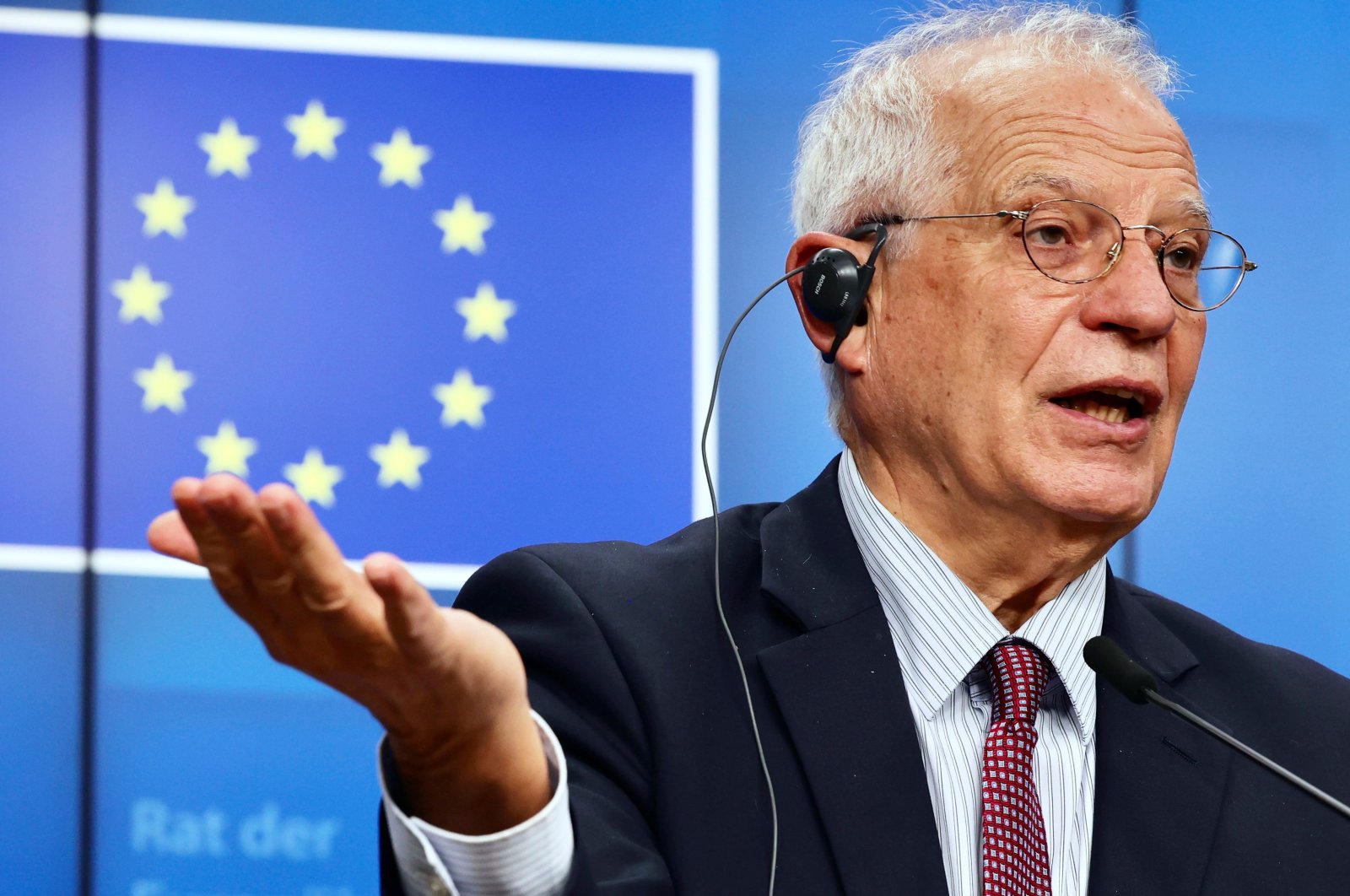 The European Union has continued targetting Turkey after the bloc's foreign policy chief, Josep Borrell, claimed Thursday that Turkey's rhetoric on the Cyprus issue is aggravating tensions with the EU and Ankara must understand that its behavior is "widening its separation" from the EU.

"We consider the recent actions and statements by Turkey related to Cyprus contrary to United Nations resolutions and further igniting tensions," Borrell told a news conference after a meeting of EU foreign ministers.

"It is important that Turkey understands that its behavior is widening its separation from the EU ... In order to return to a positive agenda, as we wish, will require a fundamental change of attitude on the Turkish side."

He was referring to comments made by President Recep Tayyip Erdoğan, who called for an equal "two-state" solution for the divided Cyprus island during a visit to the Turkish Republic of Northern Cyprus (TRNC) earlier this week.

Erdoğan also said Turkey and the TRNC would no longer tolerate the "diplomacy games" in an international dispute over rights to offshore resources in the Eastern Mediterranean.

"For years, we have argued that there should be a chance for cooperation regarding energy resources in the Eastern Mediterranean. However, we did not get results to our well-intentioned efforts," he said.

The Cyprus issue has seen an on-and-off peace process in recent years, including a failed 2017 initiative in Switzerland, under the auspices of guarantor countries Turkey, Greece and the U.K.

Despite Turkey's constant call for dialogue, the EU has threatened to impose sanctions on Turkey over its hydrocarbon exploration in the Eastern Mediterranean when its leaders meet next month.

"Time is running out and we are approaching a watershed moment in our relationship with Turkey," Borrell said.

Germany, which has led diplomatic talks with Ankara, wants to give dialogue a chance because of the close EU-Turkey trade ties.