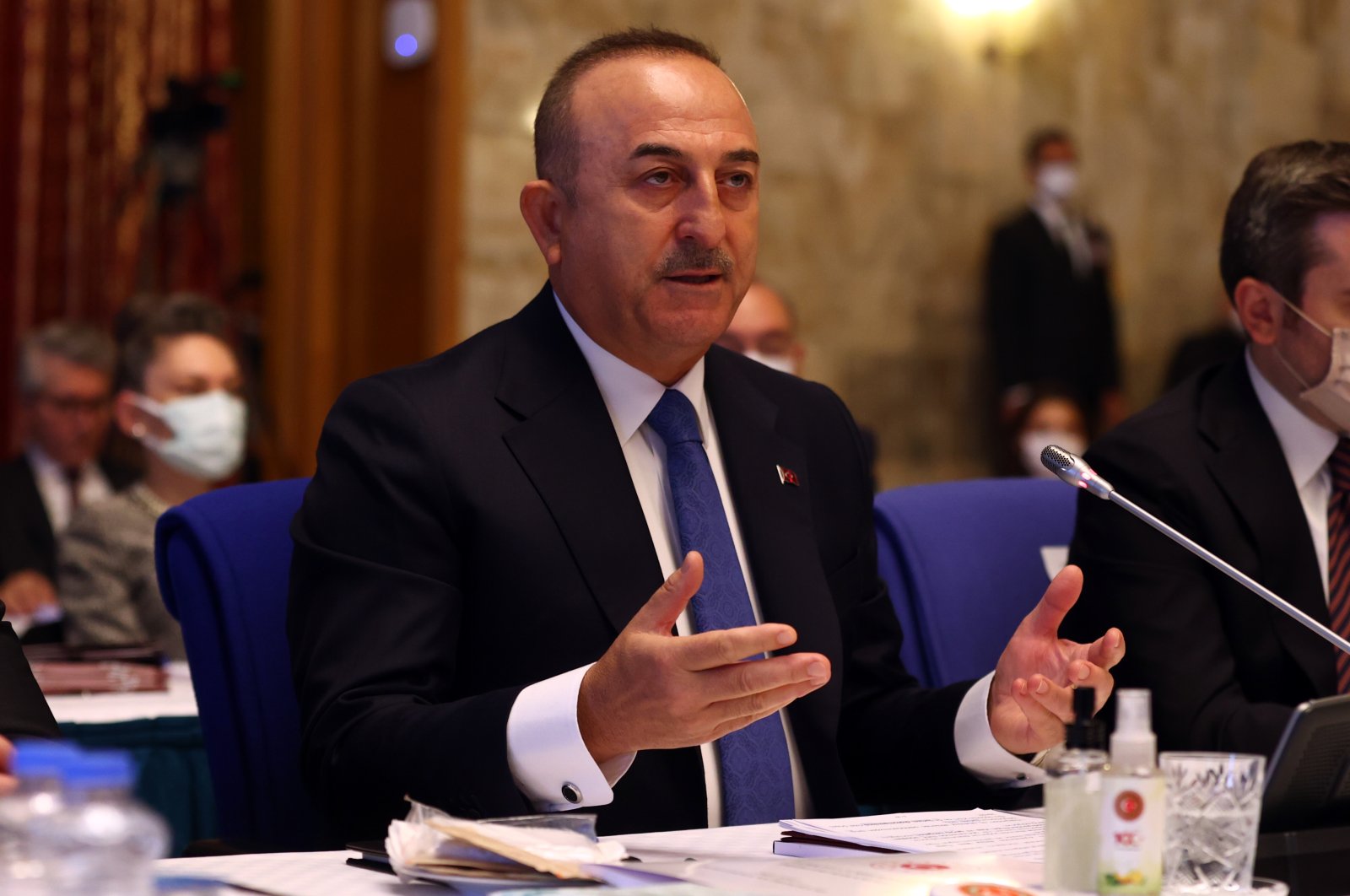 Foreign Minister Mevlüt Çavuşoğlu speaks at the Planning and Budget Committee of the Grand National Assembly of Turkey (TBMM) in the capital Ankara, Turkey, Nov. 4, 2021. (AA Photo)
by DAILY SABAH Nov 05, 2021 11:53 am

The European Union is not advancing Turkey’s accession process despite Ankara calling on Brussels to accelerate the talks, Foreign Minister Mevlüt Çavuşoğlu said on Thursday.

Speaking at the Foreign Ministry and related institutions 2022 Planning and Budget Committee parliamentary meeting, Çavuşoğlu indicated that while Turkey may have its deficiencies, Ankara has never given up on its candidacy for membership.

It was the EU that gave up, he said.

Çavuşoğlu's remarks were in response to criticism by deputies in Parliament who questioned the slow progress in accession talks. He also blamed the protracted process on the nine countries, including France, that oppose expansion.

“We tell the EU ‘do not stall us on visa exemption.' We fulfill the criteria. They started to approach even meetings just recently.”