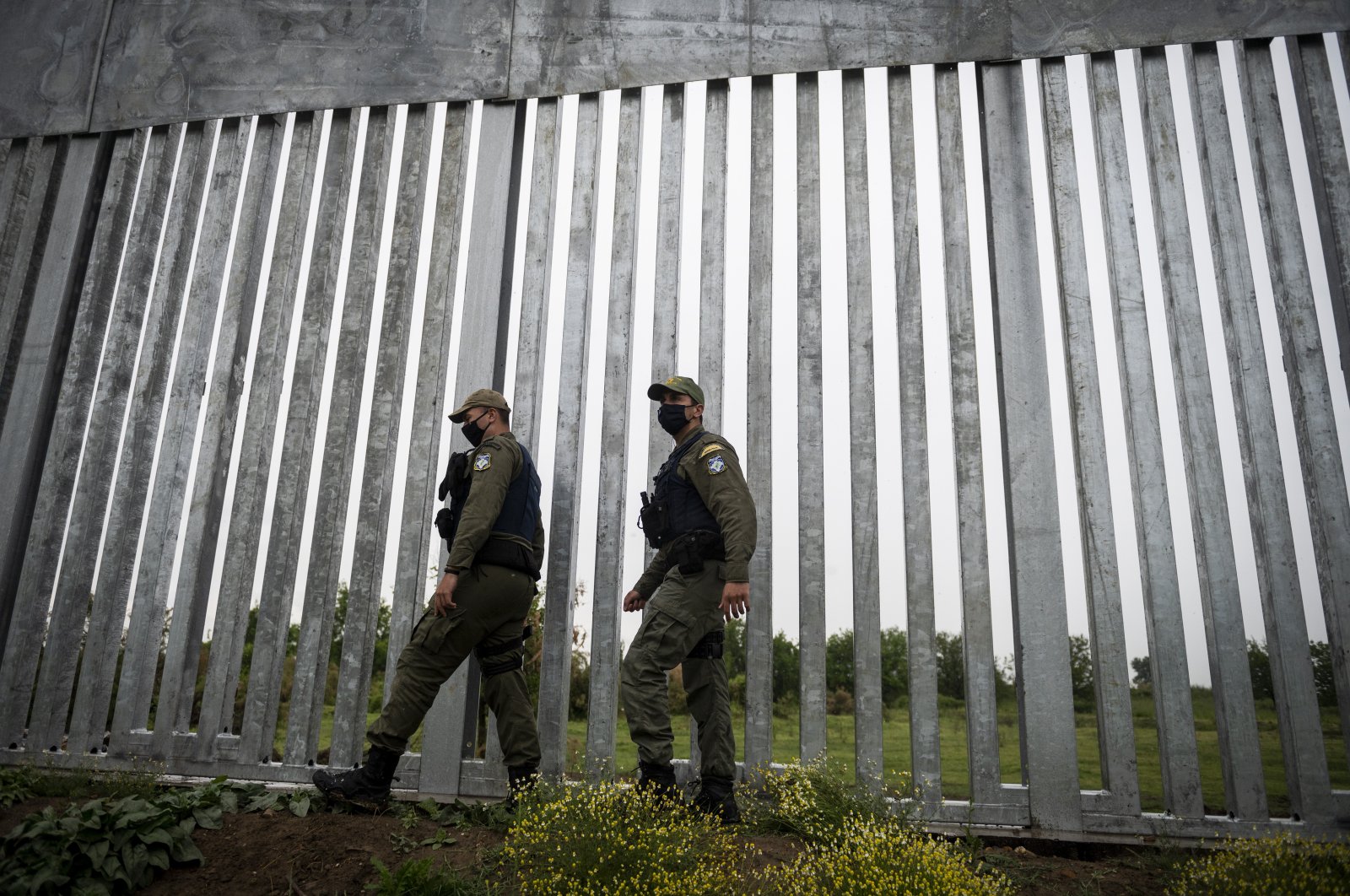 European countries are sending a clear message to irregular migrants: Stay away from our borders as the world begins to travel again in the post-COVID-19 era.

Greek border police are firing bursts of deafening noise from an armored truck over the frontier into Turkey. Mounted on the vehicle, the long-range acoustic device, or “sound cannon,” is the size of a small TV set but can match the volume of a jet engine.

It is part of a vast array of physical and experimental new digital barriers being installed and tested during the quiet months of the coronavirus pandemic at the 200-kilometer (125-mile) Greek border with Turkey to stop people entering the European Union illegally.

A new steel wall, similar to recent construction on the U.S.-Mexico border, blocks commonly-used crossing points along the Evros River that separates the two countries.

Nearby observation towers are being fitted with long-range cameras, night vision, and multiple sensors. The data will be sent to control centers to flag suspicious movement using artificial intelligence analysis.

“We will have a clear ‘pre-border’ picture of what’s happening,” Police Maj. Dimonsthenis Kamargios, head of the region’s border guard authority, told the Associated Press (AP).

The EU has poured 3 billion euros ($3.7 billion) into security tech research following the refugee crisis in 2015-16, when more than 1 million people – many escaping wars in Syria, Iraq and Afghanistan – fled to Greece and on to other EU countries.

The automated surveillance network being built on the Greek-Turkish border is aimed at detecting migrants early and deterring them from crossing, with river and land patrols using searchlights and long-range acoustic devices.

Key elements of the network will be launched by the end of the year, Kamargios said. “Our task is to prevent migrants from entering the country illegally. We need modern equipment and tools to do that.”

Researchers at universities around Europe, working with private firms, have developed futuristic surveillance and verification technology and have tested more than a dozen projects at Greek borders.

Artificial intelligence (AI) powered lie detectors and virtual border-guard interview bots have been piloted, as well as efforts to integrate satellite data with footage from drones on land, air, sea and underwater. Palm scanners record the unique vein pattern in a person’s hand to use as a biometric identifier, and the makers of live camera reconstruction technology promise to erase foliage virtually, exposing people hiding near border areas.

Testing has also been conducted in Hungary, Latvia and elsewhere along the eastern EU perimeter.

The more aggressive migration strategy has been advanced by European policymakers over the past five years, funding deals with Mediterranean countries outside the bloc to hold migrants back and transforming the EU border protection agency, Frontex, from a coordination mechanism to a full-fledged multinational security force.

But regional migration deals have left the EU exposed to political pressure from neighbors.

Earlier this month, several thousand migrants crossed from Morocco into the Spanish enclave of Ceuta in a single day, prompting Spain to deploy the army. A similar crisis unfolded on the Greek-Turkish border and lasted three weeks last year.

Greece is pressing the EU to let Frontex patrol outside its territorial waters to stop migrants reaching Lesbos and other Greek islands, the most common route in Europe for illegal crossing in recent years.

Not all the surveillance programs being tested will be included in the new detection system, but human rights groups say the emerging technology will make it even harder for refugees fleeing wars and extreme hardship to find safety.

Patrick Breyer, a European lawmaker from Germany, has taken an EU research authority to court, demanding that details of the AI-powered lie detection program be made public.

“What we are seeing at the borders, and in treating foreign nationals generally, is that it’s often a testing field for technologies that are later used on Europeans as well. And that’s why everybody should care, in their own self-interest,” Breyer of the German Pirates Party told the Associated Press.

He urged authorities to allow broad oversight of border surveillance methods to review ethical concerns and prevent the sale of the technology through private partners to authoritarian regimes outside the EU.

Ella Jakubowska, of the digital rights group EDRi, argued that EU officials were adopting “techno-solutionism” to sideline moral considerations in dealing with the complex issue of migration.

“It is deeply troubling that, time and again, EU funds are poured into expensive technologies that are used in ways that criminalize, experiment with and dehumanize people on the move,” she said.

Migration flows have slowed in many parts of Europe during the pandemic, interrupting an increase recorded over the years. In Greece, for example, the number of arrivals dropped from nearly 75,000 in 2019 to 15,700 in 2020, a 78% decrease.

But the pressure is sure to return. Between 2000 and 2020, the world’s migrant population rose by more than 80% to reach 272 million, according to United Nations data, fast outpacing international population growth.

At the Greek border village of Poros, the breakfast discussion at a cafe was about the recent crisis on the Spanish-Moroccan border.

Many of the houses in the area are abandoned and in a gradual state of collapse, and life is adjusting to that reality.

Cows use the steel wall as a barrier for the wind and rest nearby.

Panagiotis Kyrgiannis, a Poros resident, says the wall and other preventive measures have brought migrant crossings to a dead stop.

“We are used to seeing them cross over and come through the village in groups of 80 or a 100,” he said. “We were not afraid ... They don’t want to settle here. All of this that’s happening around us is not about us.”