EU holds off on Turkey sanctions due to positive developments 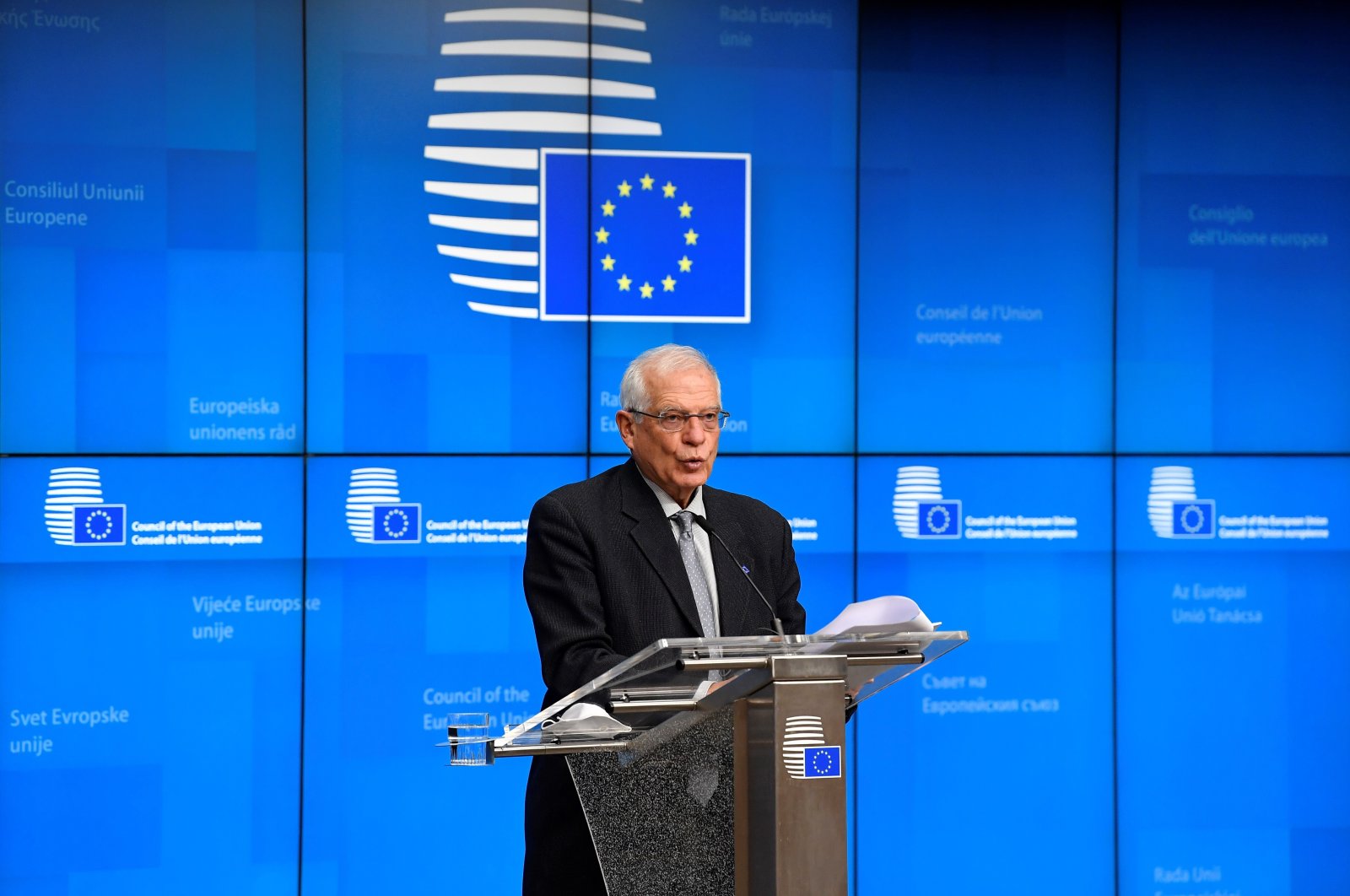 The European Union has decided to hold off on possible sanctions on Turkey due to positive developments in a meeting of the bloc’s foreign ministers Monday.

Speaking after the meeting, Germany’s Foreign Minister Heiko Mass, who was in Turkey last week, said: "We did not decide to sanction Turkey today because we see that there are positive developments.”

"There are no Turkish ships in the contested areas in the Eastern Mediterranean anymore; exploratory talks between Turkey and Greece have begun this evening in Istanbul. Those are all positive signals that we had waited for a long time, which should now not be strained by sanctions,” he added.

But the EU insists Ankara must make good on its diplomatic overtures and the bloc's foreign policy chief Josep Borrell said work on the sanctions is ongoing.

"The list is not ready, but has not been put aside," he said.

Most recently, Turkey and Greece on Monday launched the first direct diplomatic contact in the form of exploratory talks in nearly five years to address their disputes related to sovereignty rights in the Eastern Mediterranean.

The two countries initiated exploratory talks to discuss the issues in the Eastern Mediterranean on March 12, 2002, in an effort to find a fair, sustainable and inclusive solution. These discussions were the 61st of their kind between the nations.

The Turkish delegation in Istanbul was led by Deputy Foreign Minister Sedat Önal and Presidential Spokesperson Ibrahim Kalın, with retired diplomat Pavlos Apostolidis at the head of the Greek team. While agreeing to meet, the two sides disagreed over what to talk about.

Turkey says everything is on the table: maritime borders and exclusive economic zones in the Aegean Sea, the demilitarization of Greek islands off the Turkish coast and differences over airspace.

Greece only wants to talk about the boundaries of continental shelves in the Aegean and economic zones.

Foreign Minister Mevlüt Çavuşoğlu, who was in Brussels last week to meet top EU officials, said Ankara was prepared for talks without preconditions, unlike Athens.

In order to find a solution to the dispute that favors all parties, last year Turkey also proposed holding a conference with the participation of each Mediterranean nation, including the Turkish Cypriots, but the EU has yet to provide a concrete answer to the proposal.