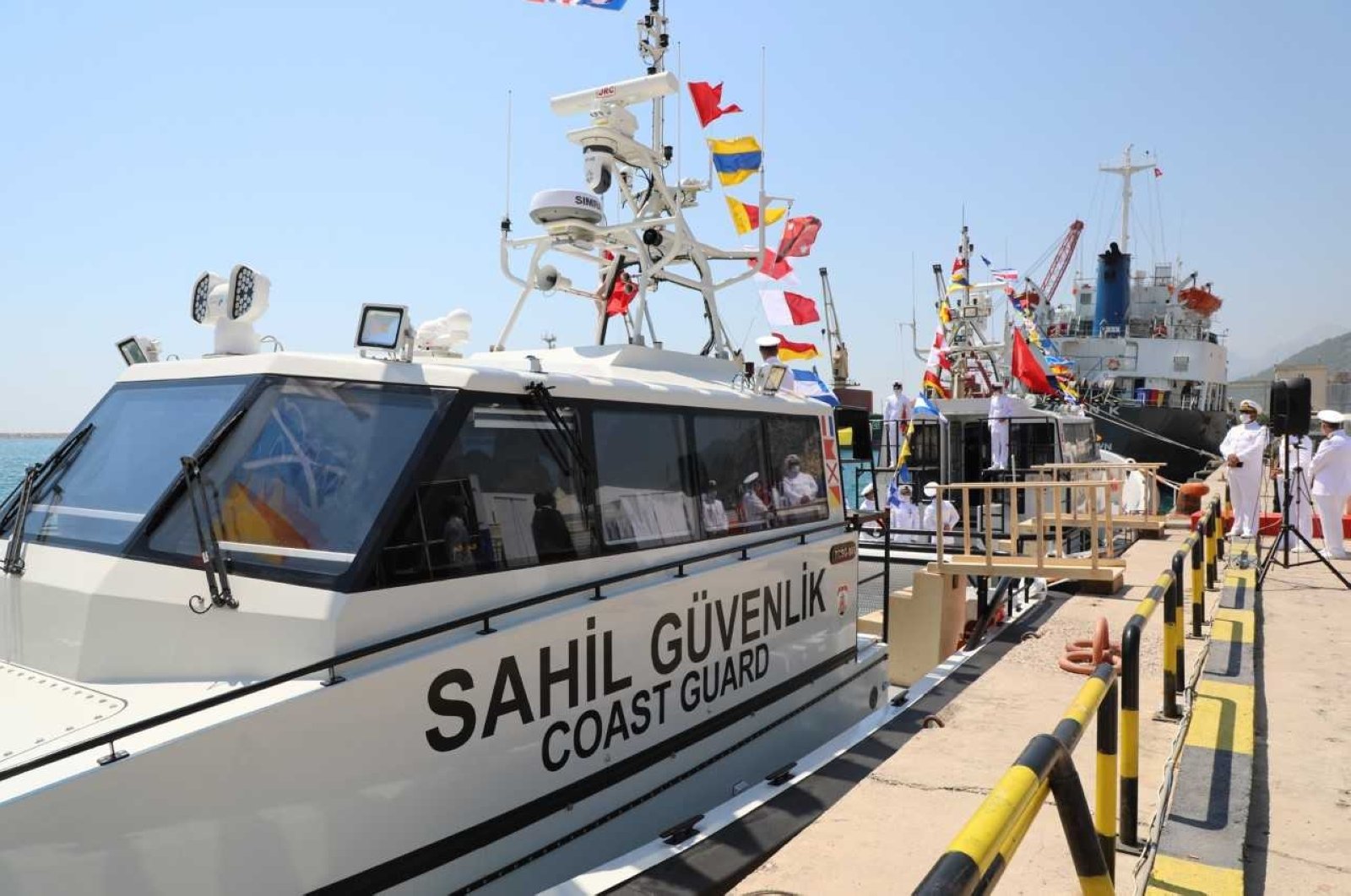 Two new search and rescue vessels are handed over to the Turkish Coast Guard Command through the partnership of the European Union and the International Organization of Migration (IOM) during a ceremony in Turkey’s southern coastal city of Antalya, July 27, 2020. (Photo from the IOM Turkey Public Information Unit)
by DAILY SABAH Jul 27, 2020 2:47 pm
RECOMMENDED

Commanders from the Turkish Coast Guard Command met with a group of representatives from both the European Union and the International Organization of Migration (IOM) in Turkey’s southern coastal city of Antalya on Monday at a ceremony for the handover of two new search and rescue vessels.

The two vessels are the first of nine boats to be given to the Turkish coast guard as part of the second phase of an EU-funded project implemented by the IOM with the aim of strengthening the capacity of the country’s search and rescue operations. The project’s first phase, which began in 2016, included the handover of six vessels. The project has also provided training for over 1,000 Turkish coast guard staff on topics ranging from the provision of psychosocial support to migrants and refugees to international humanitarian law.

The Turkish Coast Guard Command has rescued thousands of migrants and refugees in the Aegean this year, after most of them were pushed back by Greek authorities into Turkey's territorial waters. The Turkish coast guard provides rescued migrants with food and clothes. Health care personnel also provide treatment for rescued migrants who are sick or injured.

Turkey and Greece have been key transit points for asylum-seekers, refugees and migrants seeking to cross into Europe to start new lives, especially those fleeing war and persecution. Ankara already hosts over 3.5 million Syrian refugees, more than any other country in the world, and has expressed frustration over the lack of international assistance.

“Statistics show that people will still endanger themselves and their families in order to try their chances at a better life, whether there is a pandemic or not,” said Lado Gvilava, IOM’s chief of mission in Turkey. “Given this reality, we must do all we can to be prepared to help.”

The search and rescue vessels are being built by the Damen Group, a Dutch shipbuilding company. The vessels have superior capabilities with regard to speed, range and efficiency. They can operate in all weather conditions and accommodate up to 120 rescued people on board. They can reach a maximum speed of 33 knots and right themselves if capsized.