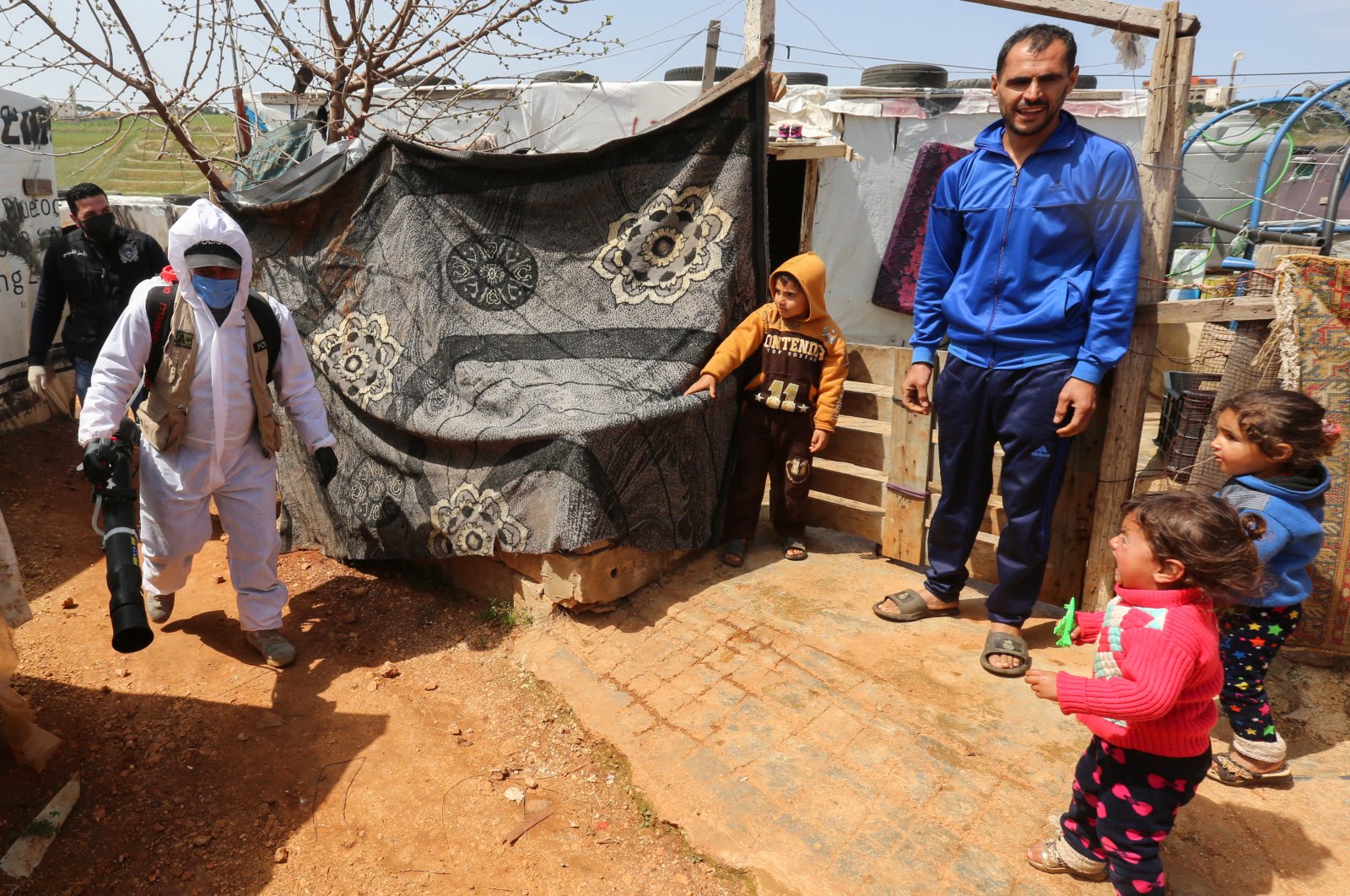 A worker from the municipality sanitizes a Syrian refugee camp, as Lebanon extends a lockdown by two weeks to combat the spread of coronavirus disease (COVID-19) in Marjayoun, Lebanon March 23, 2020. (REUTERS Photo)
by Anadolu Agency Mar 31, 2020 6:05 pm
RECOMMENDED

The new assistance package aims at developing health care services and social protection for Syrian refugees and their hosts, as well as promoting education and family care.

The biggest part of the assistance – 100 million euros – will improve social security and help the most vulnerable local and Syrian households in Lebanon. A further package of 10.5 million euros is specially addressed for childcare and family protection.

Some 57.5 million euros will be spent on schooling Lebanese and Syrian children.

Iraq's western Ninewa province will benefit from a 10 million euro assistance package for housing the returnees and supporting peacebuilding.

The EU stands by the Syrian refugees and the countries hosting them, said the bloc's foreign policy chief Josep Borrell. "Not only to face the most immediate challenges, including the coronavirus pandemic but also to build up their future," he added.

It also called for an immediate and nationwide cease-fire in Syria in light of the coronavirus pandemic in a statement issued by the EU External Action's spokesperson Peter Stano over the weekend.

Cease-fire "is also a precondition for halting the spread of the coronavirus and protecting an already struggling population from its potentially devastating consequences," the diplomatic statement added.

In total, the EU Regional Trust Fund in Response to the Syrian Crisis has provided more than 2 billion euros in financial aid. The fund was originally set up in 2014 in order to tackle the humanitarian crisis caused by the Syrian war and will operate until 2023.

EU Trust Fund's Operational Board receives contributions from the EU member states, the U.K., and Turkey, which is the largest host country for Syrian refugees.