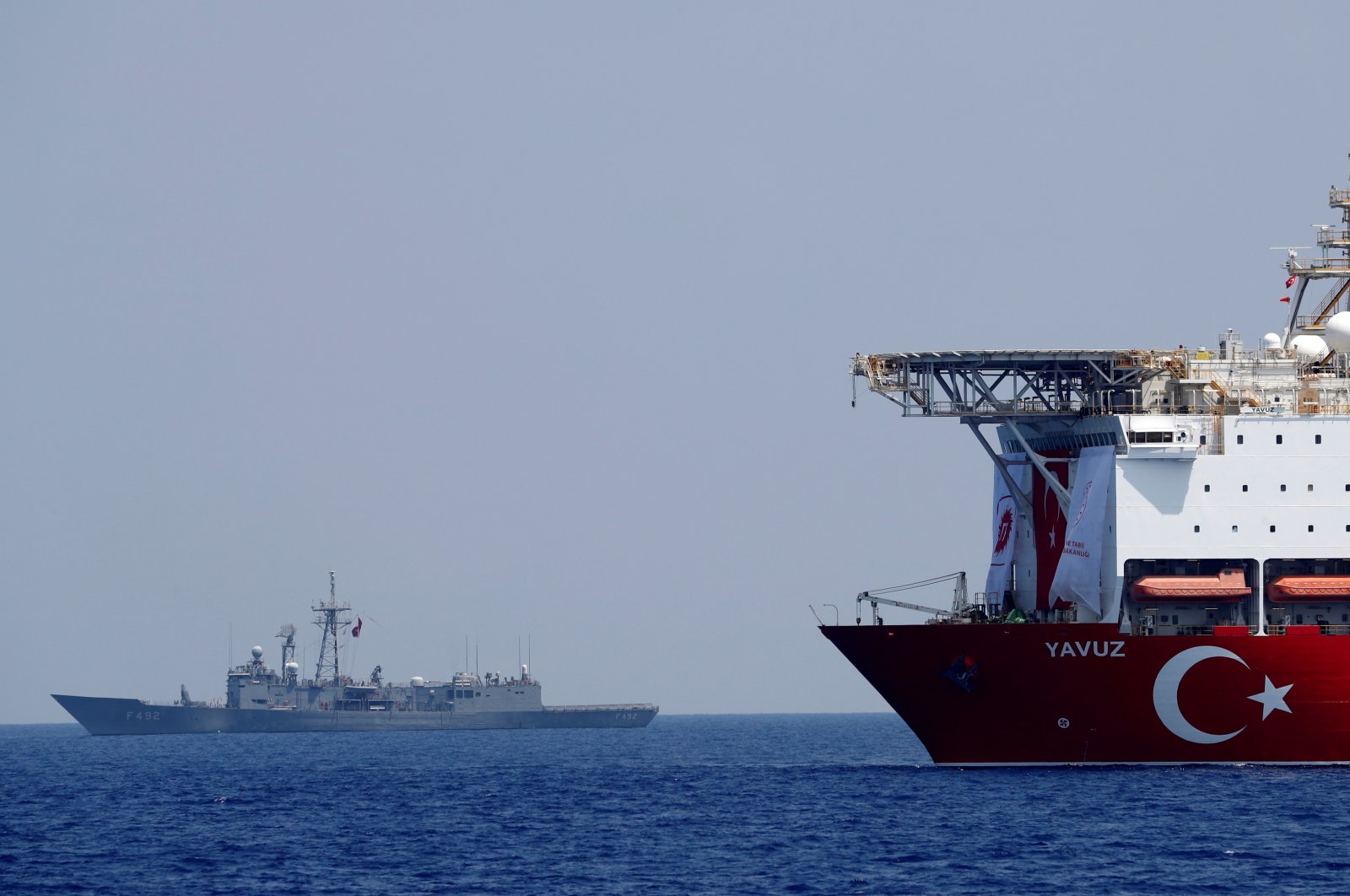 The Turkish drilling vessel Yavuz (R) being escorted by a Turkish navy frigate in the Eastern Mediterranean off the island of Cyprus, Aug. 6, 2019. (Reuters Photo)
by DAILY SABAH WITH AA Aug 18, 2020 11:26 am
RECOMMENDED

The president of the European Council on Monday proposed a special leaders' summit on the situation in the Eastern Mediterranean for Sept. 24-25.

On Wednesday, European Union heads of state and government will hold an extraordinary videoconference to discuss the bloc's reaction to the latest development in Belarus.

According to Charles Michel, Wednesday's leaders' meeting will exclusively be dedicated to Belarus.

At the same time, Michel suggested in the official invitation letter for this week's online summit to "allow time for thorough preparation and come back to the topic" of the Eastern Mediterranean during a special leaders' conference at the end of September.

On Friday, EU foreign affairs ministers held discussions on the topic, as well as on tension between Turkey and Greece concerning the continental shelf rights in the Eastern Mediterranean.

In a statement released after their meeting Friday, EU foreign ministers reaffirmed the bloc's solidarity with Greece and the Greek Cypriot administration and underlined that "the serious deterioration in the relationship with Turkey is having far-reaching strategic consequences for the entire EU, well beyond the Eastern Mediterranean."

"Immediate de-escalation by Turkey was considered crucial," the release added.

Amid the increasing tensions in the region, Azerbaijan on Monday voiced support for Turkey's seismic activities in the Eastern Mediterranean, saying Ankara was protecting its rights.

Referring to Armenia's provocative statement about the Treaty of Sevres and its position on the Eastern Mediterranean, Hajiyev said this was an attempt to intervene in issues that did not concern Yerevan.

The 1920 Treaty of Sevres, an unfair pact imposed on the Ottoman Empire after World War I, was replaced in 1923 by the Treaty of Lausanne – signed by Turkey on one side and Britain, France, Italy, Greece and their allies on the other – that recognized the modern Turkish state.

He said Armenia was trying to cover up its own occupational policies by accusing other countries.

"I think that everyone should know their place and should keep within bounds," he said, adding that diplomacy was "a serious field" where there is no room for "irresponsible" statements.

"With such a statement, Armenia first of all humiliates itself. I'm sure Armenia has no news of the events in the Eastern Mediterranean and the only reason for the statement is that the subject is of interest to Turkey," he said.