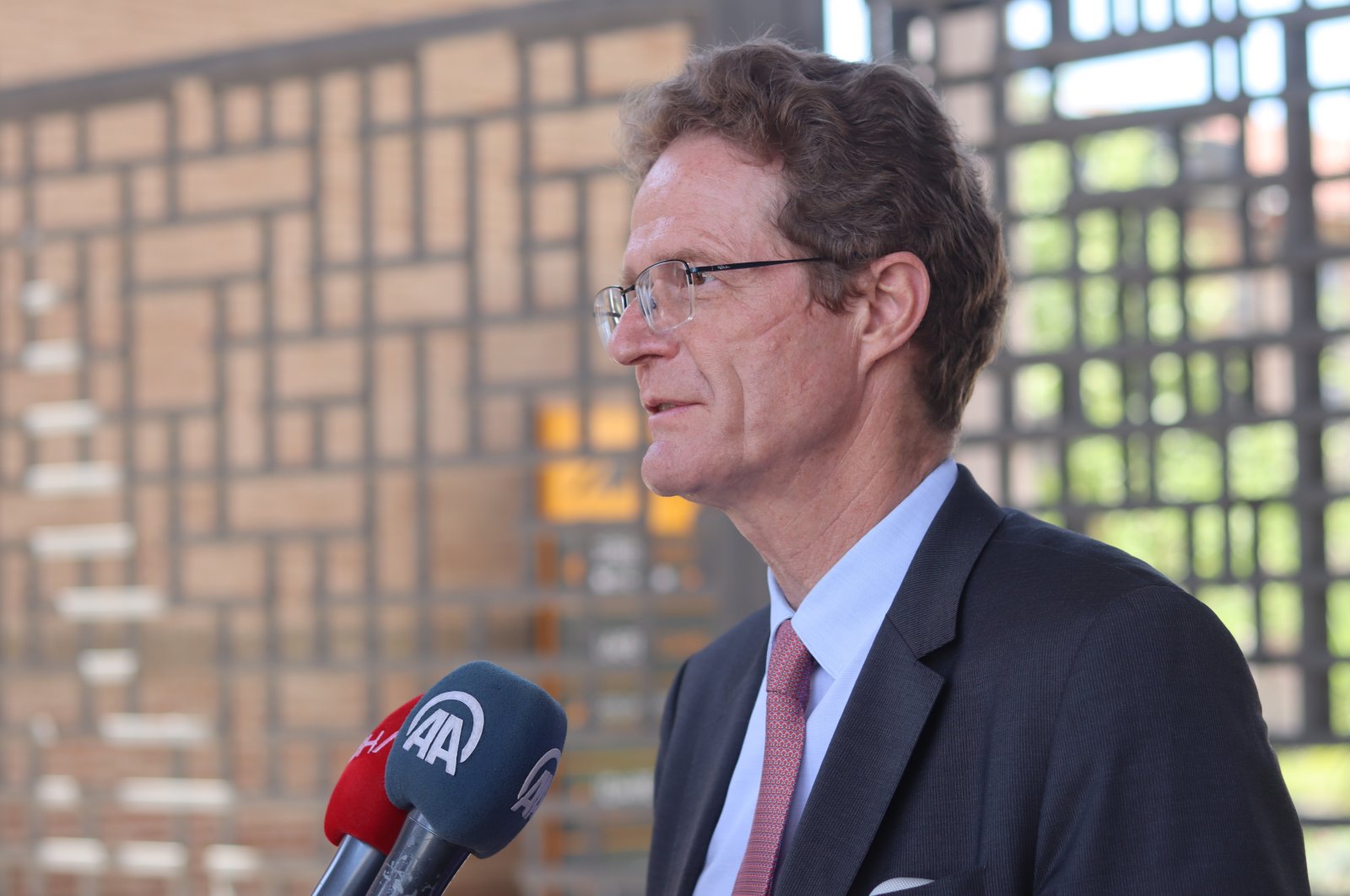 The European Union will prolong Turkey's Promoting Integration of Syrian Kids into the Education System (PIKTES) into next year, EU envoy to Turkey Nikolaus Meyer-Landrut stated on Wednesday.

Implemented by the education ministry, PIKTES aims to contribute to children under temporary protection accessing education.

Meyer-Landrut stated during his two-day visit to southern Adana province that he will visit different schools including vocational training facilities, primary schools and prefabricated schools and meet with PIKTES teachers.

"We are supporting Turkey in its efforts to host this huge refugee community, particularly also in the sector of education," the ambassador stated, saying that there are two dimensions to it.

"One is infrastructure-building and supporting the refurbishment of schools," Meyer-Landrut said, adding that there are 39 schools the EU supports in Adana and over 400 worldwide.

"The second very important dimension is the support of the PIKTES program with which we finance teachers and other staff so that the Syrians and host community children can have as good a formation and school and teaching as possible," he stressed.

Meyer-Landrut said that teaching, especially during the COVID-19 pandemic, is important and complicated and added that the EU will further support the teachers and the program.

After paying a courtesy visit to the governor, Süleyman Elban, the ambassador toured the city and visited historical sites and the archaeology museum of Adana.

The ambassador continued by visiting Adana Metropolitan Mayor Zeydan Karalar. During the visit, Meyer-Landrut stressed that he is impressed by what the Turkish people, the Turkish state and provinces do to host and support refugees. He added that the EU will continue its support.

"Hopefully you will contribute to alleviate Turkey's burden on refugees," Karalar said for his part, highlighting that Adana is the fifth province with the highest number of refugees in the country.

Karalar also touched upon the importance of the integration of refugees into Turkish society, saying that education and vocational training are key in this regard.

"There are nearly 400,000 refugees, guests in Adana," he said, which increased the province's population by 22%.

Karalar said expenses also increased in line with the population and hoped for a continuation of EU support.