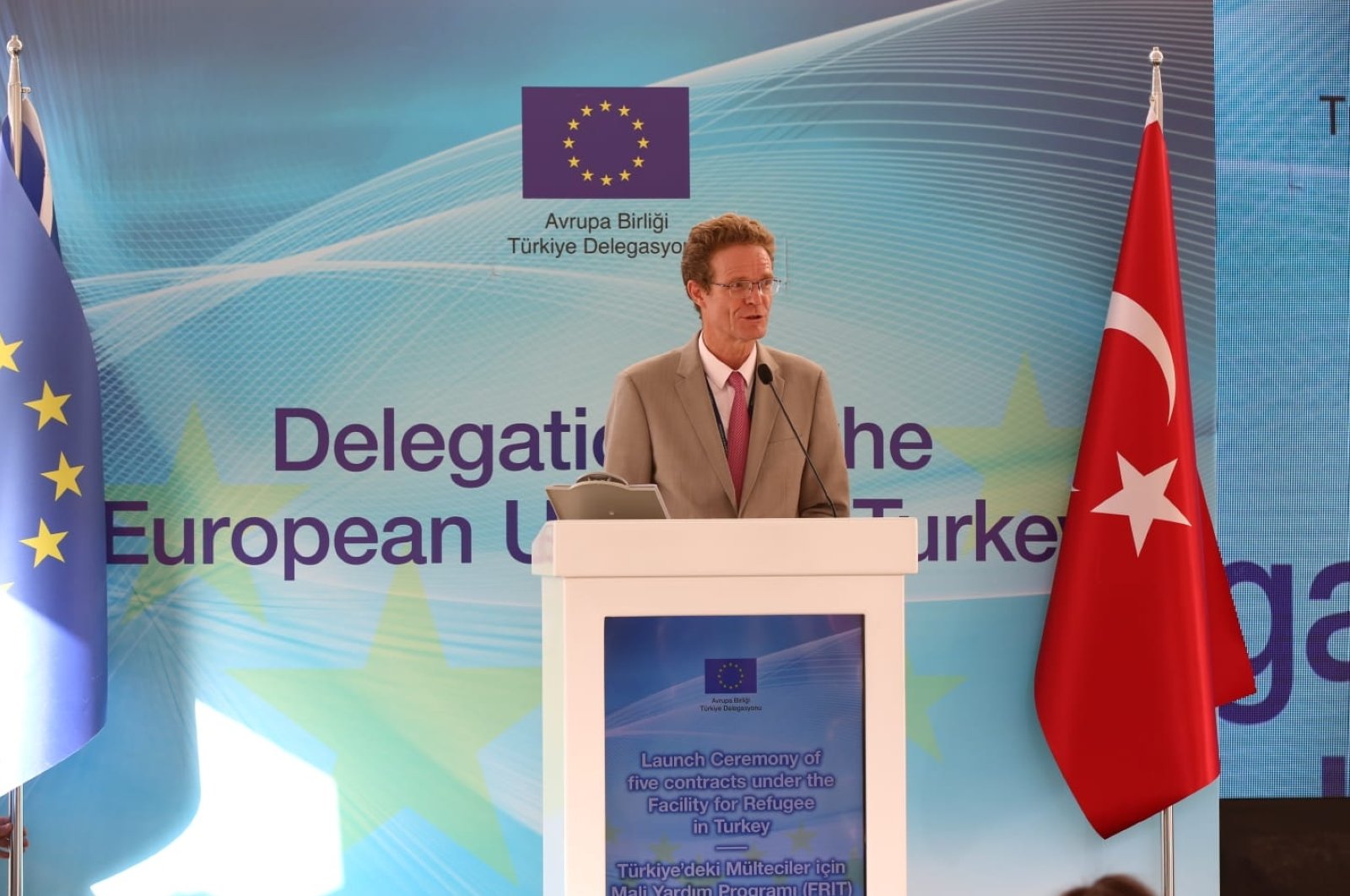 The European Union announced new projects within the scope of the bloc’s aid program for refugees in Turkey on Tuesday during an opening event in Ankara attended by the newly appointed EU delegation head to Turkey Nikolaus Meyer-Landrut.

Within the framework of the Facility for Refugees in Turkey (FRIT), the EU delegation presented the copies of five contracts made between the European Union and the World Bank to Turkish authorities. The agreements, with a total value of 393 million euros ($460 million), will support the economic and social integration of refugees and host countries.

Tuesday in a ceremony held in Ankara, Meyer-Landrut came together with Director General for Relations with the EU Ambassador Başak Türkoğlu and Halil Afşarata, the FRIT chief coordinator from the Vice Presidency.

The World Bank country director for the Republic of Turkey also participated through video link.

The projects aim to enhance the abilities and capacities of refugees and facilitate their access to the labor market while ameliorating employment conditions. They will further support activities for the learning of the Turkish language by refugees and will ensure the continuation of social benefits packages. Aid for infrastructure is also part of the new projects, especially for municipalities in the southeastern provinces of Turkey.

These programs have been running as part of the 2016 EU-Turkey deal, meant to stop unauthorized refugee flows to the bloc and improve the conditions of Syrian refugees in Turkey.

The EU had pledged 6 billion euros in aid for the refugees.

Turkey is the largest host country for Syrian refugees and provides protection to more than 3.5 million people who have fled the neighboring country. The EU Facility for Refugees in Turkey supports refugees and host communities by financing projects in education and health care as well as others that improve infrastructure and develop the economy.

To reduce the number of illegal migrants on the dangerous Aegean Sea route and to find a solution for the influx of refugees heading to the European bloc, Turkey and the EU signed a migration agreement in March 2016.