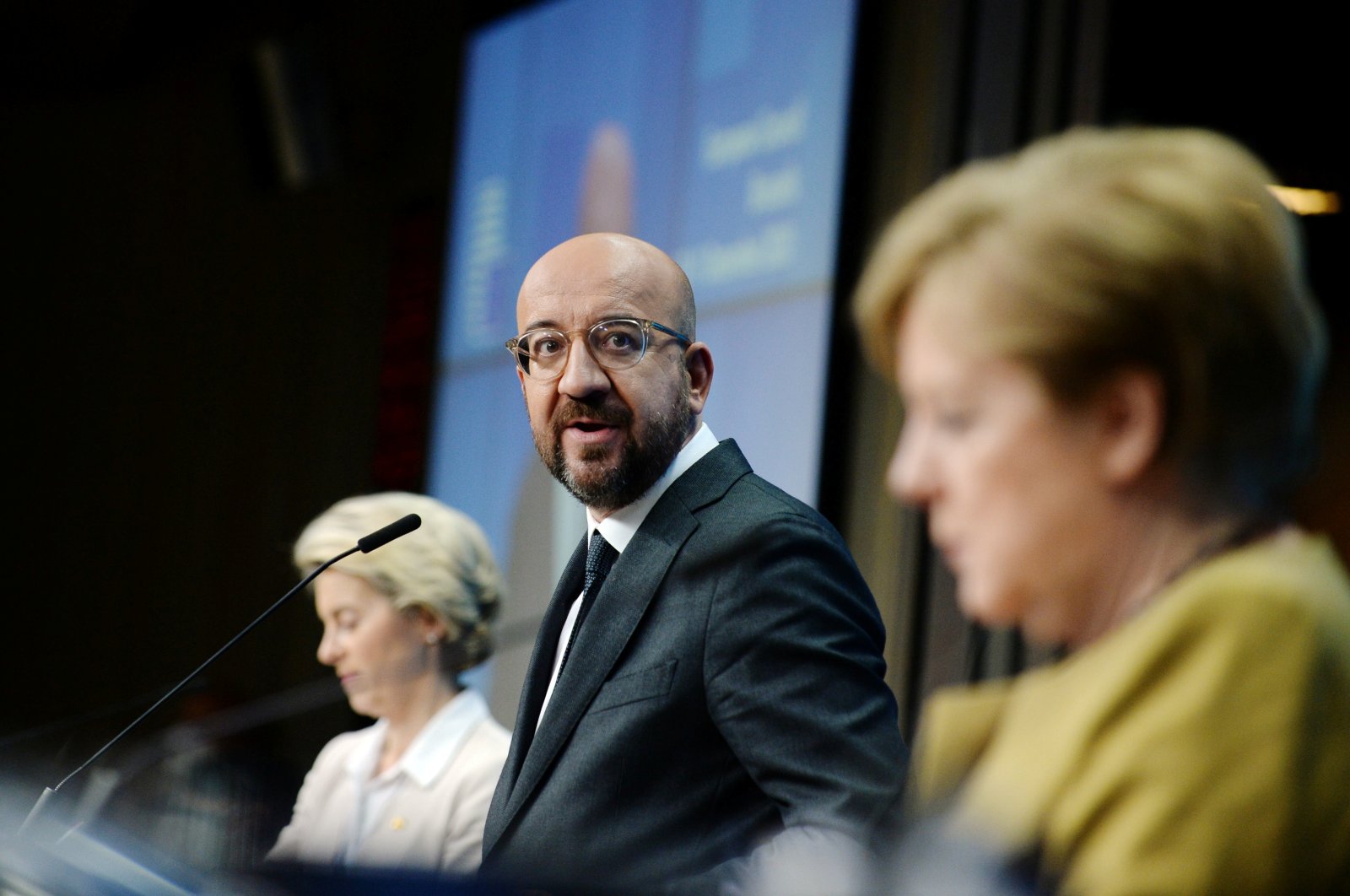 The European leaders on Friday expressed the European Union's readiness for cooperation and dialogue with Turkey after a two-day summit in Brussels.

The bloc is ready to cooperate more with Turkey to tackle migration, European Council President Charles Michel said in a news conference and added: "We want responsible cooperation with Turkey.”

German Chancellor Angela Merkel also said that they hoped during their presidency to have more positive relations with Turkey and added that EU leaders have asked the High Representative to prepare a report for the next summit on EU cooperation with Turkey.

"In light of that we will talk more about our relations with Turkey, which is marked on the one hand by strategic dependencies – many of us are members of NATO – and on the other hand by tensions," she said.

French President Emmanuel Macron also said that the EU remained open to dialog with Turkey and the new sanctions the EU is preparing over Turkish gas drilling show the bloc will no longer accept destabilizing actions in its orbit.

In a joint statement released following their meeting in Brussels, European leaders also said that the bloc’s offer for a "positive agenda" with Turkey remains on the table.

They criticized Ankara's energy exploration activities in the Eastern Mediterranean but stopped short of calling for severe economic sanctions against Turkey.

"The European Council reaffirms the EU's strategic interest in the development of a cooperative and mutually beneficial relationship with Turkey," the leaders said.

"The offer for a positive EU-Turkey agenda remains on the table, provided Turkey shows readiness to promote a genuine partnership with the union and its member states and resolve differences through dialogue and in accordance with international law."

They said enhanced cooperation between the EU and Turkey could cover the economy and trade, people to people contacts, high-level dialogue meetings, and continued cooperation on migration issues.

The leaders reaffirmed their support for the resumption of U.N.-led talks for a comprehensive settlement of the Cyprus problem.

They also raised their expectation for the early resumption of direct exploratory talks between Greece and Turkey to overcome their disputes.

Despite proposals tabled by Greece and the Greek Cypriot administration to introduce severe economic sanctions, an arms embargo on Turkey, the majority of European leaders opposed harsher measures and advocated a softer line.

The leaders instructed the EU's top diplomat, Josep Borrell, to prepare a report on the state of play of EU-Turkey political, economic and trade relations, and "on options how to proceed" in relations.

They said this report will be discussed at their next summit in March 2021 or earlier if this becomes necessary.

The summit also signaled that the EU may increase pressure on Ankara in the coming weeks by including additional individuals from Turkey's energy sector to a sanctions regime, which was created in November 2019.

The leaders instructed relevant European bodies to prepare "additional listings" in light of recent tensions in the Eastern Mediterranean.

Currently, only two executives of the Turkish Petroleum Corporation are subject to these sanctions, which consist of an assets freeze and a travel ban to the European Union.

EU members Greece and the Greek Cypriot administration have long been at odds with Turkey over maritime claims in the Eastern Mediterranean.

Ankara has rejected the maritime boundary claims of these countries and stressed that these excessive claims violate the sovereign rights of both Turkey and the Turkish Cypriots.

The Turkish government has sent several drillships in recent months to explore for energy resources in the region, asserting Turkey's rights in the region as well as those of the Turkish Republic of Northern Cyprus (TRNC).