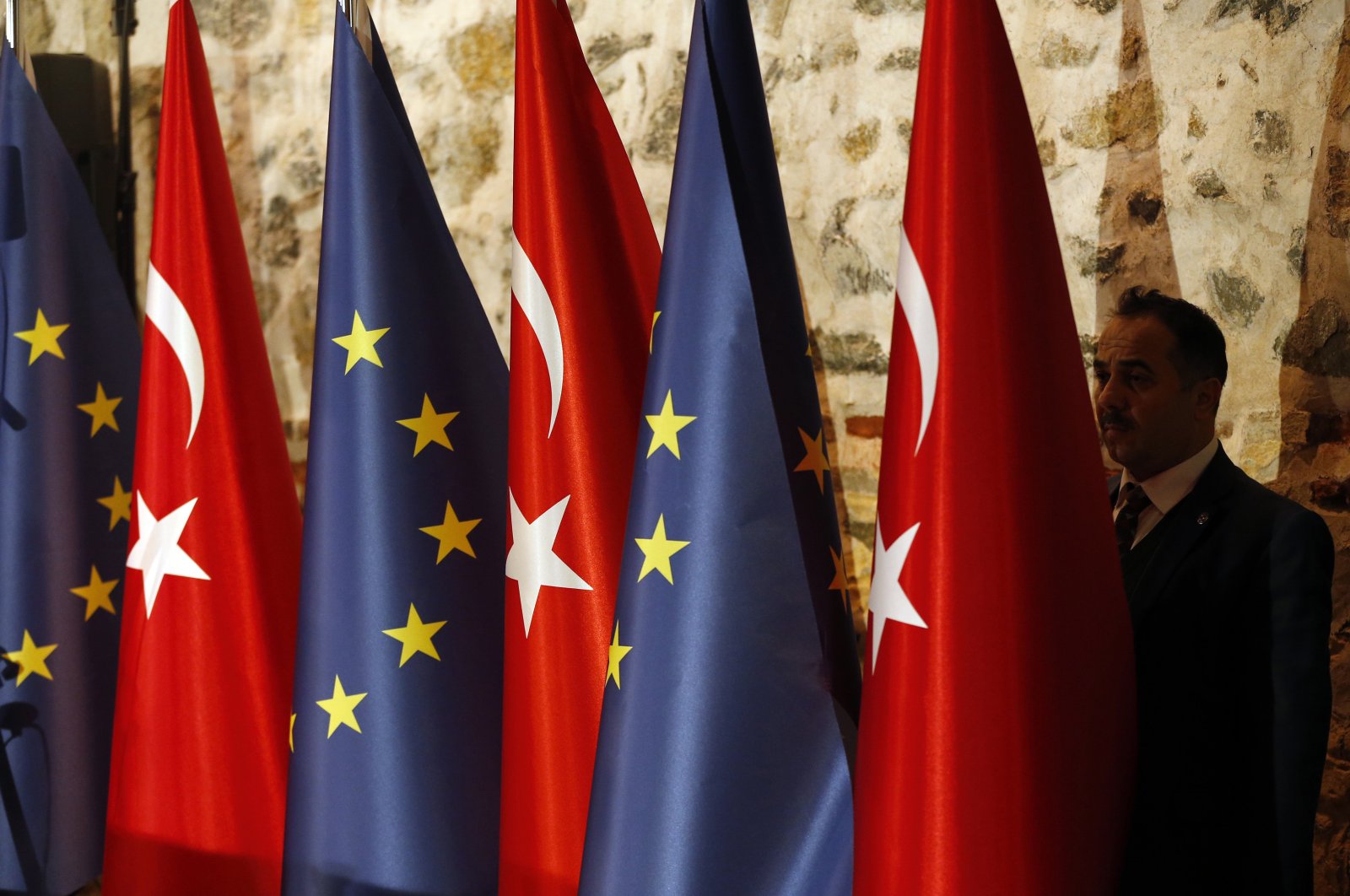 An official adjusts Turkey's and European Union's flags prior to the opening session of a high-level meeting in Istanbul, Feb. 28, 2019. (AP Photo)
by DAILY SABAH WITH AA May 15, 2020 11:35 am
RECOMMENDED

The European Parliament (EP) on Thursday rejected a proposal by some of its lawmakers that would have cut pre-accession funds for Turkey.

Sanchez Amor is a member of the EU-Turkey Joint Parliamentary Committee and is the EP's rapporteur on Turkey.

"Those funds are now mainly focused on supporting an independent civil society," added Sanchez Amor, who is a member of the parliament's social democrat bloc.

EU lawmakers adopted the evaluation of the 2018 European Union budget during this week's plenary session via a remote voting system due to the COVID-19 pandemic.

One of the amendments to the report suggested that the European Commission consider suspending pre-accession funds for Turkey if there was a lack of progress on various reforms.

The proposal was submitted by German lawmaker Monika Hohlmeier from the center-right political group, the European People's Party, a group that had previously proposed unsuccessfully to officially end accession negotiations with Turkey in the most recent version of the EP's report on the country.

Signing a partnership agreement with the European Economic Community (EEC) in 1963, Turkey applied for the EU membership in 1987 and became a member country in 1999, beginning accession talks in 2005.

But negotiations were stalled in 2007 due to objections of the Greek Cypriot administration on the divided island of Cyprus as well as opposition from Germany and France.

The latest amendment was a particularly tricky political move because it was presented as part of the 2018 budget evaluation, indirectly related to Turkey.

The amendment on cutting pre-accession funds was, in the end, turned down by the majority of EU lawmakers due to a coalition between Social Democrats, Liberals and Greens.

"This was a good a fight: with our joint efforts by Sanchez Amor, myself and likeminded parliamentarians we managed to reject the proposal to cut IPA funds for Turkey. Happy to know that that the Turkish civil society will not suffer under the current bilateral difficulties," German lawmaker Sergey Lagodinsky, chair of the EU-Turkey Committee and member of the Greens, said on Twitter.

The adopted text also confirms that IPA funds were crucial to support civil society in Turkey.

However, it underlines the importance of using the rule of law conditionality for payments in order to encourage further reforms.