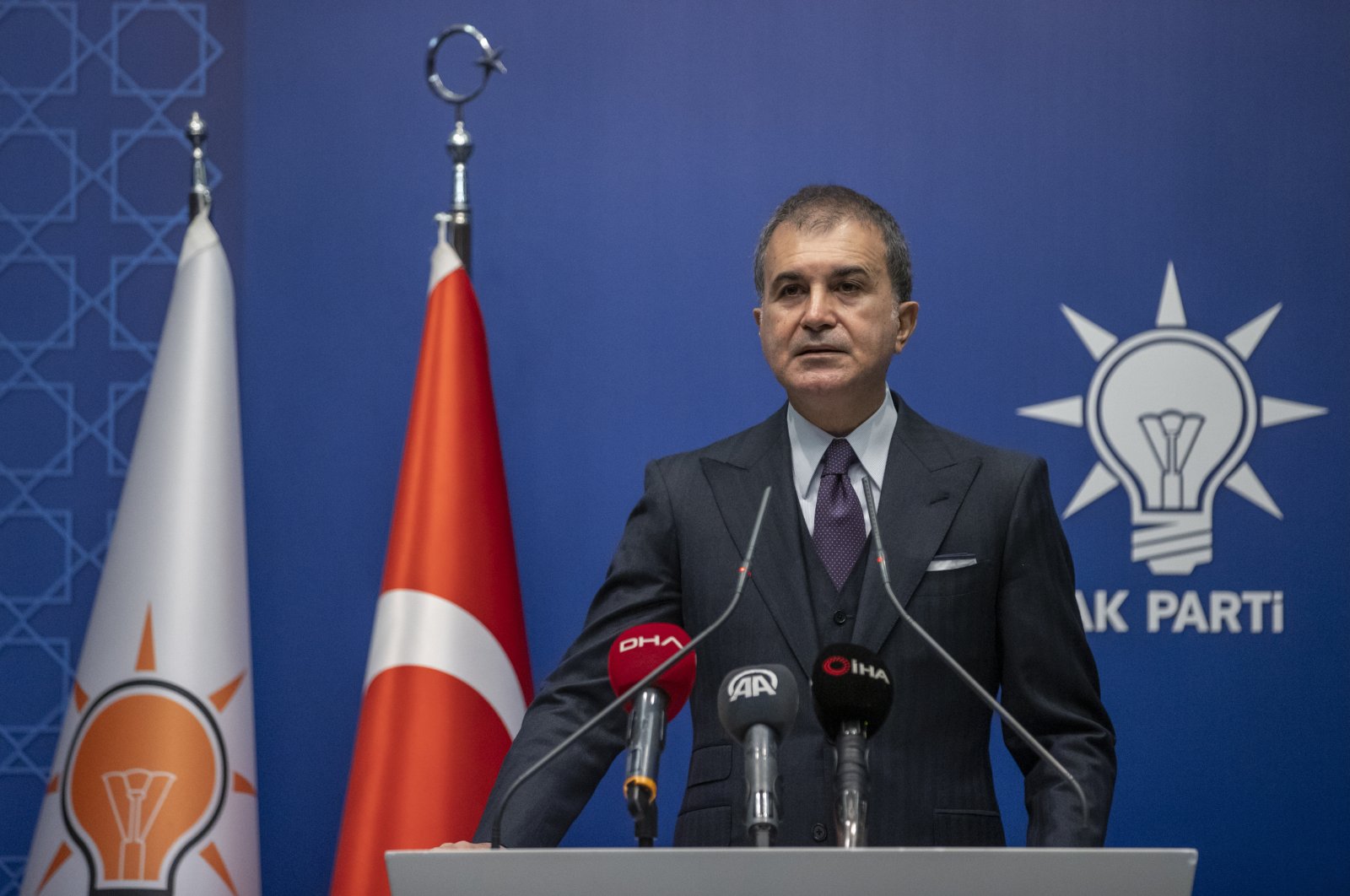 The European Union’s security is directly linked to Turkey and the bloc owes Turkey for numerous reasons, the ruling Justice and Development (AK Party) Spokesperson Ömer Çelik said Tuesday, as he criticized the EU for considering sanctions against the country.

"Turkey has saved European democracies by just hosting millions of refugees and the bloc’s use of sanctions as a tool in response to this is an abdication of reason,” Çelik said.

"When it comes to the issue of migrants, European leaders visited Turkey four times in a month, (showing that) Europe can't maintain its security without Turkey," Çelik said.

Çelik urged the EU to act with caution and rely on its diplomacy, saying that the threat of sanctions should not be used.

On Thursday, EU leaders are expected to decide on imposing sanctions on Turkey to stop exploring in disputed waters in the Eastern Mediterranean.

Turkish leaders have repeatedly stressed that Ankara is in favor of resolving all outstanding problems in the region through international law, good neighborly relations, dialogue and negotiation. Yet, Turkey has also criticized the EU’s stance on the Eastern Mediterranean conflict, calling on the bloc to adopt a fair attitude regarding the dispute and to stop favoring Greece under the pretext of EU solidarity.

Germany, the current holder of the EU's six-month presidency, holds the key to whether sanctions go ahead. It had hoped to mediate between Athens and Ankara but was angered when Turkey resumed exploration for gas off Cyprus in October after a pause.

Turkey has also said energy resources near the island of Cyprus must be shared fairly between the TRNC and the Greek Cypriot administration.

France and the European Parliament say it is time to punish Turkey, a NATO ally and candidate to join the EU.

Çelik noted that France has shown the most "abnormal and aggressive behavior" in violation of international law. Speaking to party members, Çelik stressed that the French Revolution, despite its symbolic status, was a provocative action that violates international law.

The motion passed by the French National Assembly last Thursday calls on the French government to recognize Nagorno-Karabakh – an internationally recognized Azerbaijani territory – as a separate republic.

It also calls on France and its European partners to reevaluate Turkey's EU membership process due to Ankara's role in the recent conflict between Azerbaijan and Armenia.

France and French President Emmanuel Macron have yet to issue any statement on the fact that Nagorno-Karabakh is a territory of Azerbaijan, said Çelik.

France has also made no statement saying that Armenia should withdraw from those regions or on the situation of Azerbaijanis who could not return home while under the Armenian occupation, he said.

"We consider (the resolution) an approach that was made out of concern to appeal to a completely narrow circle and to the radicals of the (Armenian) diaspora," Çelik said.

Çelik said the move reflected the mentality of the French state.

Macron's meetings with foreign states are directed only at provoking states against Turkey, he added.

Greece, unfortunately, is doing the same thing by constantly talking about diplomacy but then making provocative statements against Turkey, including their foreign minister, he said.

Since Oct. 9 Greece has not attended any of the NATO deconfliction meetings, he said.

Relations between the former Soviet republics of Azerbaijan and Armenia have been tense since 1991 when the Armenian military illegally occupied Nagorno-Karabakh, a territory recognized as part of Azerbaijan, and seven adjacent regions.

On Nov. 10 the two countries signed a Russian-brokered agreement to end fighting and work toward a comprehensive resolution.