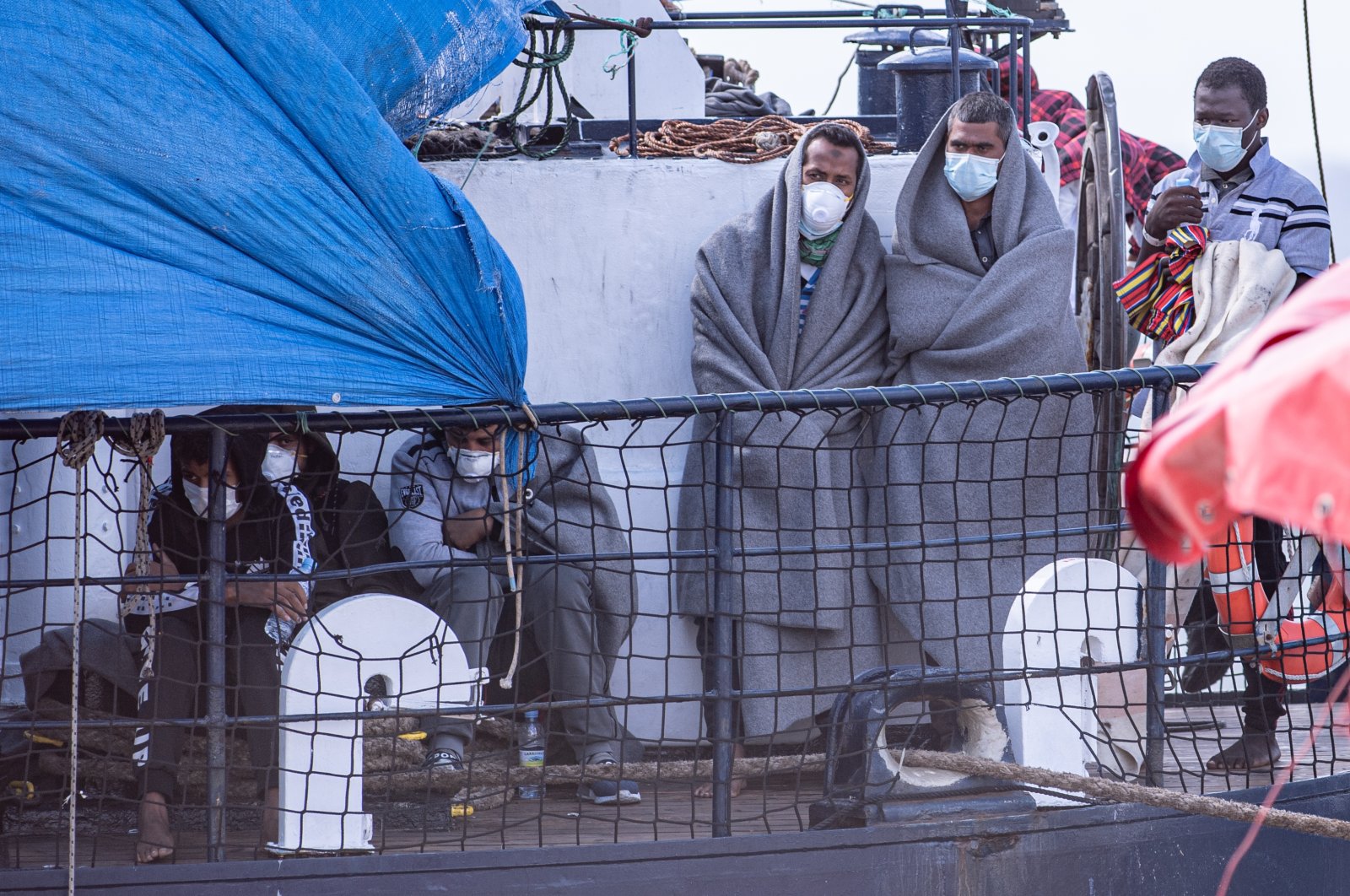 Europe has to take responsibility for the migration crisis and fulfill its humanitarian duty, Parliament Speaker Mustafa Şentop said on Sunday.

Şentop was speaking at a press conference on the sidelines of the 143rd General Assembly of the Inter-Parliamentary Union (IPU) in Spain’s Madrid.

"There are millions of migrants in the world who have to leave their countries. Migration from countries such as Syria and Afghanistan is being experienced a lot, especially in Europe, which includes Turkey. Despite facing such an intense pressing issue, we watch with amazement when some politicians in the European Union, like cicadas, spend time from morning to night talking about issues completely unrelated to the problem.”

Noting that the immigration problem has increased as a result of the actions of the United States and parts of Europe in countries such as Afghanistan, Syria, Libya and Iraq, and that these countries bear the greatest responsibility, Şentop said, "However, these countries are taking zero responsibility and it is unacceptable."

"Those who force people to migrate from their homes and then avoid taking the responsibility in the humanitarian crisis that has arisen. The Mediterranean has turned into a mass grave of migrants," Şentop stressed.

This year alone, the United Nations officials estimate that 1,600 people have died or gone missing in the Mediterranean Sea, the main gateway to Europe for migrants trying to enter the continent with the help of human smugglers.

Human rights groups often criticize European governments for not doing much to rescue migrants trying to reach the continent on unseaworthy vessels. European rescue efforts led by Italy in the central Mediterranean were scaled back a few years ago and more emphasis was placed on training and equipping the Libyan coast guard to intercept migrant boats before they could reach European waters. Critics say Europe is turning a blind eye to human rights abuses in Libyan detention centers for migrants.

"It is a humanitarian problem that Europe remains silent despite the documented inhuman practices by our neighbor Greece, pushing boats with migrants to Turkey, causing them to sink,” Şentop said.

“In the world we live in, we cannot say that some countries have only responsibilities, while others have only rights. I would like to remind Europe that in the face of these humanitarian crises, they owe a debt of conscience and humanity to the people of the world they used to exploit."

In recent years, hundreds of thousands have made short but perilous journeys across the Aegean Sea to reach northern and western Europe in search of a better life.

Turkey and Greece have been key transit points for migrants looking to cross into Europe, fleeing war and persecution to start anew. Turkey has accused Greece of large-scale pushbacks, summary deportations and denying migrants access to asylum procedures, which is a violation of international law. Ankara also accuses the EU of turning a blind eye to this blatant abuse of human rights.

Pushbacks are considered contrary to international refugee protection agreements, which dictate that people should not be expelled or returned to a country where their life and safety might be in danger due to their race, religion, nationality, or membership in a social or political group.