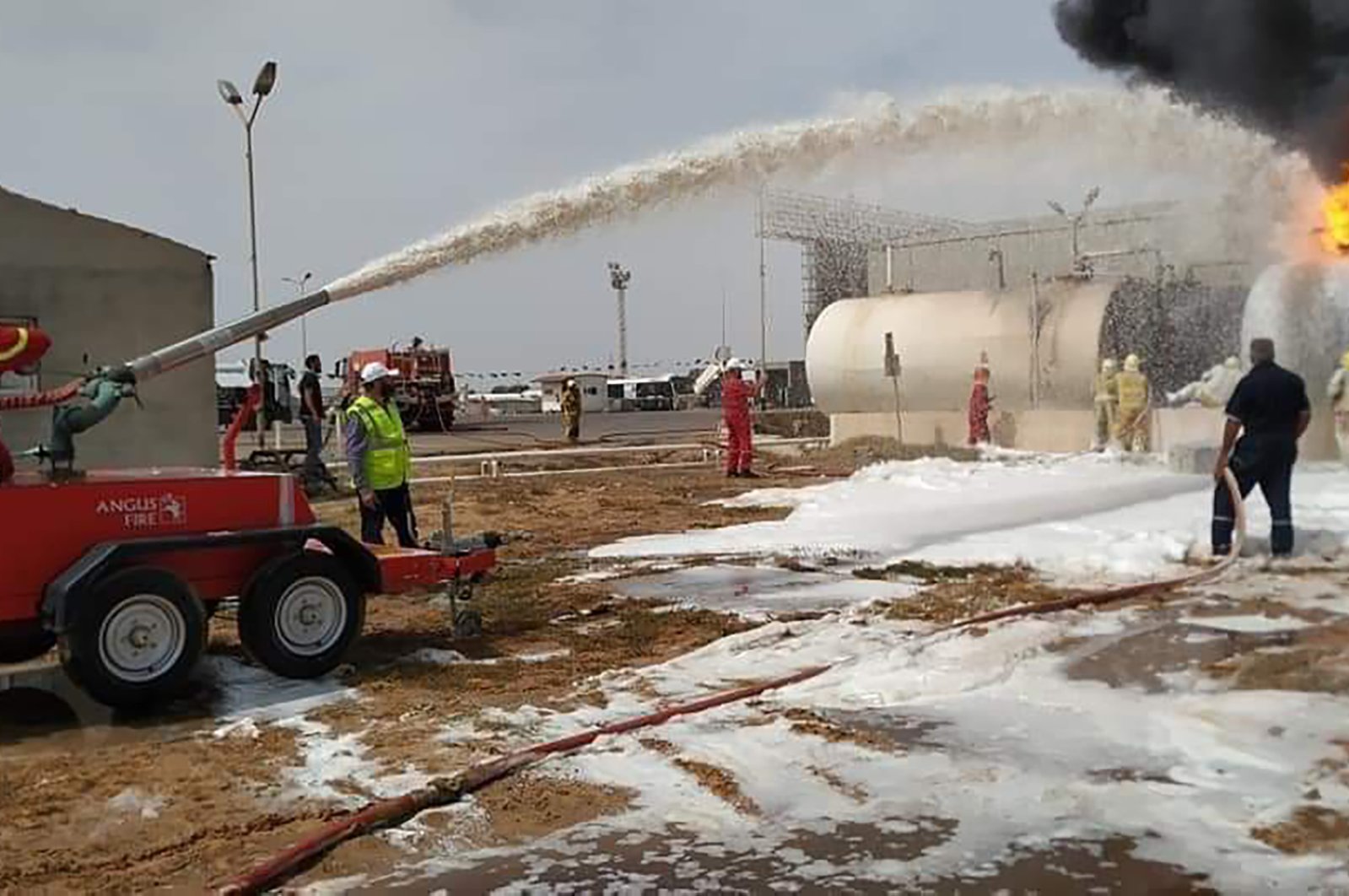 A handout picture released by the media office of Libya's UN-recognised Government of National Accord (GNA) on May 9, 2020 shows firefighters extinguishing a fire following an attack on the Mitiga airport in the capital Tripoli. (AFP Photo)
by DAILY SABAH WITH AGENCIES May 15, 2020 12:48 pm
RECOMMENDED

European countries on Thursday expressed their concern over the recently increasing violence and clashes in Libya as the coronavirus pandemic continues to threaten the whole world, reiterating their call for a truce and political solution in the war-torn country.

The Libyan government, also known as the Government of National Accord (GNA), has been under attack by putschist Gen. Khalifa Haftar's armed forces since April 2019.

Following the ouster of late ruler Moammar Gadhafi in 2011, Libya's new government was founded in 2015 under a United Nations-led political deal.

Maas said that warring sides in Libya are making a mistake by assuming that the crisis can be solved through military action instead of political dialogue and diplomatic initiatives. The German minister reminded the Berlin conference on Libya held in January and said that the diplomatic efforts started there and still continue.

German Chancellor Angela Merkel and U.N. Secretary-General Antonio Guterres co-hosted the Berlin conference, which sought a stronger commitment from world powers and regional actors to noninterference in Libya, genuine support for the cease-fire and adherence to the U.N.'s arms embargo.

Underlining that the aims determined in the conference are still valid, Maas said that a truce, a political solution including all segments in the country and the protection of Libya’s territorial integrity are the main targets to achieve.

Maas also added that Operation IRINI launched by the European Union will make a major contribution to the implementation of an arms embargo decision for Libya.

The EU last week launched a delayed naval mission to enforce an arms embargo on Libya.

Operation IRINI, currently headquartered in Rome, aims to halt the flow of arms into Libya.

The sea mission began with the French naval vessel Jean Bart and a maritime patrol aircraft contributed by Luxembourg, the EU said in a statement.

"It shows EU commitment to peace in Libya, even at times when member states are battling the coronavirus pandemic," Borrell said in the statement.

World leaders agreed to uphold the U.N. embargo at a Berlin peace conference in January.

The mission's launch had been held up for nearly a month by bickering between Italy and Greece over who should hold the command.

The EU agreed to rotate the operation's command between the two countries every six months.