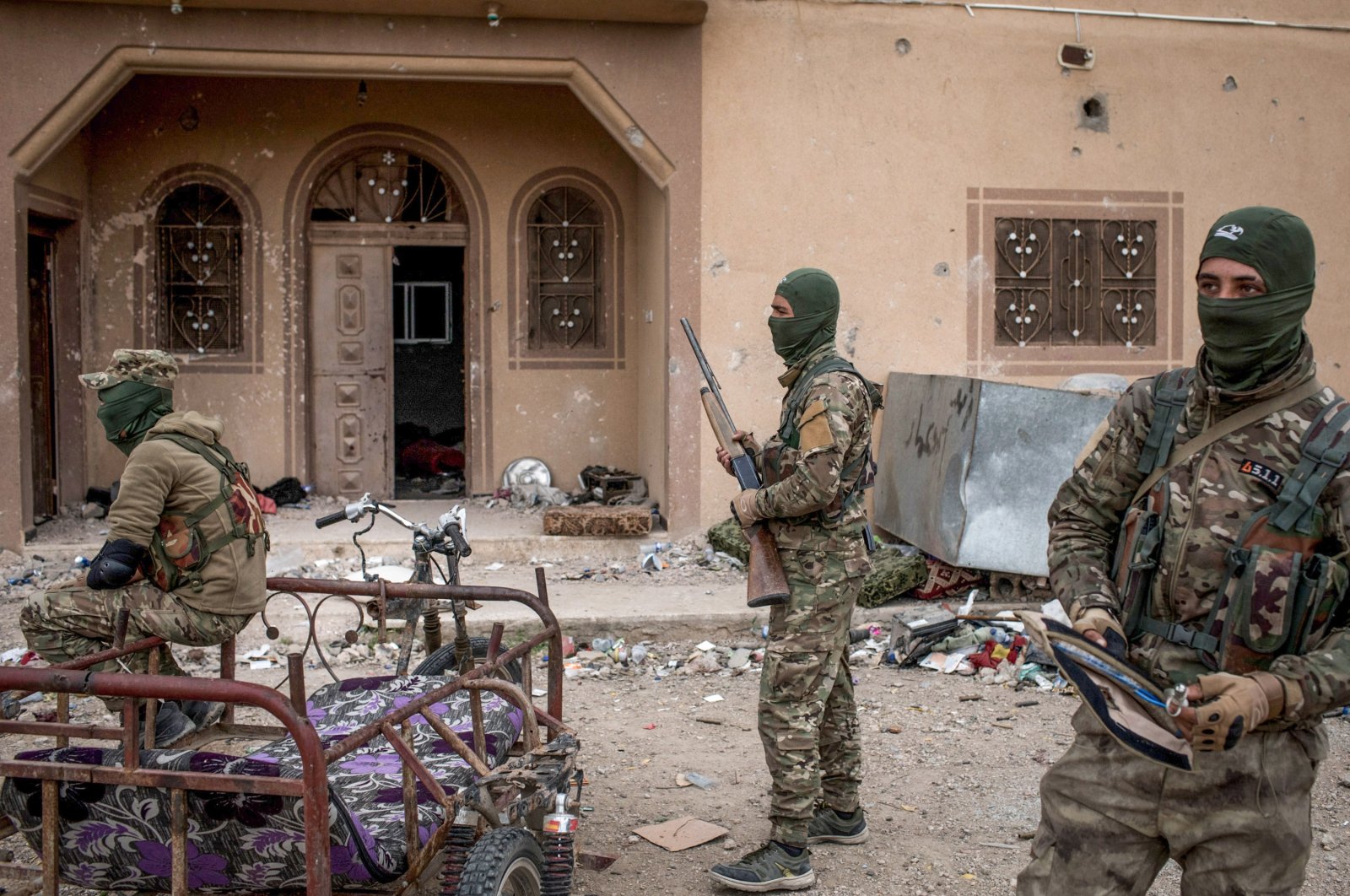 The European Union’s counterterrorism coordinator Gilles de Kerchove warned that the ties between far-left terrorist groups and the YPG, the PKK terrorist group's Syrian offshoot, have strengthened and that individuals joining the YPG/PKK from European countries have become capable of carrying out terrorist attacks on European soil.

The “EU action to counter left-wing and anarchist violent extremism and terrorism: Discussion paper” prepared by Kerchove’s office and sent to delegations of EU member-states, noted that while the bloc opposes all forms of terrorism, it considers the Daesh terrorist threat the main source. However, the paper noted that left-wing and violent anarchist extremism and terrorism have actually never disappeared.

The European far-left’s connection to the YPG/PKK was also mentioned in the paper, which focused on Italy, Greece and Spain, where such terrorist attacks take place. It also noted that the far-left groups in European countries prioritize solidarity with far-left groups in northern Syria, which include the YPG/PKK.

As a result, European countries do not take legal action against fighters who join the YPG/PKK, even though they have obtained the capacity and skills to carry out terrorist attacks on European soil.

The report also referred to the far-left DHKP-C as a terrorist group, which uses European soil as a logistical base to support its activities against Turkey. However, it noted that it was highly unlikely that the DHKP-C would carry out attacks inside Europe.

Besides Turkey, the U.S. and the European Union list the DHKP-C as a terrorist organization. The group has claimed responsibility for various terrorist attacks in Turkey.

The terrorist group pursues a far-left ideology and has been actively carrying out attacks and assassinations in the country since the 1980s, but its campaign of violence hit a snag when faced with Turkey’s barrage of anti-terror operations.

The DHKP-C’s most high-profile attacks include a suicide bombing that targeted the U.S. Embassy in the capital Ankara in 2013 and the killing of a prosecutor in an Istanbul courthouse in 2015. The PKK continues using the European Union’s territory for propaganda, recruitment, fundraising and logistical support activities, according to a report by the EU’s law enforcement agency released this June.

The PKK is a terrorist organization that is also recognized as a terror group by the EU. However, PKK followers are still able to hold mass rallies across EU cities and maintain their organizational presence. The group has also been able to recruit members and extract financial resources from its activities in Europe, including drug trafficking.

The U.S. also supports the YPG and primarily partnered with the terrorist group in northeastern Syria in its fight against the Daesh terrorist group. On the other hand, Turkey strongly opposed the YPG's presence in northern Syria. Ankara has long objected to the U.S.' support for the YPG, a group that poses a threat to Turkey and that terrorizes local people, destroying their homes and forcing them to flee.