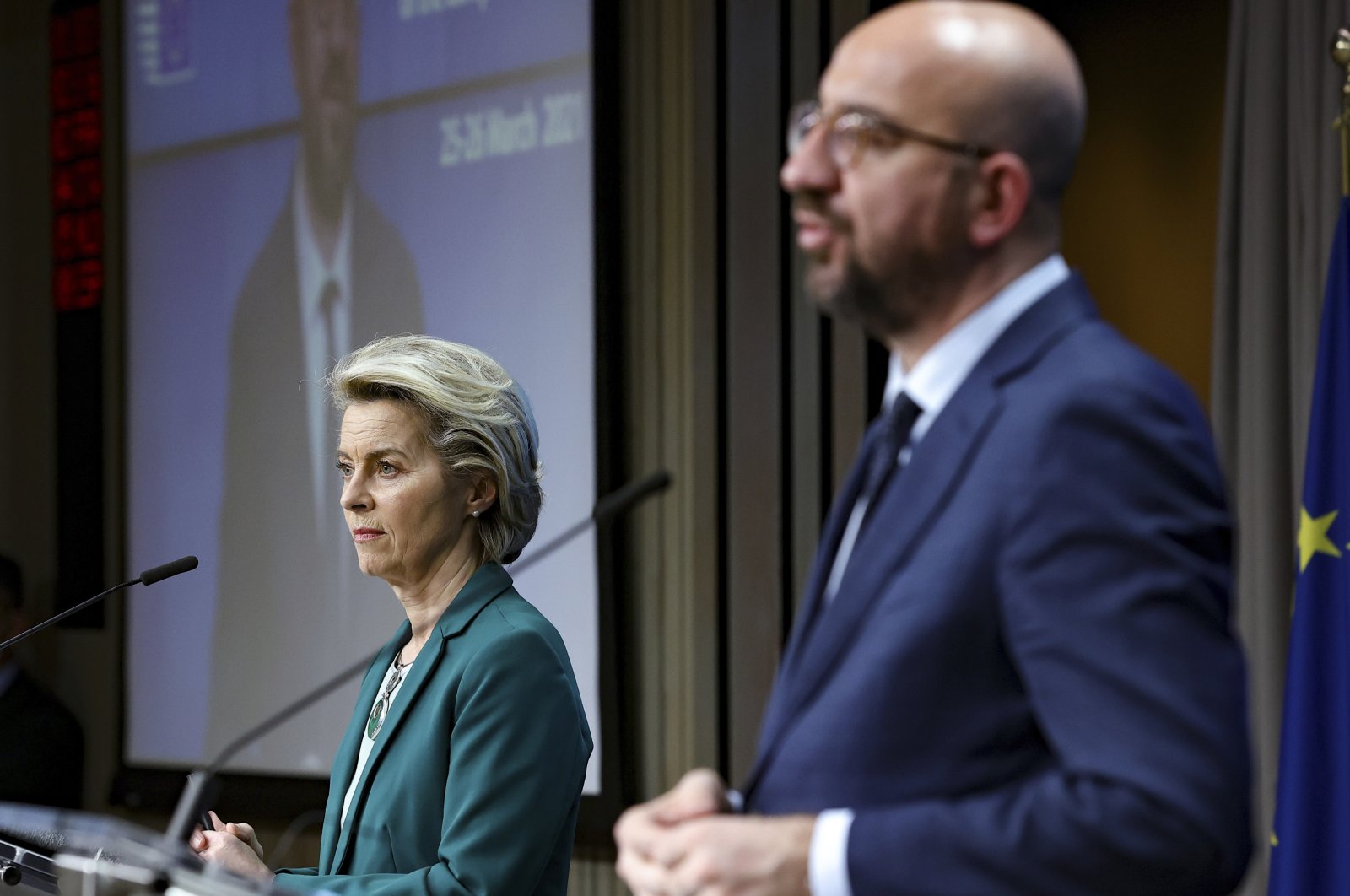 The European Council and Commission presidents are to visit Turkey on April 6 for talks with President Recep Tayyip Erdoğan, Brussels announced on Monday.

Michel had stated that they were in contact with the Turkish authorities after the EU Leaders Summit, which was held on Thursday, March 25, but he had not indicated any date.

In the summit of EU leaders, it was decided to strengthen the relationship with Turkey on issues such as the economy, immigration, inter-communal contact and travel.

The agenda items of the meeting to be held by the European Council, Commission leaders Michel, von der Leyen and President Erdoğan are expected to be a continuation of the previous meeting.

EU leaders said they are ready to launch high-level dialogue with Turkey on issues of mutual concern, as they expressed the desire to improve relations with Ankara, according to a statement released following the virtual summit.

Erdoğan spoke with Ursula von der Leyen and Charles Michel in a video conference on March 19.

Turkey expects concrete results that will pave the way for further enhancement of ties following the EU Summit on March 25, President Erdoğan said following the virtual meeting with EU chiefs.

Pointing to the importance of restarting high-level dialogue to strengthen cooperation, Erdoğan also said that updating the 2016 migrant deal between Turkey and the bloc could form the basis of a positive agenda.