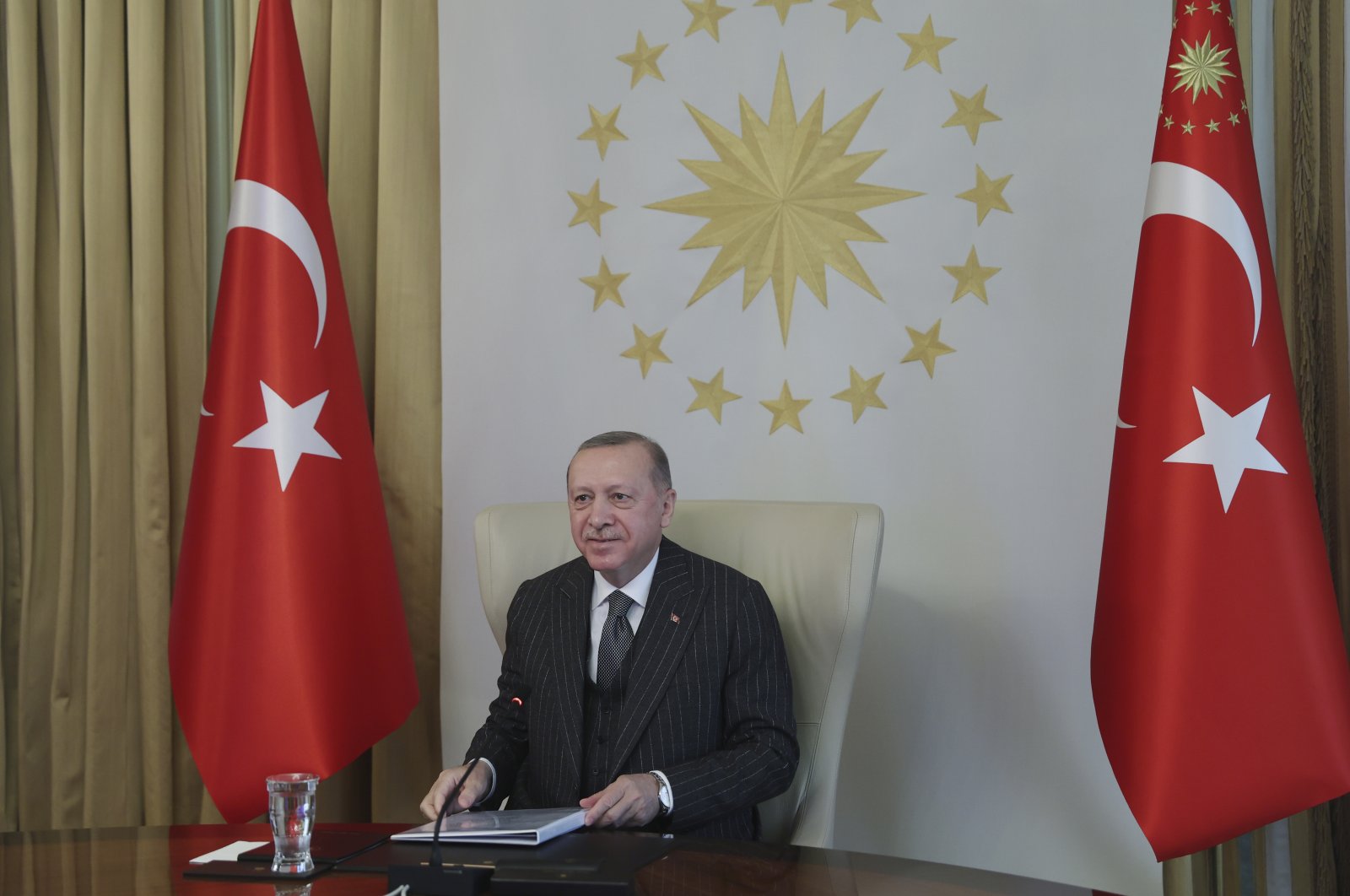 In a statement, the Communications Directorate said that the leaders discussed strengthening Turkey-EU relations, regional issues as well as mutual steps to fight the coronavirus pandemic.

Erdoğan spoke with European Commission President Ursula von der Leyen and European Council head Charles Michel ahead of an EU leaders’ summit next week, where Turkish-EU ties are set to be discussed.

Erdoğan told the EU leaders that he expects next week’s EU summit to yield results on Turkey-EU ties paving the way for concrete action, the statement added.

He added that he told the bloc’s leaders that a report on Turkish-EU relations to be submitted to the summit should reflect objective, constructive views on the future of Turkey-EU ties.

Pointing to the importance of restarting high-level dialogue to strengthen cooperation, Erdoğan said that updating the 2016 migrant deal between Turkey and the bloc could form the basis for a positive agenda.

Erdoğan also underlined the rising burden and pressure on Turkey from asylum seekers and irregular migration, the statement said.

Again proposing a conference on the Eastern Mediterranean, he said the EU should not allow Athens and the Greek Cypriots to abuse the EU summit on the pretext of “union solidarity.”

Realistic options for the Cyprus issue must be discussed instead of models proven to be ineffective to both sides on the island, Erdoğan said, according to the statement, referring to proceeding now on the basis of two sovereign states.

Turkey maintains and supports stability and cooperation in the Eastern Mediterranean and Aegean despite Athens’ and the Greek Cypriots’ provocations and aggression, he added.

On the EU side, von der Leyen and Michel said in a joint statement that the leaders discussed “the follow up to the December European Council, the situation in the Eastern Mediterranean, including the forthcoming Cyprus settlement talks, and the state of play of EU-Turkey relations.”

“The EU side underlined the importance of sustained de-escalation and of further strengthening confidence building to allow for a more positive EU-Turkey agenda,” the statement added.

The EU is closely following U.N. efforts to restart peace talks over Cyprus in which Turkey is a key player.

U.N. Secretary-General Antonio Guterres will convene an informal meeting in April involving main international actors Greece, Turkey and Britain to explore how to break the deadlock. Erdoğan said "realistic and new options must be discussed."

“The presidents also exchanged views on the situation of Syrian refugees hosted in Turkey, as well as the wider regional situation including Libya and Syria.”

The statement said the EU chiefs discussed a “possible visit” to Turkey after next week’s European summit. where leaders of the member states are to discuss the state of relations with Ankara, among other issues.

The meeting came ahead of next week’s EU leaders’ summit when EU heads of state and government will discuss the future of the bloc’s relationship with Ankara, including the 2016 migration deal.

EU foreign policy chief Josep Borrell suggested on Monday that the deal to stop irregular flows of asylum seekers to Europe and improve the conditions of Syrian refugees in Turkey would be renewed “in some form.”

Borrell, who is due to submit a report on Turkey-EU ties to next week’s summit, said the pact “has been very much criticized, but it seems that this statement has produced tangible results. It has led to a significant decrease of loss of human lives, a reduction in irregular crossing, and improved the situation of refugees and migrants in Turkey.”

But Ankara has frequently accused the EU of failing to deliver on its promises under the pact.

The bloc in December 2020 concluded the final contracts under the €6 billion ($7.3 billion) refugee support package.

But, the amount the EU actually spent for the needs of the Syrian refugees remains below €4.5 billion ($5.4 billion) as of March 2021, according to EU figures.

These steps were blocked by several member states due to bilateral problems and tensions in the Eastern Mediterranean.

Turkey hosts nearly 4 million refugees, more than any other country in the world.

Ankara says it has so far spent more than $40 billion from its own resources for the refugees and underlines that the EU should do more to share the burden.