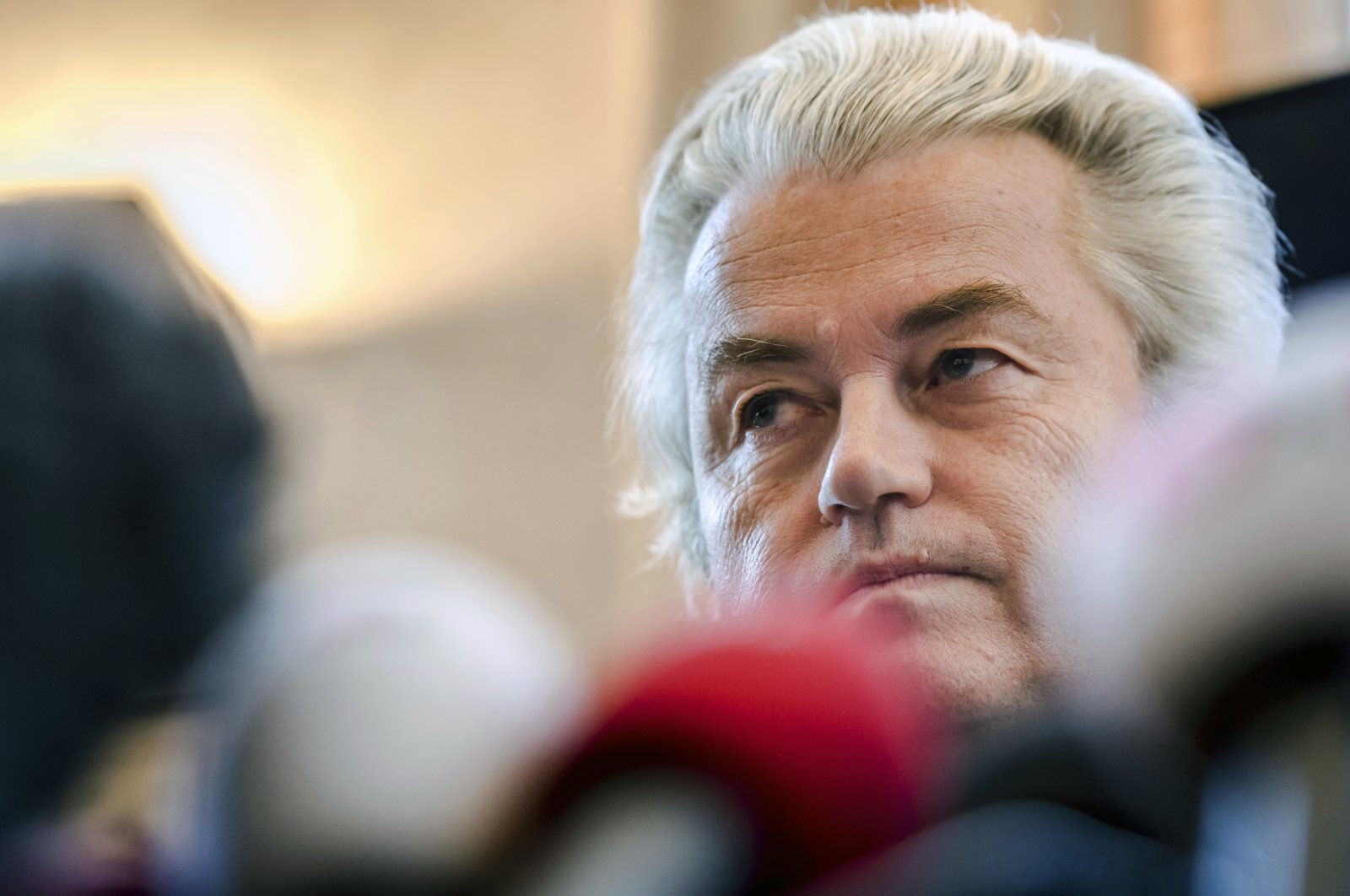 In a tweet posted Tuesday, Wilders falsely claimed that the Daily Sabah’s main headline featured “pure hatred of Macron and Wilders.” Contrary to his assertion, the story mentioned in the tweet featured a series of statements made by Turkish officials condemning the offensive cartoon that he shared.

He also released another tweet, saying "Bye bye Erdoğan," as he urged NATO to kick Turkey out of the bloc.

Rather than mentioning domestic policy problems, Wilders' posts mainly focus on anti-Turkey and anti-Muslim rhetoric, exploiting both for the sake of political gain.

Meanwhile, he also criticized Rutte for not defending him. “Rutte stands up for Macron but is silent about me. He is not the prime minister of all Dutch people,” Wilders said, adding that the Dutch PM only chooses to support his “EU friends.”

Wilders, the leader of the Dutch anti-Islam Party for Freedom (PVV), lost four seats in the European Parliament election in May 2019, in which the Social Democrat Party was the surprise winner.

In 2019, he canceled a Prophet Muhammad cartoon contest that sparked protests in Pakistan. The outspoken anti-Islam party leader said he decided to "let the contest go" following death threats and concerns other people could be put at risk.

In the event, scheduled for November, Wilders planned to display caricatures of the Prophet Muhammad at the tightly guarded offices of the PVV in the Dutch parliament building. He said he received "hundreds" of entries.

He also faced charges of discrimination and inciting racial hatred at a rally in 2014, where he led supporters in chanting that they wanted fewer Moroccans in the Netherlands. In a televised incident on March 19, 2014, Wilders asked supporters whether they wanted more or fewer Moroccans, to which the crowd replied, "Fewer! Fewer! Fewer!" A smiling Wilders responded, "We'll take care of that."