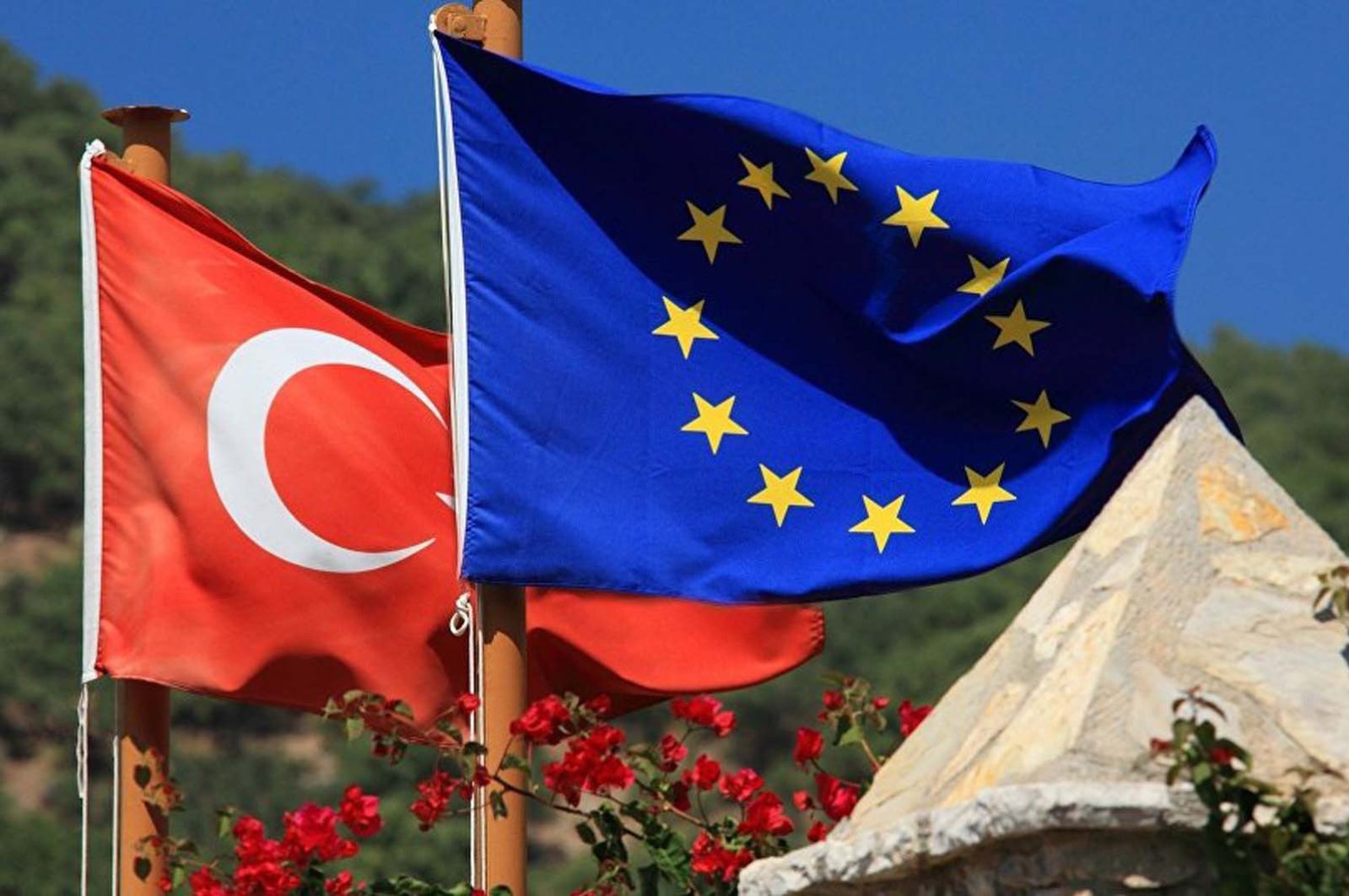 Turkey has been preparing a new initiative to accelerate the accession process to the EU.
by DAILY SABAH WITH AA May 14, 2020 12:59 pm
RECOMMENDED

Turkey's deputy foreign minister held a digital meeting on Wednesday with officials from all Turkish ministries and institutions to prepare for the EU's third term of the Instrument for Pre-Accession Assistance (IPA) for the period of 2021-2027.

The Foreign Ministry in a statement on Thursday said Deputy Minister of Foreign Affairs and Director for EU Affairs Faruk Kaymakçı held a Financial Cooperation Coordination Council meeting to inform all ministries while discussing and proposing projects for the country's EU accession process.

The EU-backed IPA funds are a financial instrument for candidate countries used toward projects and programs allowing alignment with EU acquis, creating capacity for economic and social cohesion.

Turkey, as an EU candidate country, used 9.3 billion euros (over $10 billion) from the IPA funds toward a number of programs and projects during the 2002-2020 period, added the statement.

These projects and programs were on the meeting agenda, along with democracy and governance, the rule of law and fundamental rights, environmental and climate action, transport, energy, competitiveness and innovation, education, employment and social policies, agriculture and rural development.

As the IPA enters its third term, the Foreign Ministry's Directorate of EU Affairs began its work on projects and programs for pre-accession funds.

Kaymakçı during the meeting said the IPA commission allocated nearly 14 billion euros of the budget for the third term for all seven candidate countries, including Turkey.

Competitive programming based on performance will be carried out in this new period as there will be no country-specific allocations, he noted.

He also said on Twitter: "Despite COVID-19 restrictions, Turkey is ready for the IPA III (2021-27) period. Directorate of EU Affairs is thankful to all Ministry and Institutions attending Financial Cooperation Coordination Council and proposing relevant and mature projects preparing Turkey for EU accession."

Although any European country with a shared respect for the EU's democratic values is eligible to apply, the criteria determined in 1993 in Copenhagen must be met in order to become a full member.

Turkey signed an association agreement with the EU in 1964, which is usually regarded as a first step to eventually become a candidate. Applying for official candidacy in 1987, Turkey had to wait until 1999 to be granted the status of a candidate country. For the start of the negotiations, however, the country had to wait for another six years, until 2005, having a uniquely long process compared to other applicants. Montenegro, for instance, applied for membership in 2008 and was granted candidacy only two years later, in 2010. Many other countries, such as Bulgaria and Croatia, have become member states within the past decade, despite applying for candidacy much later than Turkey.

However, recently, Turkey has been preparing a new initiative to accelerate the accession process to the EU. Accordingly, Turkey will complete regulations for six more chapters, including the fight against terrorism.