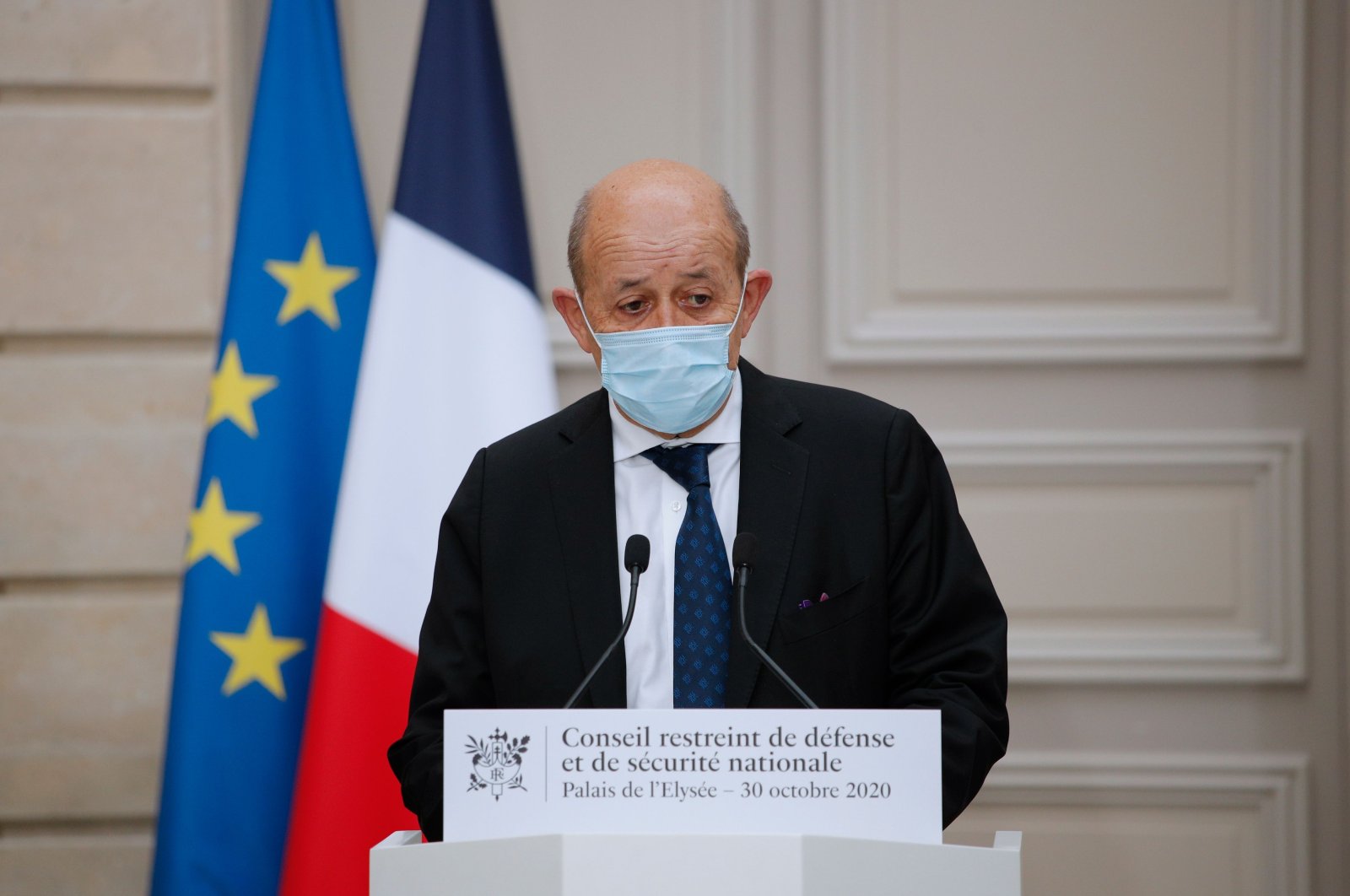 Europe 1 reported that the move would be in response to the increasing feud between President Recep Tayyip Erdoğan and French President Emmanuel Macron.

France on Thursday described Erdoğan’s words as "declarations of violence" as both countries have been feuding over a number of geopolitical flashpoints, as well as France's recent attacks on Islam.

French Foreign Minister Jean-Yves Le Drian told Europe 1 radio that the European Council has already decided to take measures against the Turkish authorities, and "now it is important for the Turks to take the necessary measures to avoid this."

"There are means of pressure, there is an agenda of possible sanctions," he stated.

Turkey and France have been at loggerheads over the conflicts in Syria and Libya as well as the scramble for natural gas in the Mediterranean and more recently on Macron's vow to uphold secular values, including the right to mock Islam and other religions, as part of a battle against extremism.

Erdoğan recently called for a boycott of French products, accusing Macron of Islamophobia and advising the French leader to get "mental checks."