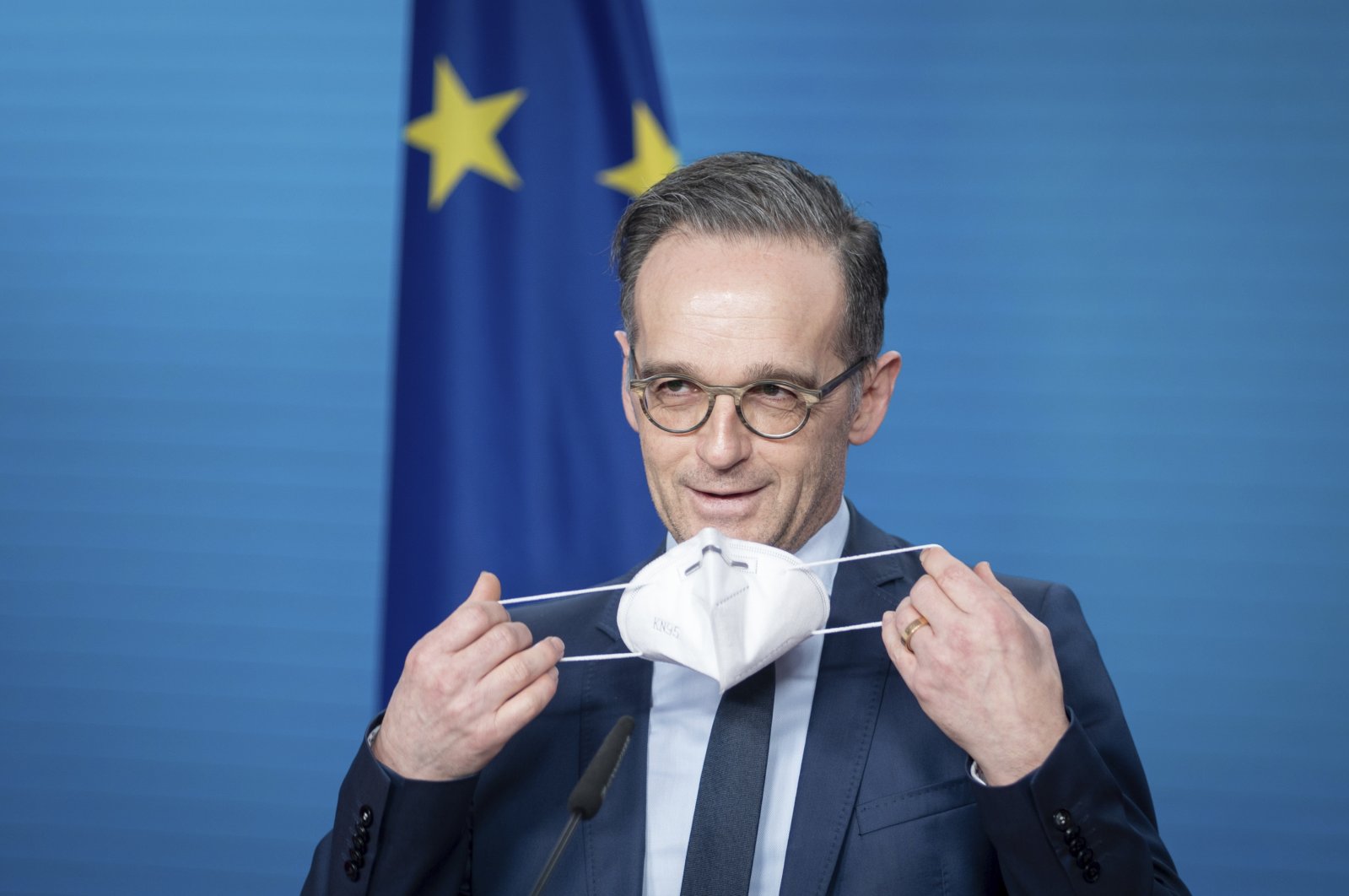 Heiko Maas, German foreign minister, puts on his mask at the end of the press conference on the informal virtual meeting of the foreign ministers of the member states of the Vienna nuclear agreement in Berlin, Germany, Dec. 21, 2020. (AP Photo)
by DAILY SABAH Dec 22, 2020 11:38 am
RECOMMENDED

Speaking to the Deutsche Presse-Agentur (dpa), Maas said: “I do not find the demand of an arms embargo against Turkey strategically correct. It is not easy to do this against a NATO partner. We saw that NATO ally Turkey easily bought missiles from Russia because it could not buy from the U.S.”

The German minister also expressed his hope that the disputes in the Eastern Mediterranean will be resolved through diplomatic channels.

Speaking to reporters after an EU leaders' summit in Brussels, Merkel had said she was happy with the outcome of the meeting and said decisions on Turkish-EU relations were also "well-balanced."

Asked about Greece's request that Germany halts arms sales and delivery of Type 214 class submarines to Turkey, Merkel had said they should take into consideration "the strategic dependencies" within the NATO alliance.

"Issues related to arms exports and deliveries must be discussed within the NATO alliance," Merkel said, adding that the majority of EU members were also members of the defense bloc.

Ahead of the summit, Greece has called for an EU arms embargo on Turkey due to recent tensions in the Eastern Mediterranean. But during the discussion, a majority of European leaders opposed an arms embargo or severe economic sanctions, opting instead for a softer line.

Ankara has sent several drillships over the past year to explore for energy resources in the Eastern Mediterranean, asserting its rights in the region as well as those of the Turkish Republic of Northern Cyprus (TRNC).

President Recep Tayyip Erdoğan last week told Merkel in a videoconference call that Turkey wants to turn over a new leaf with the EU. Erdoğan said there was a new "window of opportunity" for Turkey-EU relations to strengthen, but some countries were "trying to create a crisis" that would damage "this positive agenda.”

Turkey and Greece previously agreed to discussions over the disputed Eastern Mediterranean waters, but nothing concrete has taken place. Erdoğan accused Greece of running away from talks and insisted Turkey's attitude was "constructive."