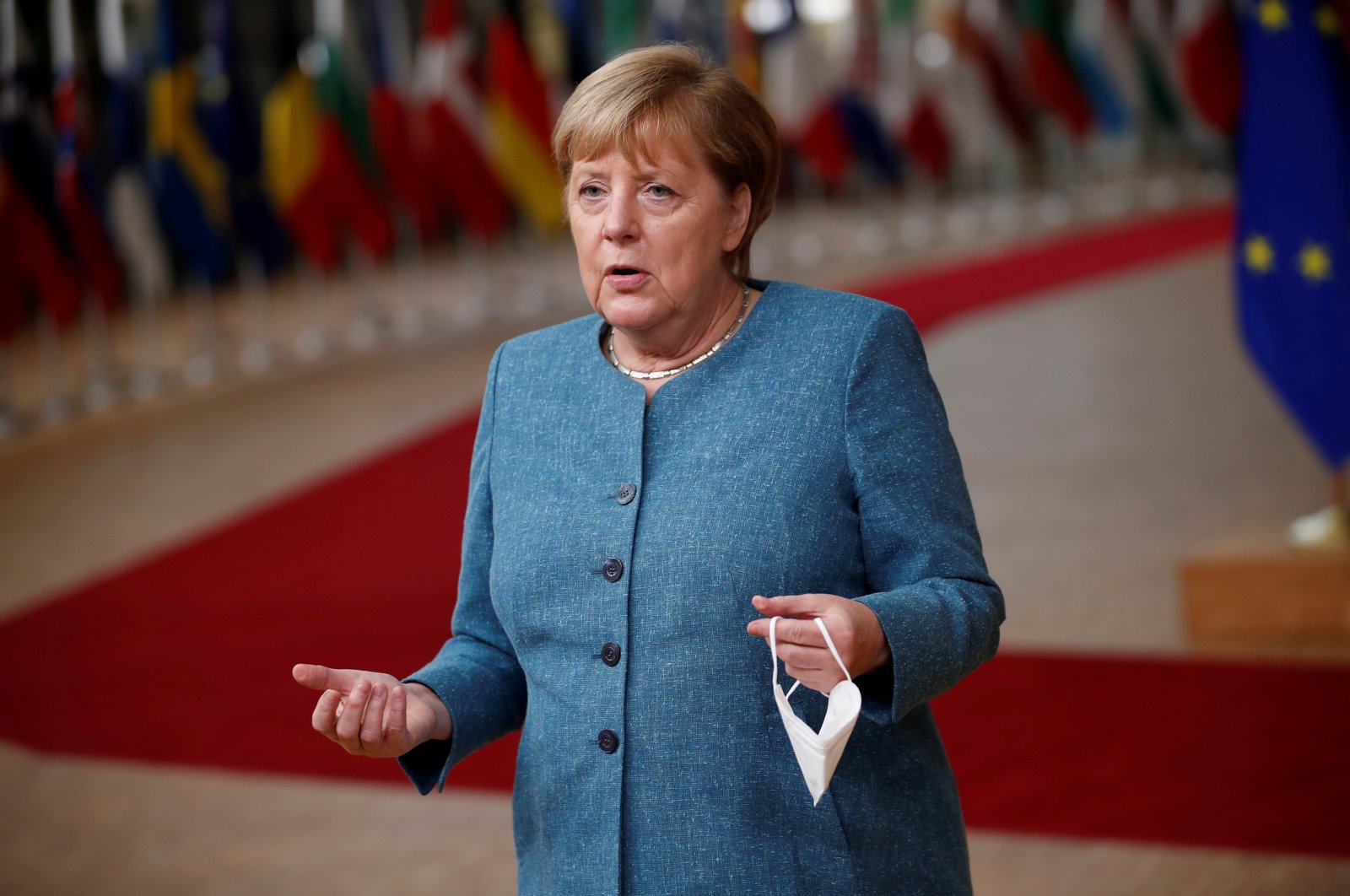 German Chancellor Angela Merkel speaks to the media as she arrives for the second face-to-face European Union summit since the COVID-19 outbreak, in Brussels, Belgium, Oct. 1, 2020. (Reuters Photo)
by Daily Sabah with AFP Oct 07, 2020 10:45 am

Merkel aims to rapidly launch a plan to boost ties, as provided for in the conclusions of the recent European Council meeting, Steffen Seibert said. Germany is currently holding the six-month rotating EU presidency.

During the conference, Merkel also stressed the need to reduce regional tensions in the Eastern Mediterranean, where Turkey and Greece have been at odds over natural gas reserves and maritime boundaries, both claiming the right to prospect and drill for energy resources in the same area.

At a special summit last week, EU heads offered Ankara an extension to the current customs union, to ease restrictions on trade and assistance totaling billions of euros to help care for refugees in its territory.

The two leaders met as the EU's executive branch warned Turkey was moving further away from its ambition to accede to the bloc.