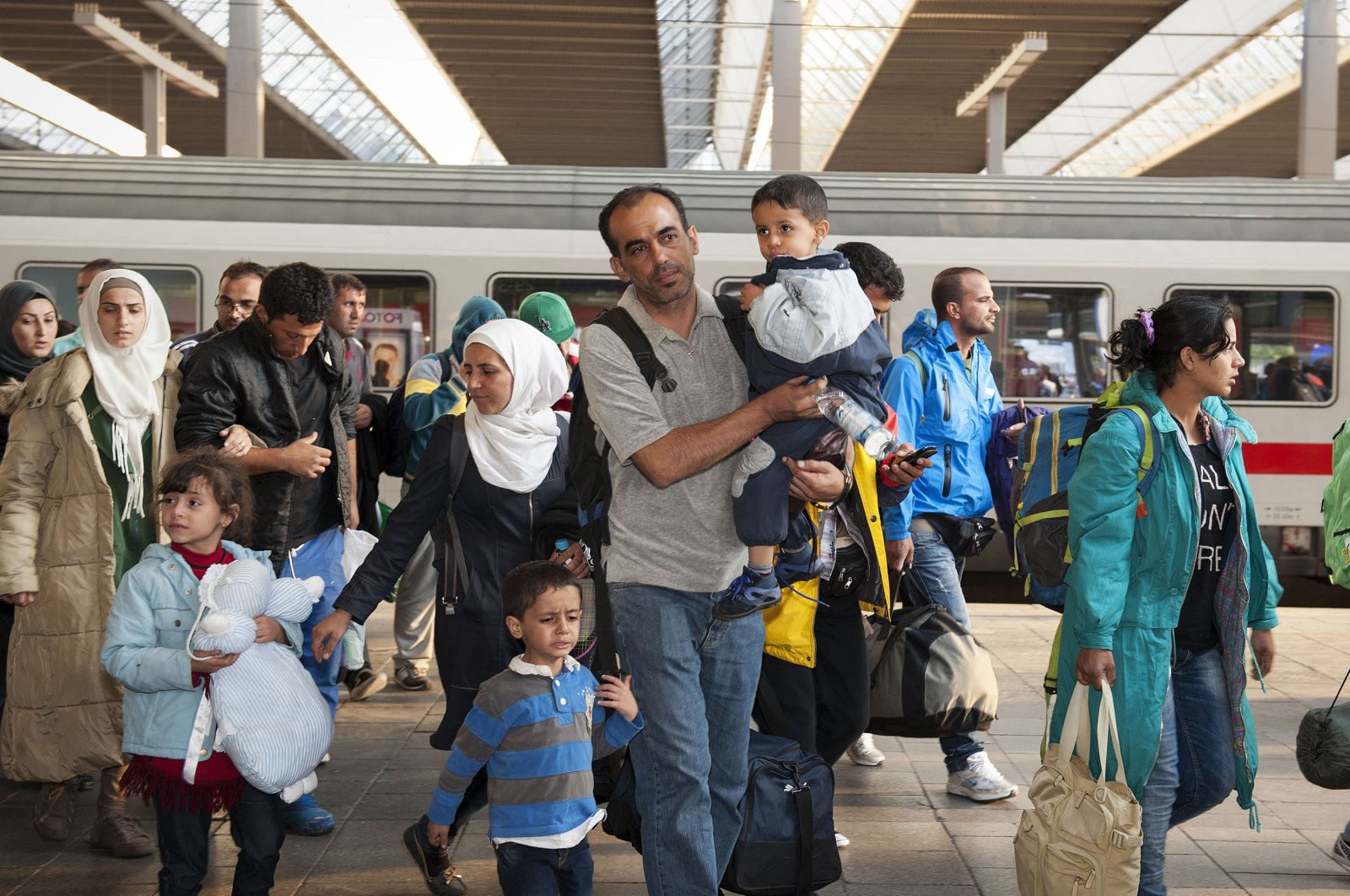 Refugees from Syria, Afghanistan and Balkan countries hopping on the next train at the main station in Munich, Germany, Sept. 10, 2015. (Shutterstock Photo)
by Daily Sabah with DPA Jun 15, 2021 10:55 am
RECOMMENDED

Germany has not deported any migrants to Syria despite the expiration of the country's blanket ban on deportations six months ago, the Germany Press Agency (dpa) reported Tuesday.

"So far, no deportations to Syria have been carried out," a spokesperson for Germany's Federal Interior Ministry told dpa.

The general ban on deportations imposed in 2012 expired with the new year. It means German authorities can once again consider deportation in individual cases.

This is particularly likely in the case of serious criminals and those considered dangerous, for example, people authorities believe capable of committing serious political crimes including terrorist attacks.

However, it is ultimately Germany's 16 states that are responsible.

Deportations to Syria were always considered difficult, in part because Germany does not maintain diplomatic relations with the Assad regime.

The German Embassy in Damascus has been closed since 2012 and relations with Syria have been reduced to the minimum, which limits the options for Germany the German Foreign Office said.

Rights organizations and churches are among those who have warned against deportations to Syria.

"People must not be brought into the danger of the most serious human rights violations with their eyes open," said Dominicus Meier, acting chairperson of the Migration Commission of the German Bishops' Conference, and Peter Neher, president of the German Caritas Association.

"The return of refugees to their country of origin must always take place in safety and dignity. This is currently not guaranteed at all, especially in Afghanistan and Syria. No one should be sent back to these countries."

Germany has taken in the most migrants among European Union countries in the past four years as part of the EU-Turkey refugee pact, according to a report. Compared with other EU countries, Germany receives by far the most migrants – nearly 10,000 – from Turkish refugee camps under the agreement, the conservative German daily Die Welt reported in July 2020.

According to figures from the European Commission, a total of 26,835 migrants were brought to Europe under the EU-Turkey deal between April 4, 2016, and March 16, 2020. A total of 9,967 of them went to Germany. That is more than twice the amount of people who went to France, which took in second-most.

Turkey and the EU signed an agreement March 18, 2016, to stem the influx of refugees to Europe. Turkey has been the main route for refugees trying to cross into Europe since the beginning of the civil war in Syria. With the agreement, irregular arrivals decreased by 99%, saving the lives of many of those who would have attempted the treacherous journey by sea.

Ankara has repeatedly complained that Europe has failed to keep its promises under the 2016 EU-Turkey refugee deal to help asylum-seekers and stem further migrant waves.

Turkish officials announced in March that they would no longer try to stop migrants from reaching Europe. Since then, thousands of refugees and asylum-seekers have flocked to the Turkish province of Edirne along the border with Greece and Bulgaria to make their way into the EU.

The refugee crisis has been the main topic of discussion between Turkey and the EU after Ankara decided to stop holding back migrants heading toward Europe as it already hosts over 3.5 million refugees.