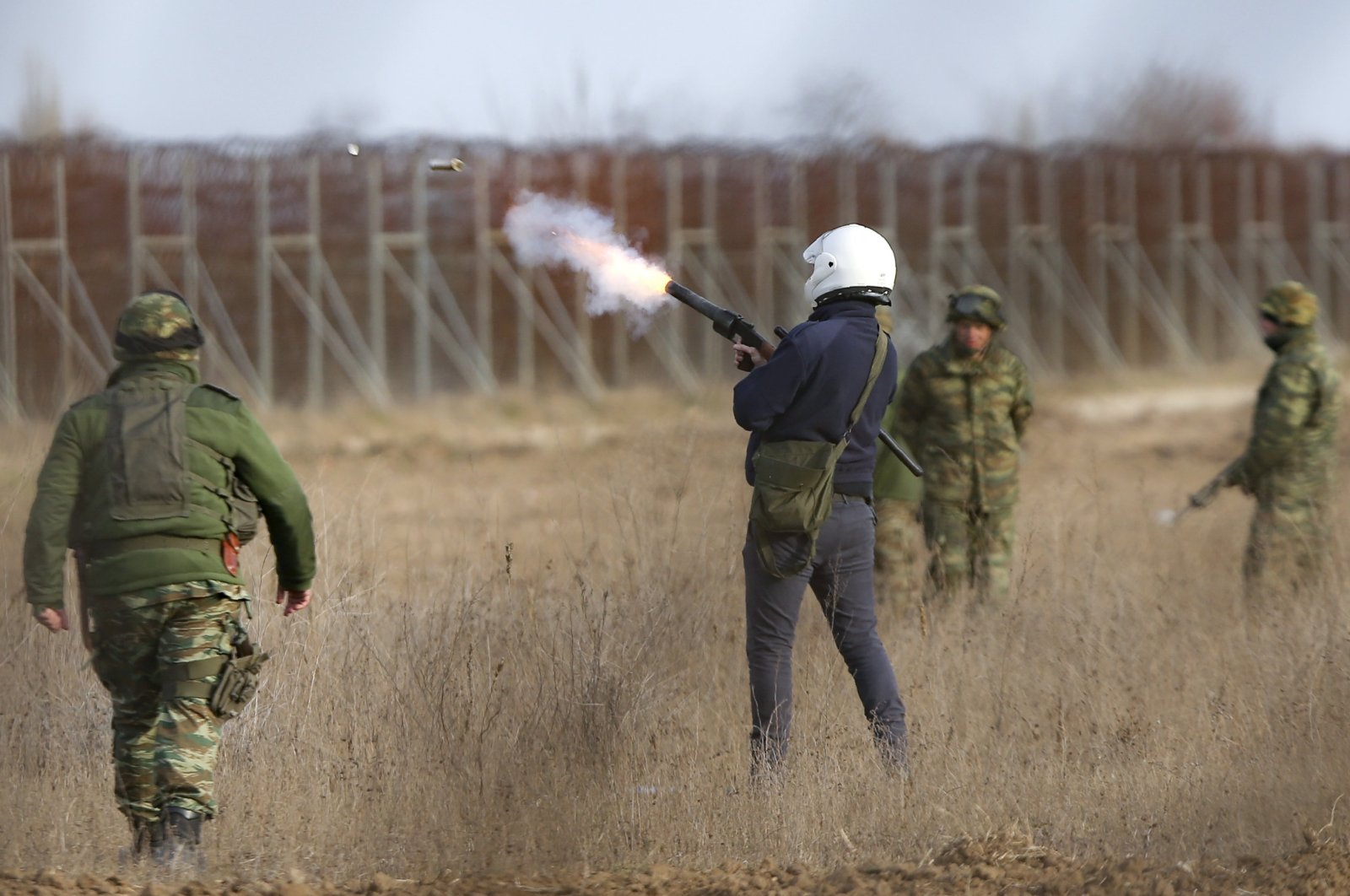 Members of the Greek military fire tear gas canisters during clashes between migrants and Greek police and army personnel near the Kastanies border gate at the Greek-Turkish border, March 1, 2020. (AP Photo)
by Daily Sabah with DPA Sep 07, 2020 12:17 pm
RECOMMENDED

Greece has reinforced its military presence on the Turkish border amid increasing tensions between the two countries over energy resources in the Eastern Mediterranean.

Giorgos Koumoutsakos, the Greek deputy migration minister, claimed on Sunday that Ankara could use migrants to pressure the European Union not to impose sanctions on Turkey. The escalating conflict is set to top the agenda at a September 24-25 European Council meeting, with some member states pressing for sanctions against Turkey.

"We are prepared and will respond as we did in March," Koumoutsakos told news agency Skai.

In March, Turkey decided not to prevent migrants from crossing the Greek border, which led to thousands arriving to cross into the EU via Greece. Greek security forces were deployed to prevent people from entering at the time. The EU border agency Frontex was also stationed at the Greek-Turkish border.

Greece responded harshly to the undocumented migrants trying to enter the country after Ankara decided to open its borders, killing at least three and battering and tear-gassing many others, as verified by human rights groups. The Greek government also suspended access to asylum for 30 days for people irregularly entering the country.