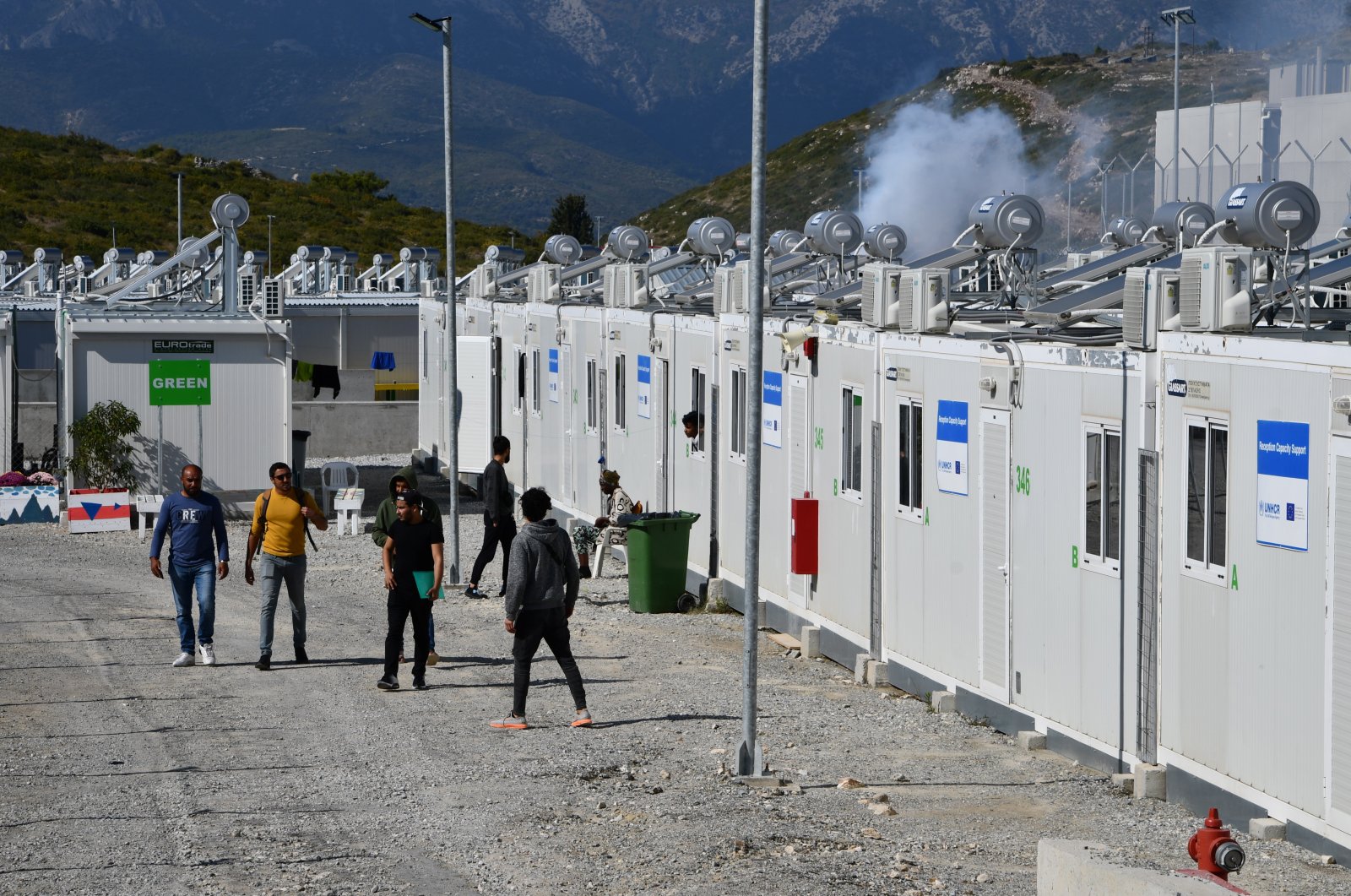 The Greek migration and asylum ministry reported a 76% decrease in the number of asylum-seekers residing on the country's Aegean islands compared to October 2020.

A drop of 47% was recorded also in the number of asylum-seekers residing in other facilities across the country compared to last year, it said.

Arrivals in the first 10 months of 2021 also dropped by 67% on the islands and by 46% in the rest of the mainland compared to the same period last year, the report noted.

In the first 10 months of this year, around 9,794 migrants left for Europe and other countries through mechanisms of expulsion, return and relocation of third-country nationals, while 7,242 people arrived in Greece, with the balance of departures/arrivals remaining positive, the ministry's report stated.

It was also recorded that in October 2020, a total of 71,247 asylum-seekers resided in the facilities managed by the Ministry of Migration, while in October this year, the number was 37,951.

A decrease of 52% was also recorded in the pending cases at the Asylum Services and the Appeals Authority, reaching a total of 41,951 cases, compared to 87,922 in October 2020.

Greece has been criticized several times for its illegal and brutal pushbacks of refugees from its borders and illegally detaining them before returning them to Turkey. Although evidence from such events has been documented, the Greek side denies them.

"Greece has a tough but fair policy on migration," Prime Minister Kyriakos Mitsotakis told the U.K. breakfast television program "Good Morning Britain" on ITV, noting that the country has accepted more than 50,000 asylum applications in the last three years and that no one can accuse it of not respecting human rights.

"I have an obligation to protect our borders" and he called on Turkey to honor its own side the EU-Turkey Joint Statement of 2016.