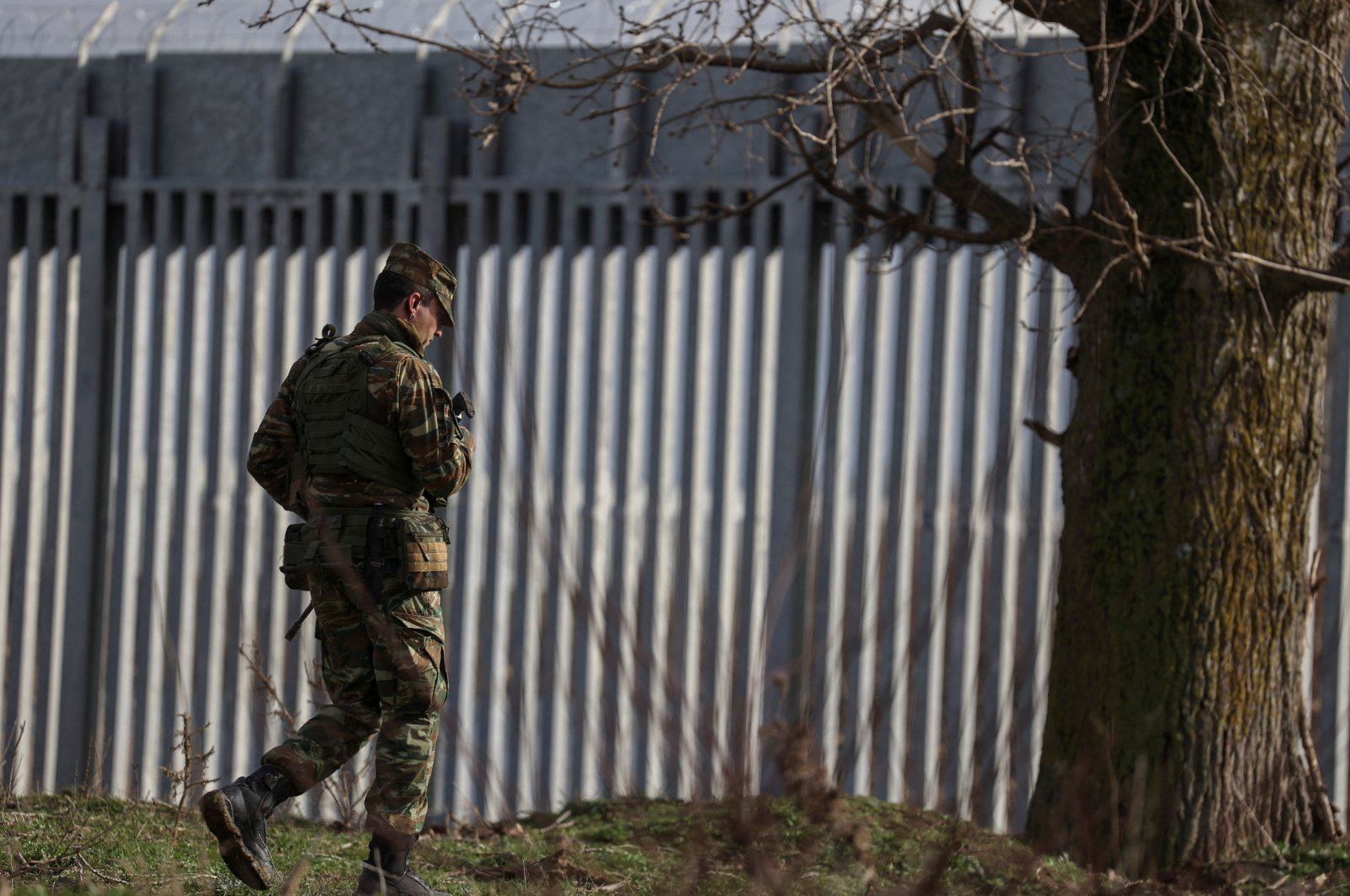 A Greek Army officer walks next to a border fence, built to prevent migrant crossings, during a press tour at the Greek-Turkish border, near the village of Poros, Evros region, Greece, Jan. 21, 2023. (REUTERS Photo)
by Daily Sabah with Agencies Jan 22, 2023 9:12 am
RECOMMENDED

Greece will almost double the length of the 5-meter-high (16-foot-high) steel fence along its river border with Türkiye, while Athens called on the European Union to support its fight against migration.

The fence, already 37.5 kilometers (23 miles) long, is to be extended by 35 kilometers along the river, which is known as the Evros to the Greeks and as the Meriç to the Turks, said Greek Civil Protection Minister Takis Theodorikakos on Saturday during a visit to the construction site.

The new fence will cost around 100 million euros ($108 million) and will be financed by the Greek budget, he added. Theodorikakos was accompanied by the ambassadors of the EU, Switzerland and Britain, Greece's ERT state television reported.

According to the minister, around 400 people try to illegally enter Greece and thus the EU from Türkiye every day.

“The task (of protecting the border) needs the support of the European public, the European Union itself and its constituent members individually. It is our steadfast position that member states of first reception cannot be (the migrants’) only European destination(s). There must be solidarity among member-states and a fair sharing of duties. Close coordination is a must,” said Theodorikakos.

The EU’s border protection agency, Frontex, will add another 400 border guards in Greece – 250 of them in February – to the existing 1,800-member force, he added.

Türkiye and Greece have frequently traded barbs over irregular migrants.

Ankara and international human rights groups have repeatedly condemned Greece's illegal practice of pushing back asylum-seekers, saying it violates humanitarian values and international law by endangering the lives of vulnerable people, including women and children.

In recent years, hundreds of thousands have made short but perilous journeys across the Aegean to reach Northern and Western Europe in search of better lives. Hundreds of people have died at sea as many boats carrying refugees sank or capsized. The Turkish Coast Guard Command has rescued thousands of others.