Greece to install new wall against migrants at Turkish border 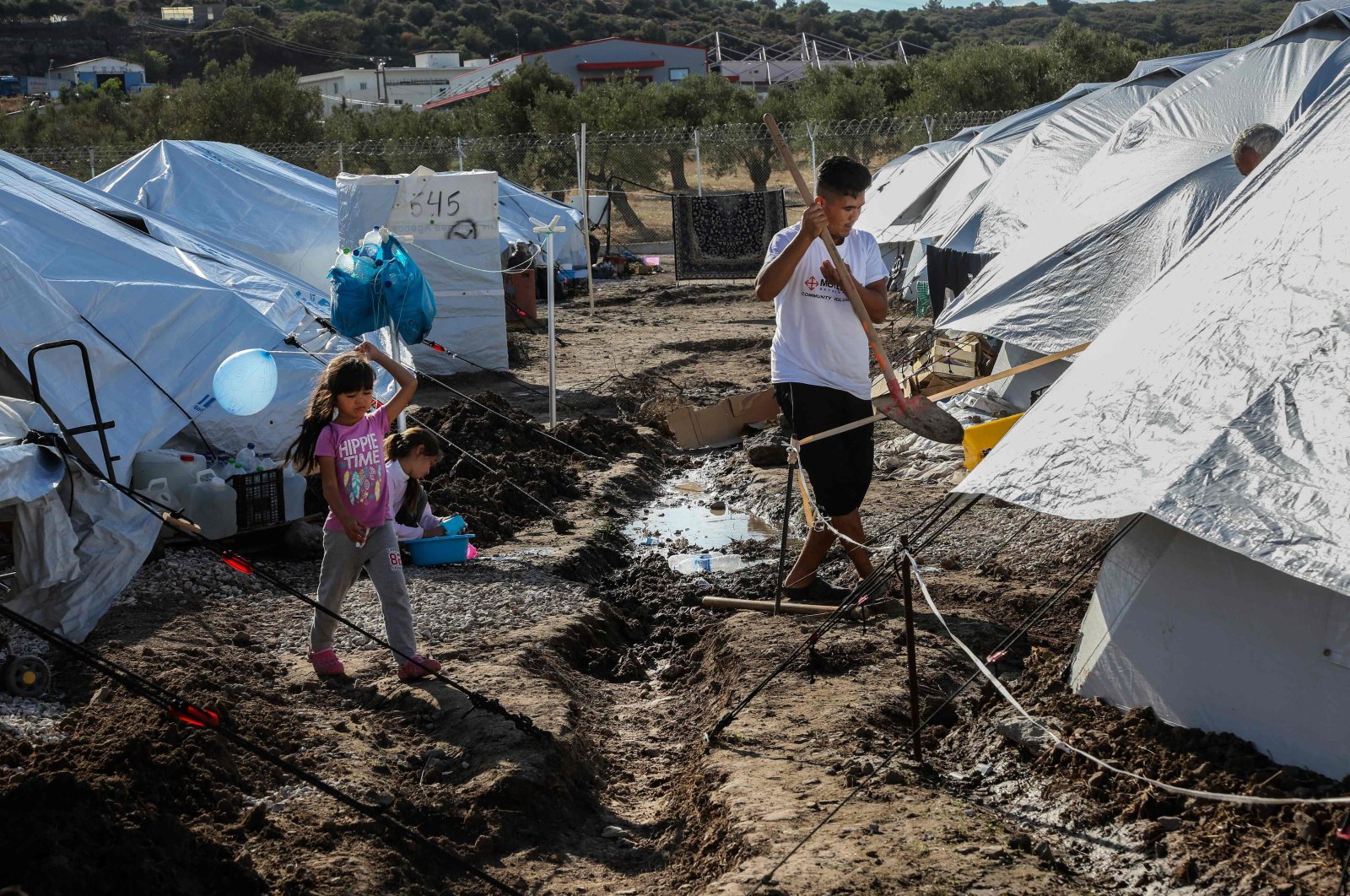 Greece has finalized plans to extend a wall along its northeast border with Turkey, over concerns that migrants may try to stage mass crossings into the European Union country, the Greek government said Monday.

"The premier has pledged to visit the area again by April when the project is expected to be completed," Kyriakos Mitsotakis' office said in a briefing note.

The government is also hiring an additional 400 border guards for the northeastern Evros area and will upgrade an existing 10-kilometer (6 miles) stretch of the border fence, the PM's office said.

Government spokesperson Stelios Petsas said Monday that 26 kilometers (16 miles) of the wall would be added to an existing 10-kilometer (six-mile) section in a 63-million-euro ($74 million) project due to be completed by the end of April.

The wall will be made using galvanized square steel tubes and concrete foundations, according to Greece’s public order ministry.

The 26-kilometer barrier in Evros was announced after Turkey in March decided not to prevent migrants from crossing the Greek border, which led to thousands arriving to cross into the EU via Greece. Greek security forces were deployed to prevent people from entering at the time. The EU border agency Frontex was also stationed at the Greek-Turkish border.

Greece responded harshly to the undocumented migrants trying to enter the country after Ankara decided to open its borders, killing at least three and battering and teargassing many others, as verified by human rights groups. The Greek government also suspended access to asylum for 30 days for people irregularly entering the country.

On the other hand, Athens said Turkish police and gendarmerie tried to help the migrants break through by providing wire cutters and firing tear gas at the Greek border guards.

Kathimerini daily in August said the coastguard was skeptical about using it to stop migrant boats and more likely to use the 500,000-euro ($585,749) barrier in anti-pollution training.

"The barrier has been delivered to the coastguard for use as it deems fit," Migration Minister Notis Mitarachi said this week, without elaborating.

Rights groups had criticized the barrier as potentially life-threatening to asylum-seekers in overflowing dinghies who often require rapid rescue.

It was also reported last week that Greece is setting up controversial soundwave guns near the border with Turkey to prevent migrant crossings.

The country is planning to use long-range acoustic devices (LRADs) near Alexandroupoli (Dedeağaç) across from northwestern Turkey's Edirne province along the Maritsa (Meriç) River to dissuade crowds of migrants from crossing the border into Greece on foot or by boat.

LRAD systems have been criticized for their use in crowd control due to their high decibel capacity as they were originally designed for long-range communications and are considered sonic weapons.

The devices can cause hearing damage and other health implications. They are used by law enforcement agents in the U.S., the Czech Republic, Japan, Spain, Poland and the U.K.

Greek forces push back migrants, refugees and asylum-seekers either from land or sea and in some cases, torture and mistreat them, seize their personal belongings, put their lives at risk and even cause their deaths, in violation of international law.

Turkey, which hosts about 5 million migrants, accuses Greece of large-scale pushbacks – summary deportations without access to asylum procedures, in violation of international law. It also accuses the European Union of turning a blind eye to what it says is a blatant abuse of human rights. The Turkish coast guard said it rescued over 300 migrants "pushed back by Greek elements to Turkish waters" last month alone. Citing what they say are credible reports, international rights groups have called repeatedly for investigations.

Other rights groups and refugee organizations, including the U.N. refugee agency, have repeatedly called on Greece to investigate what they say are credible reports and testimony of such expulsions occurring.

"UNHCR is particularly concerned about the increasing reports, since March 2020, of alleged informal returns by sea of persons who, according to their own attestations or those of third persons, have disembarked on Greek shores and have thereafter been towed back to sea," the agency said in August.