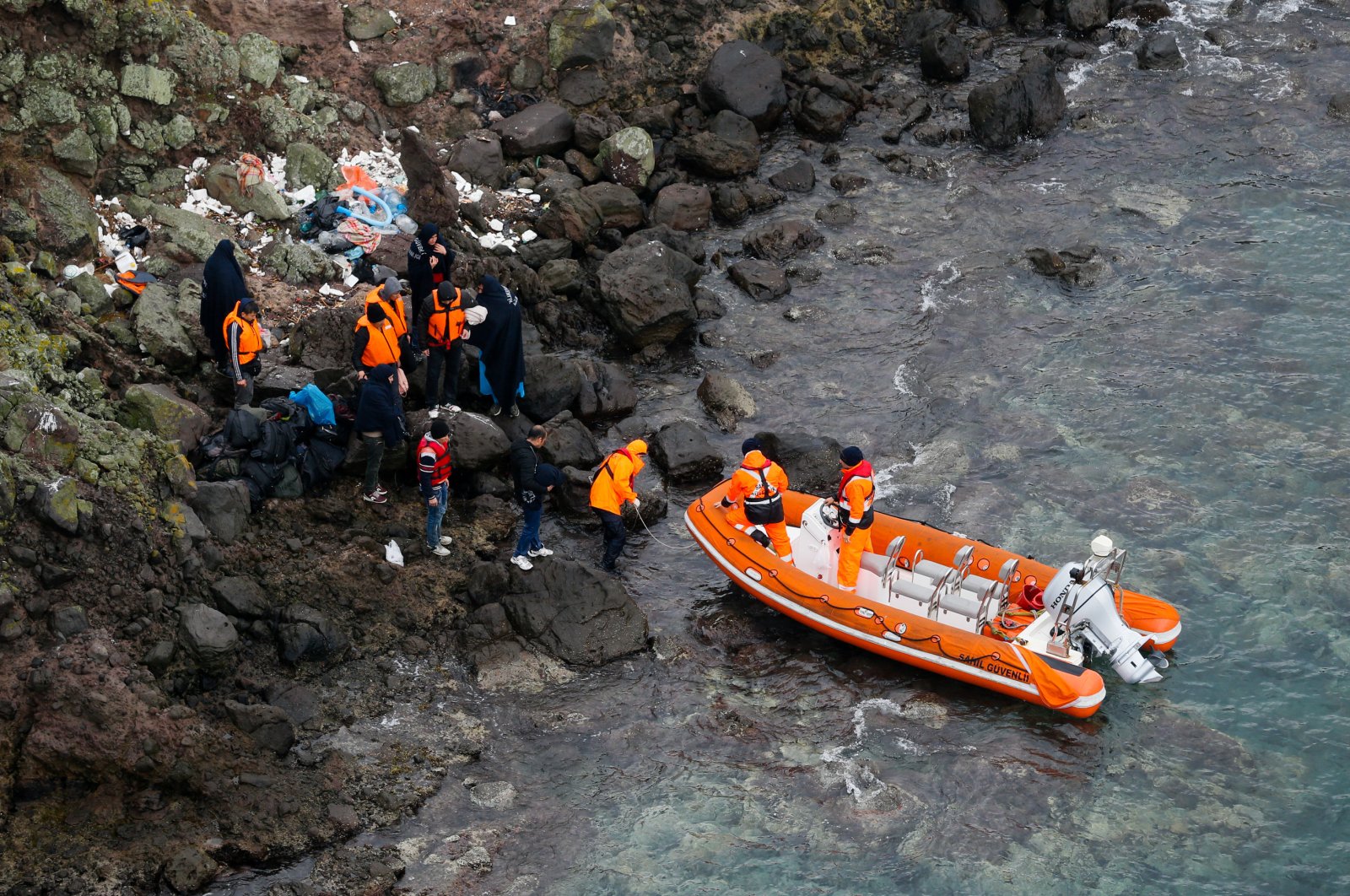 Greek coast guards, frequently criticized by rights groups for their treatment of migrants, have pushed 48 asylum-seekers back to Turkey, which constitutes a violation of international human rights.

According to Interior Ministry officials speaking to Anadolu Agency (AA), Turkish coast guards rescued the desperate migrants and asylum-seekers who were left to fend for themselves by the Greek guards.

Greece had announced to the Turkish coast guard that a migrant boat was off the shores of western Çanakkale province’s Ayvacık district just after 6 a.m. on Wednesday. Turkish officials who went to the scene upon Greece’s announcement and determined that the boat was on the Greek side.

Thereupon Greek coast guards pushed back the boat instead of helping the migrants and putting their lives at risk.

The migrants consisting of 25 Afghans, 22 Congolese and an Iranian were once again rescued by Turkish officials after their motor was put out of use and their fuel was seized.

The Turkish Foreign Ministry in March said: "Greece does not protect the borders of the European Union; to the contrary, (it) disgracefully tramples on the very principles and values this Union was built upon, by treating the migrants coming to its gates as enemies instead of human beings."