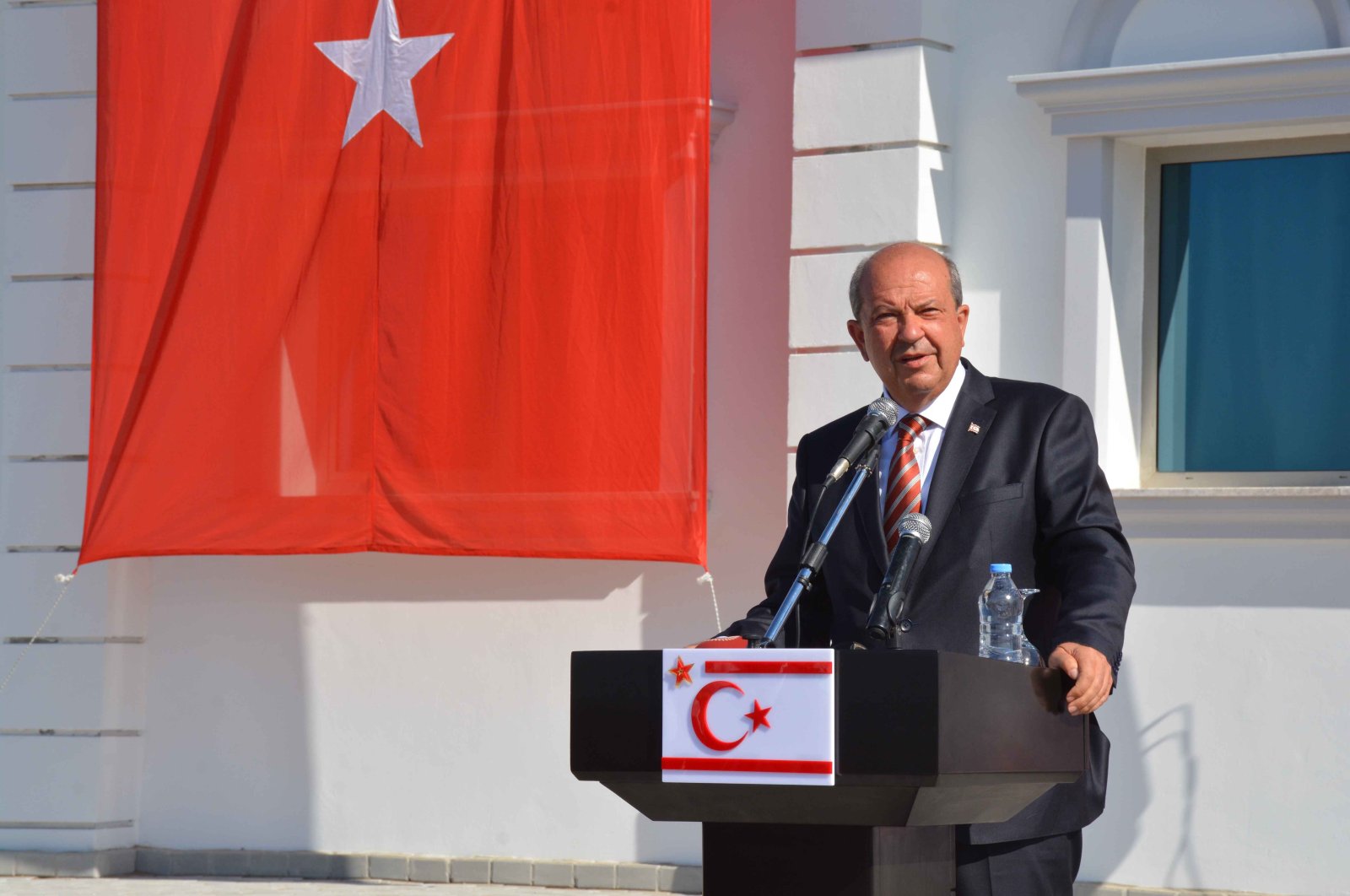 Reiterating that a federal solution does not suit the realities of the island, TRNC President Ersin Tatar called on the Greek Cypriot side to focus on the two-state solution

The Greek Cypriot administration should give up on its insistence for a federal solution to the Cyprus problem and instead focus on result-oriented talks, Turkish Republic of Northern Cyprus (TRNC) President Ersin Tatar said Sunday.

The Greek Cypriot administration leader should work on ways to realize a two-state solution and institutional cooperation on the island, a statement said.

Tatar criticized the Greek side for trying to shoot down the proposed solution that was discussed for the first time during the U.N. 5+1 Geneva conference this April.

Rebuffing Greek Cypriot leader Nicos Anastasiades' suggestion that Turkish Cypriots should return to the constitution of decades ago before ethnic strife wracked the island, Tatar said Anastasiades should instead focus on starting result-oriented negotiations based on the vested rights of both sides and the current reality of the island.

"It is time for reconciliation, cooperation and action for stability. The path to realistic and sustainable reconciliation is through taking brave steps forward, not backward, in accordance with the changing conditions of our island, region and the world," Tatar said.

Tatar’s criticism comes after he stated last week that the TRNC may hold talks with U.N. officials as well as the Greek Cypriot administration in September in New York.

Tatar underlined that it is not possible to remove two separate states that have been living side by side for 60 years and form a new partnership through an imposed solution.

Tatar highlighted that the federation solution defended by the Greek side aims for a continuation of the “Republic of Cyprus” and the removal of the TRNC.

Besides the disagreements on the future of the island, the Greek Cypriot administration and the TRNC also disagree on the sharing of natural resources.

The Eastern Mediterranean, with Cyprus as a key actor, has been one of the main issues of dispute between Turkey, the EU and Greek Cypriots in the past year.