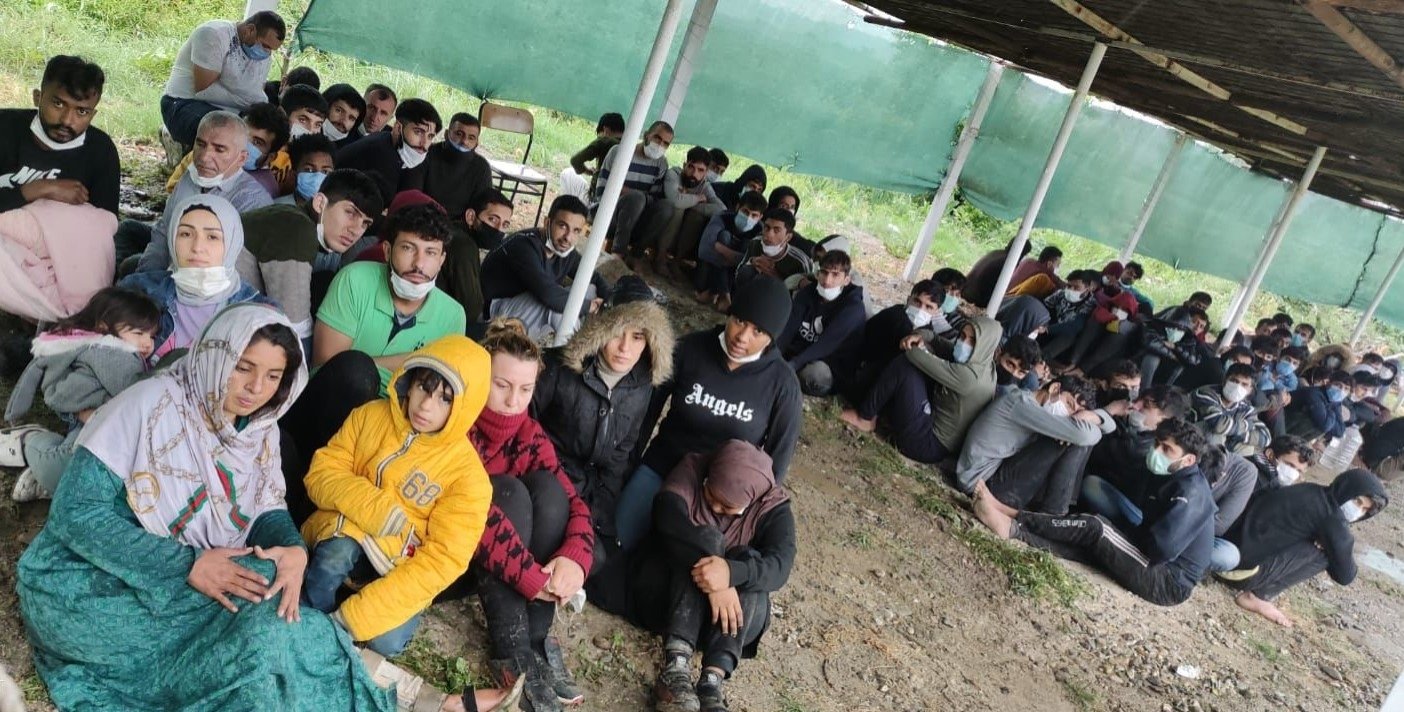 Migrants that were left stranded by Greek forces on an islet on the Maritsa River, were rescued by Turkish forces, May 24, 2021 (Courtesy of the Defense Ministry)
by DAILY SABAH May 24, 2021 11:21 am
RECOMMENDED

Greek forces have left 81 migrants on an islet in the Meriç (Maritsa) River after mistreating them, the Turkish Defense Ministry stated Monday.

“81 irregular migrants were maltreated and kept without food and water after their belongings were taken by Greek personnel who then attempted to illegally deport them to Turkey. The immigrants were saved in the Meriç River where they were left,” the ministry said.

A similar incident happened on the weekend, when Greek authorities once again assaulted asylum seekers before illegally pushing them back toward Turkish waters Saturday.

Turkey and human rights groups have repeatedly condemned Greece’s illegal practice of pushing back asylum-seekers, saying it violates humanitarian values and international law by endangering the lives of vulnerable migrants, including women and children, yet similar incidents keep occurring.