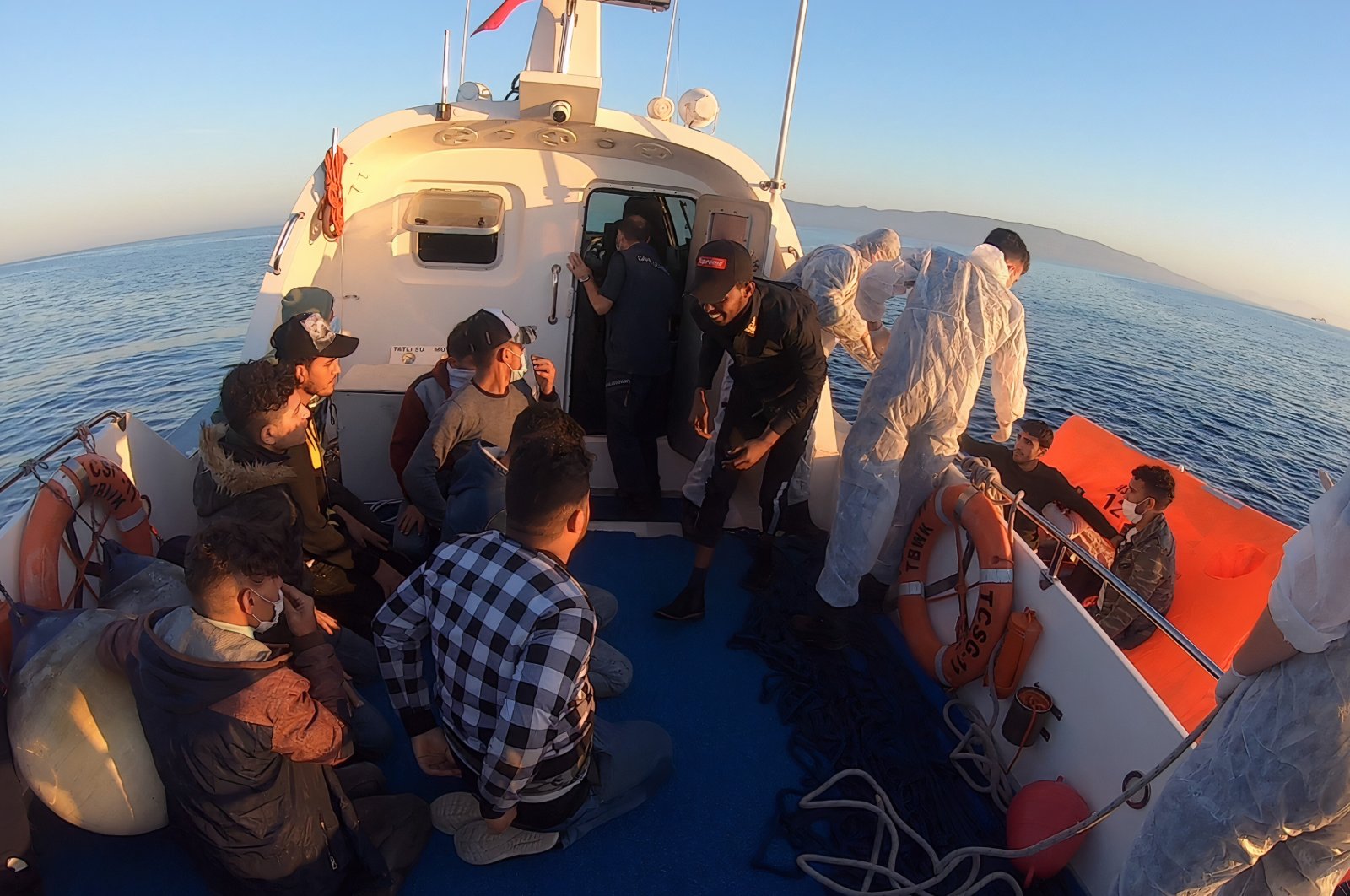 Some 25 irregular migrants pushed back by Greece were rescued by the Turkish coast guard near the coast of Muğla province's Datça district, Turkey, May 20, 2021. (DHA Photo)
by DAILY SABAH May 23, 2021 2:39 pm
RECOMMENDED

Greek authorities have once again beaten asylum-seekers before pushing them back illegally toward Turkish waters, the Turkish Defense Ministry stated on Saturday.

Turkish security forces rescued a total of 42 asylum-seekers pushed back by Greece.

In a Twitter post, the ministry said Greek personnel had beaten and held the asylum-seekers without food or water before attempting to illegally send them to Turkey after having taken their shoes, money and identification documents.

It added that Turkish security forces in the northwestern province of Edirne rescued the asylum-seekers at the Turkish-Greek border and handed them over to the provincial gendarmerie command.

In footage posted by the ministry, one of the asylum-seekers said they had crossed to Greece through the Uzunköprü district of Edirne two days ago.

"Greek police caught us ... After they caught us, they took off our pants and beat us. They didn't give us food and water for two days," he said.